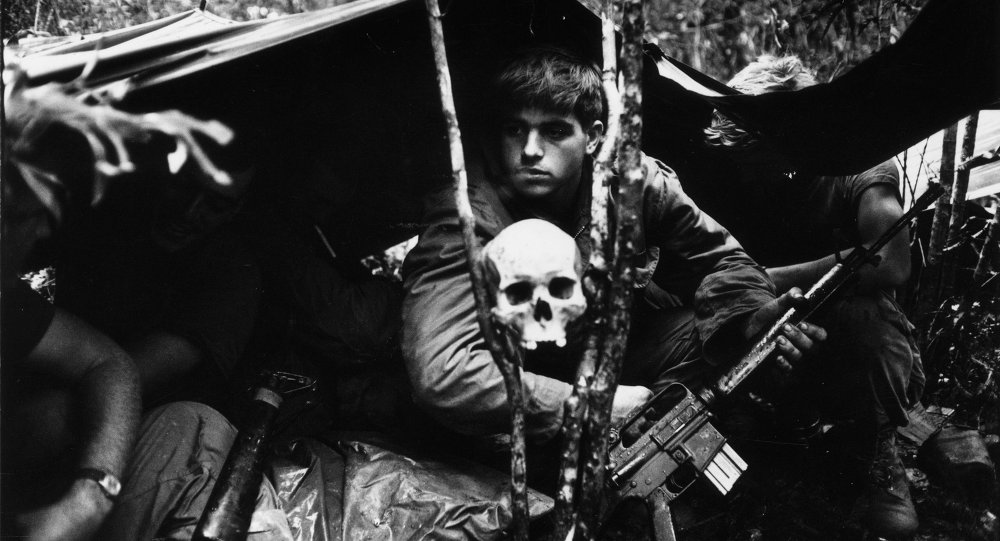 US War Machine Repeating Mistakes It Made in the Sixties - Esquire

Washington has completely forgotten its past mistakes, and now the situation in Syria and Iraq is compelling the US to adopt 60's-era tactics which could embroil the country in two distant civil wars, Vietnam-style, Esquire writer Charles P. Pierce believes.

While Barack Obama is considering whether to approve the escalation of America's role in Iraq and Syria and moving US troops closer to the front lines, the journalist says that the whole scenario makes him reminisce about the late 60s and the Vietnam War.

"[60's Defense Secretary] Robert McNamara and [top Vietnam War General] Creighton Abrams are starting to appear in my mind's eye, pointing down a long, dark tunnel at the lights of an oncoming train," Pierce wrote.

With Obama's approval, American troops would be directly involved in combat in Syria and Iraq, and a limited number of Special Operations forces would be positioned on the ground in Syria for the first time.

© Flickr / The U.S. Army
What Does the Pentagon Mean by 'Advisers' in Syria, Anyway?
The announcement made by Defense Secretary Ashton Carter about the change in US military strategy indicates that Washington has acknowledged the complete failure of the "train and equip" program for rebels in Syria. Last month the head of US Central Command General Lloyd Austin said that some "four or five" fighters trained under the program were still in the field. The disastrous $500 US training program had been expected to prepare 5,400 'moderate opposition' troops in Syria but ultimately yielded only 54 as of July.

The current dissatisfaction of the White House with the progress in the fight against ISIL, enhanced by Russian airstrikes against the terrorist group, could trigger the Pentagon to step up the confrontation. This could entail "direct action on the ground."

The Esquire journalist condemned the pressure Defense Secretary Ashton B. Carter has put on the US military to expand its involvement in long-running overseas conflicts.

"There could be hundreds of American kids interred in those two words — 'for now'-along with god knows how many Syrians and Iraqis."

The journalist shared his concern that implementing the changes in the confrontation could cost too many lives without bringing about any significant changes to the political circumstances in Iraq and Syria that have helped the Islamic State thrive.

© AP Photo / Evgeny Kraws
US Sliding Into Vietnam-Style War in Ukraine – Stephen Cohen
He added that US foreign policy in the Middle East is so twisted, it's not even funny. He cites the example of Iran-backed Shiite militias whom the US is supporting in Iraq and opposed to in Syria, as they support Syrian President Bashar Assad; the US has demonized the country's secular leader and wants him out of office.

The journalist called for remembering the folly of getting involved in a distant civil war and advised that the US should learn lessons from the mistakes of the past.