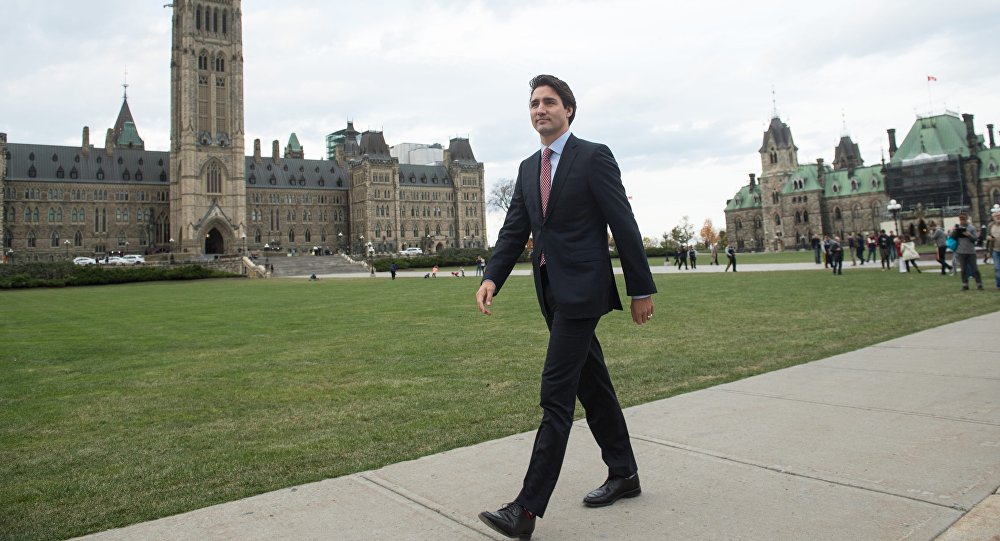 © Sputnik / Vitaliy Ankov
Establishment of Trade Associations Should Be Response to TPP
WASHINGTON (Sputnik) — Canada’s newly-elected Liberal Party government will eventually approve the Trans-Pacific Partnership (TPP) free trade agreement after taking it to parliament for discussion, albeit the timeline might be driven by political developments in the United States, experts told Sputnik on Wednesday.

"I think that he [Trudeau] will take the TPP agreement to parliament, have it discussed in the trade committee… but ultimately will approve it," Canadian international trade attorney Mark Warner told Sputnik on Wednesday.

By submitting the TPP to parliament for review, Warner noted, Trudeau would be going one step further than incumbent Prime Minister Stephen Harper’s Conservative Party.

Trudeau could afford a parliamentary review because there is little risk of the trade agreement being amended given that the Liberal Party will have a majority to force a binding "up and down" vote, he said.

One caveat to the TPP approval process in Canada, Warner added, is that it could be delayed based on whether US President Barack Obama can fast-track the deal through Congress in the spring.

The political advisors around Justin Trudeau, Warner claimed, are also very close to the White House, including former Obama aide David Axelrod, who will want to protect the US president’s legacy and ensure TPP is implemented.

"If this thing [TPP] is going to be submitted for fast-track in the US Congress in the spring, I don’t think the Liberals would want to be seen as sticking something into the eye of Obama," Warner argued.

If the TPP deal fails to pass on the Obama timetable, Warner suggested, the Liberals might wait for the next US President to take office, assuming it is anti-TPP candidate Hillary Clinton, to reopen the debate and provide an opportunity for Canada to renegotiate better terms.

© REUTERS / Chris Wattie
Should We Expect a Thaw in Russia-Canada Relations?
University of British Columbia Sauder School of Business Professor Mauri Levi told Sputnik that the Liberal Party’s victory will have little impact on the final outcome of the TPP free trade agreement.

"Prime Minister-elect Trudeau has stated clearly that he and the Liberal Party are pro-trade, and while the new government will review the TPP, it will do so with a favorable attitude," Levi said. "Hence, I don't think the election will have much, if any, effect."

On Monday, Obama and Trudeau discussed the importance of implementing the TPP agreement and strengthening US-Canadian trade relations, the White House said in a statement.