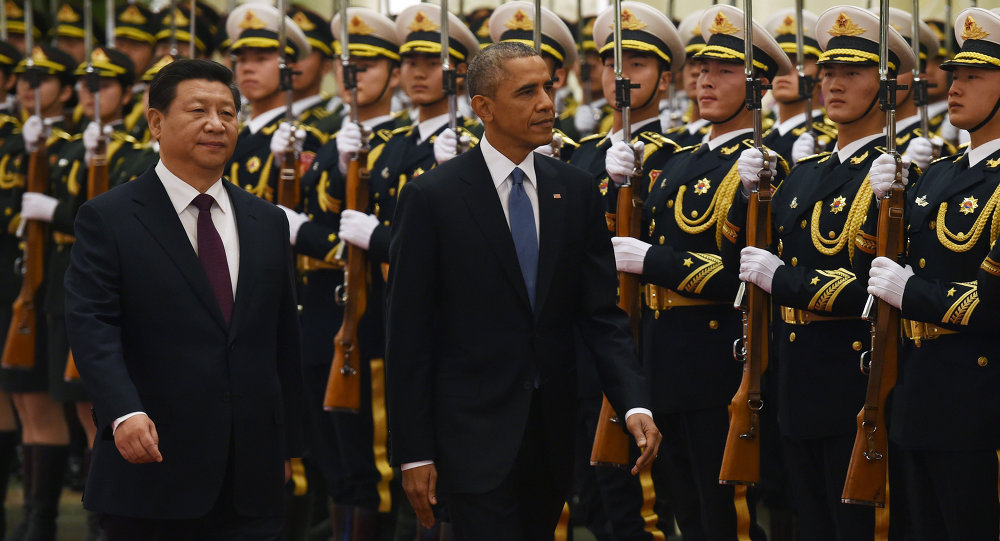 Winner-Takes-All Approach: US Cutting Own Throat by Humiliating China

Chinese President Xi Jinping is planning to visit the United States on September 25 while Washington, all guns blazing, is pushing ahead with its propaganda campaign against Beijing and beefing up its military presence in Asia Pacific, US academic James Petras notes.

While American IT corporations value their cooperation with Beijing in the high-tech field, US banking elites and Washington hawks are up in arms about China's rapid economic rise, James Petras, a retired Bartle Professor Emeritus of Sociology at Binghamton University, New York, points out.

© Flickr / US Pacific Fleet
Pax Americana: True Military Might or Glitch in the Matrix?
"As President Xi Jinping prepares for his first US visit as China's leader on September 25, with the aim of extending economic ties between Chinese and US business… the Obama regime has threatened to impose a series of punitive sanctions against Chinese companies and individuals for 'cyber-espionage,' essentially undermining the purpose of his trip," Professor Petras remarked in his article for Global Research.

According to the American academic, Washington is deliberately escalating tensions with Beijing, making attempts to "criminalize" the country and accusing it groundlessly of cyber espionage, at the same time playing down China's technological breakthroughs.

The US authorities even went so far as to arrest several Chinese scientists and issue warrants for others charging them with data theft. Needless to say, the charges against several of them were "quietly dropped" later for lack of evidence.

Washington remains remarkably silent about its own large scale clandestine campaign aimed at spying on Beijing and using major American IT corporations working in China as "a principal vehicle for data theft."

"US military bases have expanded and a huge naval armada patrols China's maritime frontier. There are US fighter planes flying over Beijing's reclaimed island installations while the US State Department goads China's neighbors to stake their own territorial claims in the South China Sea," he added. 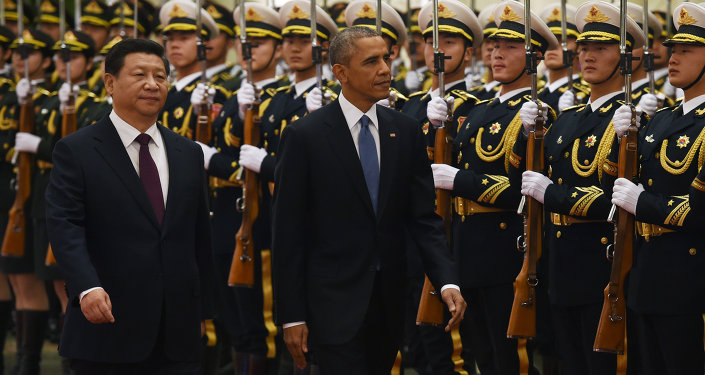 © AFP 2019 / Greg BAKER
Who Wants a Third World War?
In contrast with Wall Street tycoons and Washington hawks, America's high tech elite do not want to aggravate tensions with the Chinese. China still remains an exceptionally lucrative market for US' tech titans.

"The high tech multinational corporations are eager to welcome China's President Xi on his visit, viewing it as an opportunity to mend and expand relations. The Silicon Valley-Seattle corporate elite oppose sanctions while the White House claim to be acting on their behalf," the professor stressed, adding that Apple, IBM, CISCO, Qualcomm have already declared that they would rather comply with Beijing's strict regulations than "face big losses or total exclusion from the Chinese market."

The American financial elite, however, favors a "winner-takes-all" approach, planning to coerce Beijing into submission.

Ludicrously, they are claiming that China is facing a recession while the country's projected annual growth has decreased from 7.3 percent just to 7.0 percent.

"If the EU and the US grew at half that rate, the financial scribes would claim an 'economic miracle'!" the professor noted ironically.

© AP Photo / Xinhua, Li Tang
Will Chinese Aircraft Carriers Become a 'Nightmare' for US Navy?
Professor Petras warned that Washington's sanctions policy against Beijing is sure to backfire.

The Obama administration is playing into hands of the US big banking sector and neocon warmongers, neglecting corporate American interests — "whether it is US oil interests in Iraq and Libya, or IT corporations in China."

Obama's anti-China campaign "will lead to lifeless cranes in empty Pacific coast ports and rusting container ships; profit losses and vacant country clubs in Silicon Valley and lost sales for US auto companies. The list is endless but the consequences are clear," Petras warned.

China Could Compete With US Financial Hegemony – Uhuru Movement