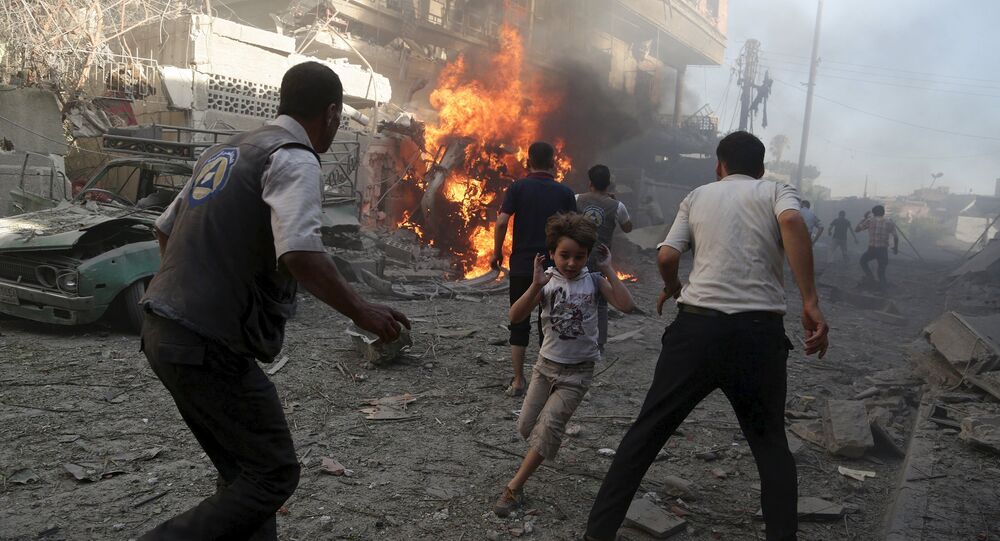 Tehran sees no viable alternative to Vladimir Putin's plan aimed at eradicating the threat posed by ISIL in Syria and Iraq, Iranian expert Emad Abshenas told Sputnik Persian, adding that Russia and Iran have "great potential" for fighting terrorism in the Middle East.

© Sputnik
Crying Wolf in Syria: US Playing 'Russian Aggression' Card Again
Germany's Christian Social Union (CSU) politicians are demanding that the West should resume cooperating with Russia; the CSU leader pointed out that the Syrian crisis cannot be solved and kept under control without Russia and its leader Vladimir Putin, as quoted by Der Spiegel.

According to the editor-in-chief of the Iran Press newspaper and Sputnik Persian expert Emad Abshenas, the West is actually reaping what it sowed through its disastrous policy of fuelling terrorism in the Middle East.

"The West is the main playwright and director of the Syrian crisis. And the root cause of the Middle Eastern turmoil lies in the West's intention to impose its own will on the countries of the region. The West's ultimate goal is to implement the Libyan scenario in Syria and Iraq," Abshenas told Sputnik Persian.

© AP Photo / Bernd von Jutrczenka
Syria, Iraq Refugees Blaming US for Their Troubles
The expert stressed that Russia and Iran have been sharing the same stance on the issue since the very beginning of the Syrian civil war. The cornerstone of Moscow's and Tehran's strategy lies in supporting the democratically elected government of Bashar al-Assad in Syria.

Moscow and Tehran sees no alternative to a diplomatic solution to the Syrian conflict, the expert noted.

In addition, Russia and Iran have reached tacit agreement on a counter-terrorism strategy in the Middle East and urge the region's powers to team up in order to eliminate the menace, Abshenas pointed out.

Only in close cooperation the Middle Eastern states could eradicate terrorism. The problem has acquired new meaning today, when the extremism's "tentacles" are spreading across Europe, the expert warned.

"Undoubtedly, Russia and Iran share the same stance on the issue. Moreover, our countries have great potential for fighting terrorism in the region," Emad Abshenas told Sputnik Persian.

Indeed, Putin's plan aimed at settling down the Syrian crisis included creating a wide anti-terrorism front of Syrian, Iraqi and Kurdish military forces to counter the notorious Islamic State. It is expected that Bashar al-Assad will stay in power, while the new collation government will be formed with the assistance of international observers.