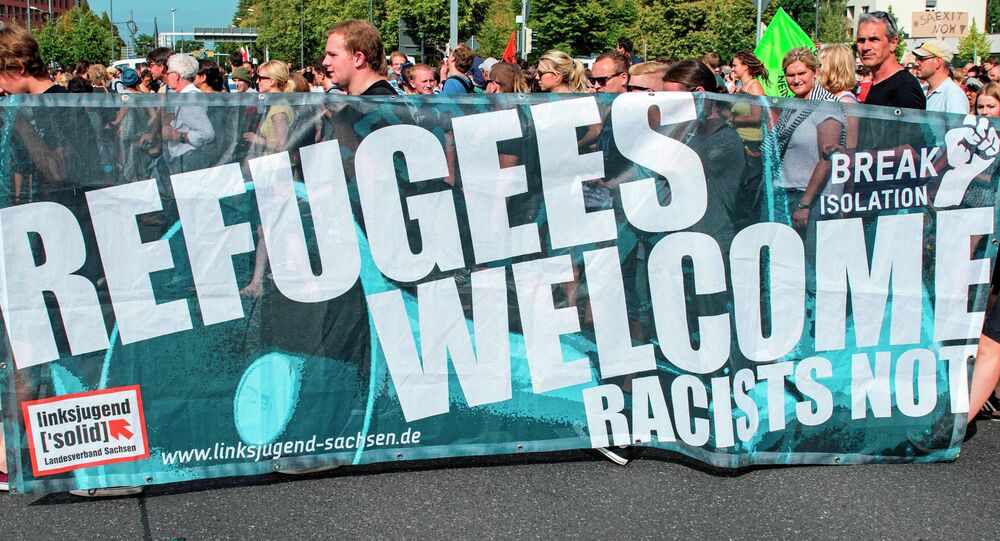 Experts are united in saying that Germany has been doing its best to deal with the migration crisis in Europe, while Austria and Hungary have opted to 'reduce exposure'.

MOSCOW (Sputnik), Daria Chernyshova — Germany has been doing its utmost to respond to the migration crisis in Europe, while other EU countries, such as Austria and Hungary, have opted to reduce exposure, experts told Sputnik on Friday.

The European Union is struggling to cope with a massive migration crisis, as hundreds of thousands of people attempt to cross into the bloc, fleeing violence in their home countries, mainly in Africa and the Middle East.

"The fact remains that the German response has been extraordinary. Germany has basically opened its doors widely," Demetrios Papademetriou, the president of Brussels-based Migration Policy Institute Europe, said.

Papademetriou noted that for the past 10 days German Chancellor Angela Merkel has been "leading and pushing from the front" in the chaotic situation that Europe is facing.

Germany is expecting some 800,000 refugees this year, according to the country's Interior Ministry, which will cost Berlin from 1.8 billion to 3.3 billion euro ($2 billion to $3.7 billion) in 2016, the German federal minister of labor and social affairs has said.

The estimated cost for accommodating the refugees is bearable, since 3.3 billion euro is only about 1 percent of federal spending, Panu Poutvaara from Ifo Center for Migration told Sputnik.

"The decision to grant asylum is based on humanitarian criteria. The effect of refugees on the German economy depends on their education, age, and job opportunities. There is a good chance that those who get a job will eventually benefit German economy," Poutvaara said.

At the same time, some EU member states, such as Austria and Hungary, have been seeking to "reduce exposure" by introducing stricter border controls and construction of anti-migrant border fences.

Migrant Flood in Germany as 2,500 Refugees Arrive From Austria, Hungary
Papademetriou argued that Europe was giving the refugees the incentive to arrive, as its lack of policy let the migrants think they could stay in the European Union legally or illegally "if they can only get to Europe."

However, a large number of Syrian refugees are middle-class refugees, who were able to pay smugglers to take them to Europe, which indicates that "as a result they bring a lot of human capital," Papademetriou told Sputnik.

Over 340,000 undocumented migrants managed to illegally enter the bloc in the first seven months of 2015, according to the European Union's external border protection agency, Frontex.

Since the outbreak of the Syrian Civil War in 2011, some 7.6 million people have been internally displaced and another 4 million people are living as refugees outside the country, according to UN estimates.

Get On Board! Brussels Urges EU Leaders to Agree On Solving Refugee Crisis