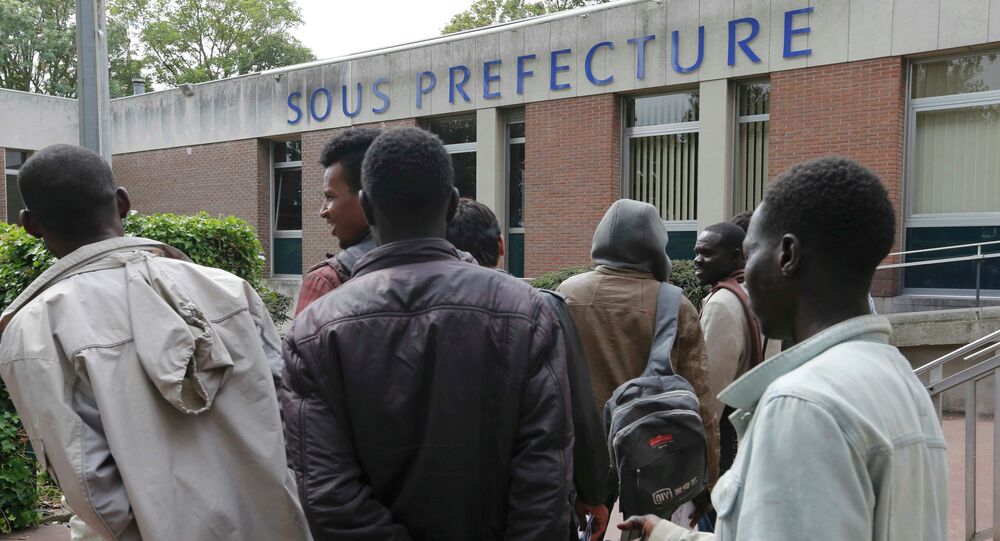 Earlier in the week, German Chancellor Angela Merkel said that if EU member states failed to redistribute migrants throughout the bloc, the future of the Schengen agreement would be called into question.

© AP Photo / Wolfgang Kumm
Germany Shamed Schengen Zone Shake-up
MOSCOW (Sputnik), Anastasia Levchenko — If members of the European Union do not unite in addressing the migrant crisis, basic principles of the bloc may be in danger, the deputy director of Germany's non-profit research organization Institute for the Study of Labor (IZA) told Sputnik.

Earlier in the week, German Chancellor Angela Merkel said that if EU member states failed to redistribute migrants throughout the bloc, the future of the Schengen agreement would be called into question.

"If certain countries are not willing to act and get involved in this humanitarian crisis, this will ultimately question the existence of the Schengen area. The free movement of persons is one of the cornerstones of the European Union. Challenging this principle puts the entire European idea at risk," Ulf Rinne said.

Europe is now divided over the unprecedented influx of migrants. While the Western countries press for a mandatory quotas for migrants’ relocation, poorer states in Eastern and Central Europe are reluctant to share the burden of accepting a high amount of migrants.

"For instance, the current migration crisis needs to be addressed by a coordinated European approach. Establishing a transparent quota system for refugees would be a first step to demonstrate common responsibility," Rinne said.

In order to tackle the crisis, the European Commission has proposed to introduce a mandatory quota system to relocate and resettle undocumented migrants and refugees within the bloc, but it has faced rejection by several European nations.

On September 9, the Commission is expected to announce its proposals for a permanent mechanism to ensure "a fair distribution" of refugees among the EU member states

On Thursday, Italian, German and French foreign ministers signed a document urging to give "a strong European response" to the migrant crisis and stressing the necessity of fair distribution of refugees between the EU member states.