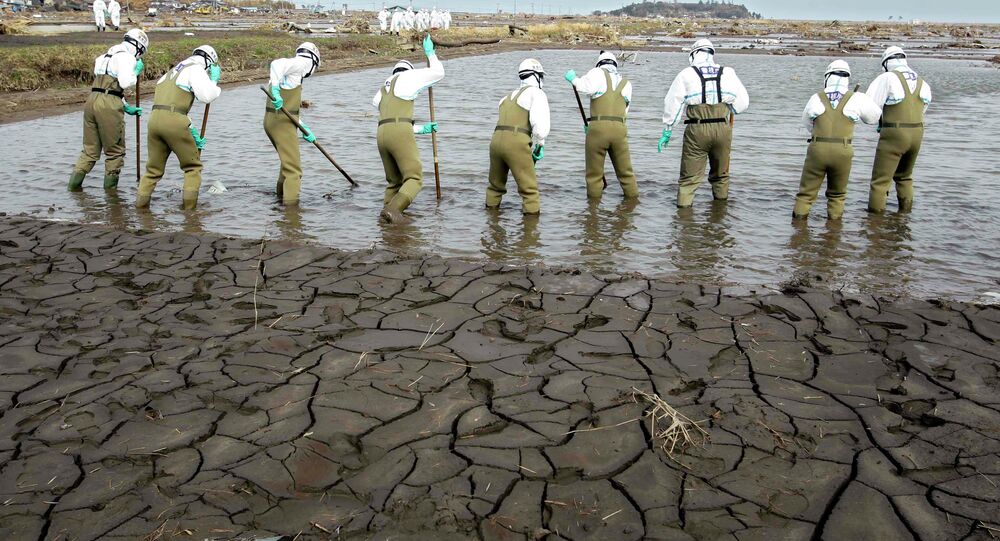 The Japanese government is still in denial and refuses to recognize the disastrous consequences of the Fukushima nuclear catastrophe, London-based independent consultant on radioactivity Dr. Ian Fairlie states, adding that while thousands of victims have already died, thousands more will soon pass away.

© Flickr / IAEA Imagebank
Mutant Daisies Near Fukushima Nuke Disaster Site Go Viral (PHOTO)
According to London-based independent consultant on radioactivity in the environment Dr. Ian Fairlie, the health toll from the Fukushima nuclear catastrophe is horrific: about 12,000 workers have been exposed to high levels of radiation (some up to 250 mSv); between 2011 and 2015, about 2,000 died  from the effects of evacuations, ill-health and suicide related to the disaster; furthermore, an estimated 5,000 will most likely face lethal cancer in the future, and that is just the tip of the iceberg.

What makes matters even worse, the nuclear disaster and subsequent radiation exposure lies at the root of the longer term health effects, such as cancers, strokes, CVS (cyclic vomiting syndrome) diseases, hereditary effects and many more.

Embarrassingly, "[t]he Japanese Government, its advisors, and most radiation scientists in Japan (with some honorable exceptions) minimize the risks of radiation. The official widely-observed policy is that small amounts of radiation are harmless: scientifically speaking this is untenable," Dr. Fairlie pointed out.

The Japanese government even goes so far as to increase the public limit for radiation in Japan from 1 mSv to 20 mSv per year, while its scientists are making efforts to convince the International Commission on Radiological Protection (ICRP) to accept this enormous increase.

"This is not only unscientific, it is also unconscionable," Dr. Fairlie stressed, adding that "there is never a safe dose, except zero dose."

However, while the Japanese government is turning a blind eye to radiogenic late effects, the evidence "is solid": the RERF Foundation which is based in Hiroshima and Nagasaki is observing the Japanese atomic bomb survivors and still registering nuclear radiation's long-term effects.

"From the UNSCEAR estimate of 48,000 person Sv [the collective dose to the Japanese population from Fukushima], it can be reliably estimated (using a fatal cancer risk factor of 10% per Sv) that about 5,000 fatal cancers will occur in Japan in the future from Fukushima's fallout," he noted.

The expert also pointed to the 15 percent drop in the number of live births in the prefecture in 2011, as well as higher rates of early spontaneous abortions and a 20 percent rise in the infant mortality rate in 2012.

"It is impossible not to be moved by the scale of Fukushima's toll in terms of deaths, suicides, mental ill-health and human suffering," the expert said.