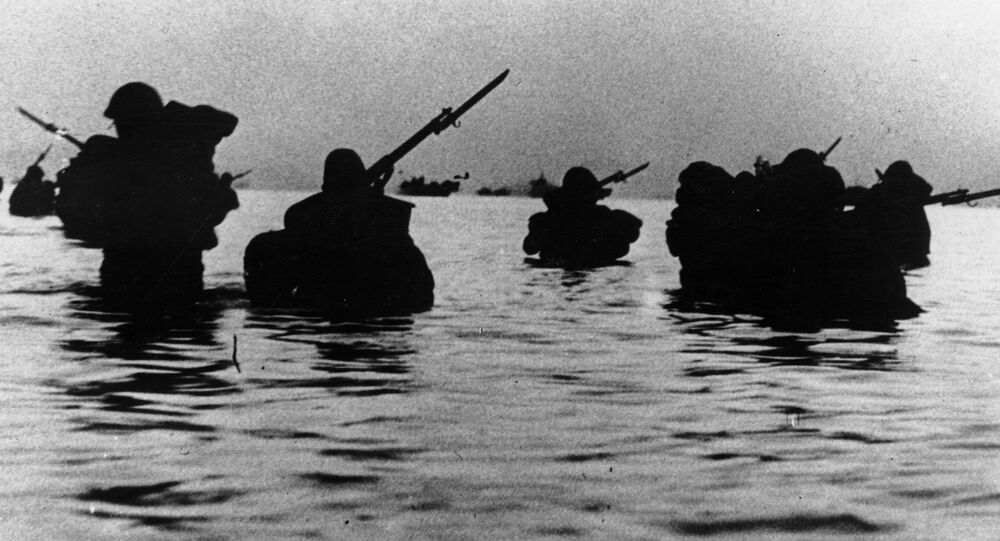 Dai Hong is a 87-year-old Chinese veteran of the Second Sino-Japanese War; she told Sputnik of Chinese soldiers'bravery and hopes that deeds of heroism by soldiers will never be forgotten.

Dai joined the Eighth Route Army under command of the Chinese Communist Party when she was a 10-year-old girl leaving for China’s mountains.

"I think three years after the great Hundred Regiments Offensive [in 1940] was the heaviest wartime. Unprecedented natural disasters hit China at that time, there was an acute shortage of food. We had absolutely nothing to eat at the base. In the most difficult times we ate locust, tree bark and white clay," she said.

Dai recalled a Japanese military offensive, when an emergency retreat of her detachment was necessary.

"The Japanese attacked, it was impossible to delay, we had to leave immediately. It was icy cold winter and rivers in the mountains Taysinshan were covered with ice. While retreating, we fell into the water under the ice, and on the bank our wet pants were instantly set with ice," the veteran said.

Dai recalls perfectly the celebration of the victory.

"This year will mark the 70th anniversary of victory in war of the Chinese people's resistance to the Japanese invaders. On August 15, 1945, when we heard the news of the Japanese surrender, we danced with joy. That day, perhaps, was the most joyful and peaceful day in my life," she told.

After the People's Republic of China was proclaimed, Dai worked in the government of the Hubei province in central China. The veteran said she was very lucky to be a witness to China becoming a strong and rich state.

"I hope that veterans’ stories about the war will give youth a comprehension of how current happy life was achieved, and realize that present day is a result of hard work," Dai added.

US Atomic Bombings of Japan Were Unnecessary

© Flickr / Maarten Heerlien
FP's Shameful Attempt at Spinning Hiroshima Bombing as Beneficial for Japan
The veteran recalled the US atomic bombings of Nagasaki and Hiroshima in August 1945.

"I think that the bombing of Hiroshima and Nagasaki was a mistake. We know how unbearable it is to lose loved ones. The Japanese government was guilty, not ordinary people. Why was it necessary to carry such a disaster to people when the war was about to end? Revenge does not bring anything good," Dai said.