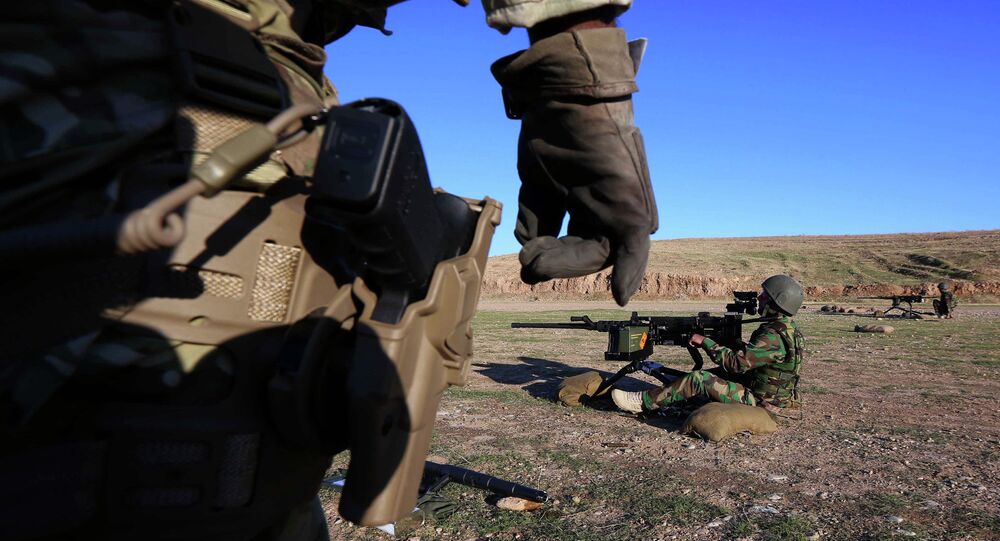 Earlier this week, British Labour Shadow Home Secretary Yvette Cooper, speaking in the House of Commons, said that Britain must not undertake additional military action against Islamic State, until the Chilcot inquiry is published.

"The fact that the Chilcot Report has not been published and no date has been set for it to be released, does raise the suspicion of the Report hiding some uncomfortable facts about the war in Iraq," Kamaljeet Jandu said.

The BAME chairman added that the war in Iraq resulted in the destruction of the country's civil society, playing an important role in the development of violent religious groups like Islamic State.

© AFP 2021 / Maurice McDonald
Delay in Publishing Iraq War Report 'Disgraceful' - UK Lawmaker
The Chilcot inquiry has held hearings since 2009 which finished in 2011. The completed report had been expected by late 2014.

Earlier in 2015, inquiry chief Sir John Chilcot announced that the report would be delayed over the declassification of conversations between then UK Prime Minister Tony Blair and former US President George W. Bush.

The United Kingdom was part of the US-led coalition that invaded Iraq in 2003 after accusing Iraq's then-leader Saddam Hussein of backing terrorism and possessing weapons of mass destruction. The claim has turned out to have been false, based on the inaccurate interpretation of fraudulent evidence. According to the UK Defense Ministry, 179 UK soldiers died in the Iraq war.