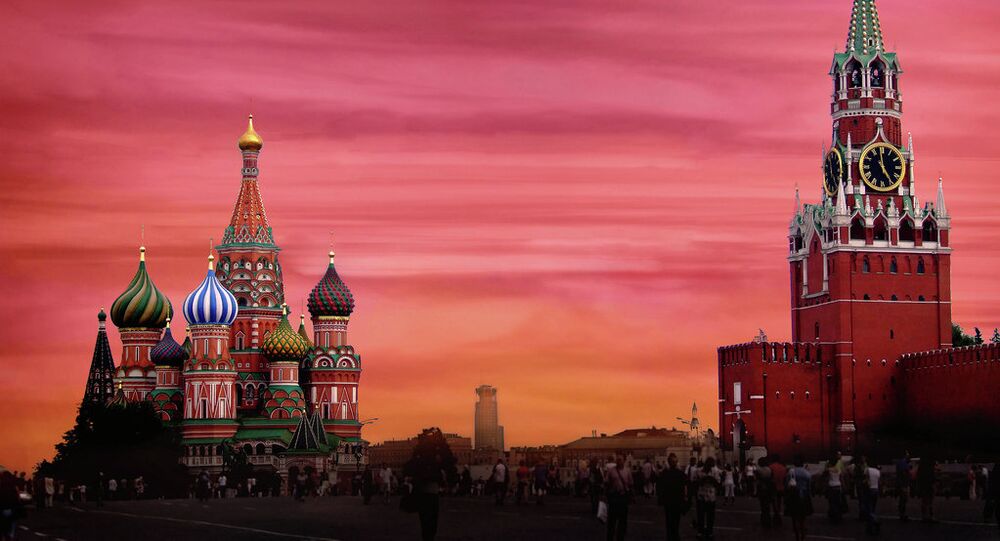 Send 'Em All Away! US Publication Blasts US-funded Russian NGOs

They are into coups. They use buzzwords like human rights and civil society as fig leaves to carry "unpublicized policy functions that Washington has decided to outsource." Their "biggest prize"? In the words of Carl Gershman, president of the National Endowment for Democracy (NED), it was Ukraine. Any surprise, then, that Moscow asked NED to hit the road?

"Washington (…) never tires of criticizing Moscow, Putin in particular, for its (or his) treatment of foreign-funded NGOs," writes Salon's author Patrick L. Smith. "Since 2012, they have been required to register as foreign agents—exactly as the US requires."

So are the two countries divided by a similar law on NGOs?

"The 'foreign agents' bit is put down as a Stalin-era cover to suppress well-meaning people trying to do honorable things," points out Smith.

Except that the very definition of 'foreign agents' dates back to President Franklin Roosevelt's times. The USA has had a similar law on the books since 1938.

In 2012, the Russian Duma passed a law demanding that NGOs financed from abroad register as foreign agents.  More recently, another law targeting "undesirable" NGOs has been signed by President Vladimir Putin.

A taste of recent headlines proves the point made by Salon:

"Harassed and shunned, the Russians labeled foreign agents by Kremlin" ran in the Guardian on May 18, days before the Duma approved the new law. "Russia’s crackdown on civil society shows the regime’s weakness" printed the Washington Post on July 28. It added: "The [foreign agents] designation, from the Stalin era, implies espionage."

Beyond the rhetoric, the figures are impressive. As of May 2015, there were 67 foreign-funded NGOs designated as foreign agents in Russia. According to an estimate by President Putin himself during an interview with German journalist and WDR Editor-in-Chief Jörg Schönenborn, these foreign-funded NGOs have a combined budget of roughly one billion dollars.

And it is exactly the activities of such a wide network of foreign organizations, and the provenance of their money, that Russian lawmakers have set out to monitor.

As Alexander Tarnavsky, co-author of the law on undesirable organizations, told Russia Direct on May 28, "foreign organizations – both commercial ones and non-commercial – could be recognized as undesirable for their activity on the territory of Russia."

The West is against both designating foreign-funded NGOs in Russia as ‘foreign agents’ and the very idea of an NGO's activities being seen as 'undesirable' by the state.

Yet could Russia maybe have a reason to be so suspicious? Salon's article provides ample evidence of why Russian fears are justified. And it suggests that Russia should take a further step versus NGOs: send them all away.

So far only "12 NGOs and NGO-funders have been placed on a kind of watchlist last month," points out Salon, yet in Western media parlance, as a recent report by the New York Times exemplifies, the 'watchlist' became 'blacklist' in a matter of a few paragraphs.

NGOs in their own words

The latest entry to this Watchlist is MacArthur which, Smith explains, "set up shop in Moscow during the Yeltsin years, when hyper-hubristic Americans thought they were going to remake all of Russia in their own image."

"Others on it [the Watchlist] are George Soros’ Open Society Institute (which "…aims to shape public policy to promote democratic governance," its website explains), Freedom House (a notoriously russophobic Cold War subversion machine), and the Charles Stewart Mott Foundation, which began humbly enough doing community work in Flint, Michigan, but is now up to its knees in "civic activism" and "civil society development" in Russia and the former Soviet satellites.

"A project Mott funded in June studies 'citizen protests, demonstrations, and discontent' in these nations,” Smith writes. “Just trying to do the right thing, per usual."

These projects do ring a few bells, from Georgia to Ukraine to Macedonia.

Another familiar NGO is Freedom House, with its annual index of press freedom, so often uncritically quoted by Western media to bash Russian media.

This is Freedom House in its own words, as quoted by the Financial Times:

"Far more often than is generally understood the change agent is broad-based, non-violent civic resistance—which employs tactics such as boycotts, mass protests, blockades, strikes and civil disobedience to de-legitimate authoritarian rulers and erode their sources of support, including the loyalty of their armed defenders."

Smith translates this into plain English: "We’re into coups." The most recent one in particular: "Freedom House started sending AID funds to Ukrainian 'civil society' NGOs, which did years of advance work prior to last year’s coup, as early as 2004."

The $5 billion Victoria Nuland boasted to have invested in the Ukrainian opposition come to mind.

The case for sending 'em all away

"One. These groups were as drunk on ideological righteousness during the 1990s as Yeltsin was on vodka. Two. To assume Russians need American help in achieving social justice, a free press and an orderly democratic process is simply the height of silliness. America is in crisis precisely because it has none of the above. Three. NGOland has long, long been too polluted with mal-intended missions for any foreign power reasonably to tolerate such agencies on their soil."

Another case could be made to rebrand NGOs for what they really are: FGO, or foreign governments’ organizations. And that still would be kind towards them.