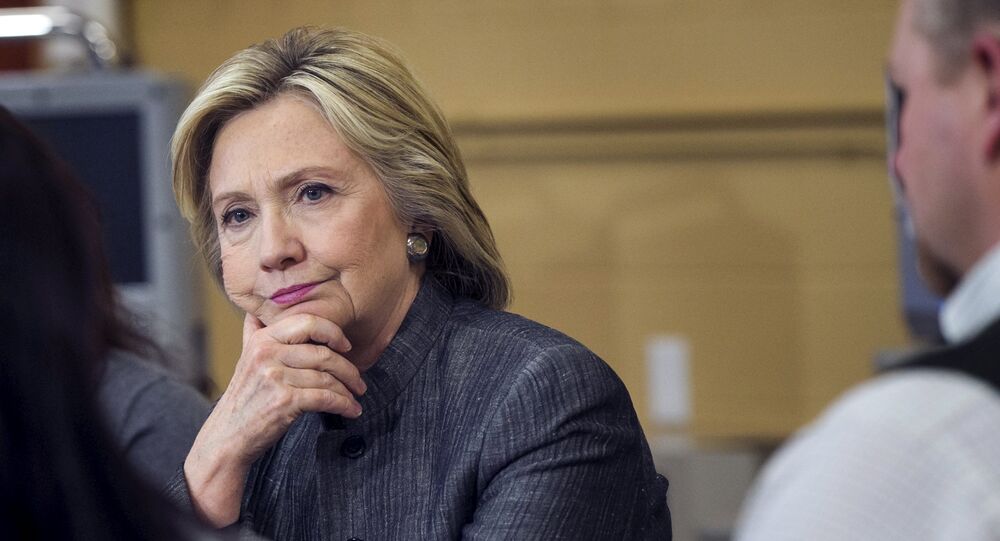 The scandal over Hillary Clinton’s email servers has US conservatives in a tizzy over the Democratic presidential frontrunner’s credibility. But as Joe Fionda argues, they’re barking up the wrong tree. Clinton shouldn’t be trusted with the US presidency, but it’s not for the reasons congressional Republicans think.

Hillary Clinton, when she became US Secretary of State under President Barack Obama, chose to use a private email server – hdr22@clintonemail.com – rather than the @state.gov address she was ostensibly assigned.

A largely semantic, ultimately irrelevant argument has been waged by the Clinton campaign, claiming that this “is the kind of nonsense that comes with the territory of running a Presidential Campaign.”

In 2010, the clintonemail.com domain registrar Network Solutions was hacked. Traffic was rerouted through Ukraine, and malicious code was injected into their servers. On December 22, 2011, the IP address for clintonemail.com was historically shown to have been located through a host named Confluence Systems, located in Road Town, Tortola, British Virgin Islands.  The imprisoned Romanian hacker, Guccifer, got ahold of Clinton’s email address in 2013 when he was able to hack her confidant Sidney Blumenthal’s email to expose correspondence between the two. She has now been found to have sent Top Secret information in two emails that went across the server, allegedly pertaining to spy satellite technology.

Clinton held the same email server from the time she entered office as secretary of state in 2009 until leaving it in 2013, handing the management of the server to New Jersey-based IT management company Platte River Networks. The company handed the servers over to the FBI Wednesday, and Platte River allegedly wiped the servers clean, with no usable data remaining. Clinton’s email server now resembles the George W. Bush email servers, in that they were wiped clean before forensics investigators could see the original hardware for themselves.

For those of us who have been following, we know from what we can cobble together from public information that Clinton’s email server for US government business has had its domain registrar hijacked, and that she had IPs registered in the British Virgin Islands.  Had Clinton been using a US government server, via state.gov, there would have been almost no chance that her email inbox could have been hijacked by foreign state actors, or others, because we have a reasonable expectation that our government has dedicated IT teams to deal specifically with the emails of our elected officials. Any attempt to hijack or reroute a US government email server or domain would have been swiftly mitigated. For her first three months in office, her server wasn’t encrypted at all and had no certificate. Even more concerning is her apparent failure to use strong encryption such as PGP, an added layer of security in case such hacking and hijacking occurred, from exploits such as Heartbleed or any of the 0-days in the wild not disclosed.

If Clinton was not actively obstructing US government oversight by hosting emails on a service that was not an official government server, she at the very least has been so grossly incompetent in managing her email system that she has effectively disqualified herself to be president.

More troublesome is that Clinton has been at the forefront of the push for international prosecutions of Julian Assange, Chelsea Manning and Kim Dotcom, to name a few. She has referred to Manning’s disclosure of United States’ war crimes in Iraq and Afghanistan, and Assange’s publication of them, as "an attack on the international community," a ridiculous juxtaposition that needs no explaining for anyone who has been awake this decade. Clinton has also spearheaded on behalf of Hollywood studios the prosecutorial campaign against Kim Dotcom in New Zealand, proprietor of the international Megaupload & MEGA file storage and sharing services, having signed his extradition request herself. The FBI launched the biggest raid in history on his compound in January 2012, stealing and destroying 42 petabytes worth of data pertaining to countless service users who are American and were assumed to be breaking the law.

Kim Dotcom continues to fight extradition, Julian Assange continues to live in asylum in the Ecuadorean embassy in London, fighting a still sealed espionage indictment, and Chelsea Manning is currently held in barbaric, human rights-violating conditions, now in indefinite solitary confinement in a military prison in Leavenworth, Kansas, for having outdated toothpaste and a Caitlyn Jenner magazine cover.

As a person nominated by the president to supposedly protect American interests, Clinton as secretary of state proved herself to be cravenly incompetent in choosing to protect her security over the government for which she works, and foolishly hypocritical in trying to shield her predecessors from being exposed as war criminals. She is responsible for the eventual destruction of the data hosting services for countless law-abiding Americans, while either being acutely aware of her IT setup, or being clueless, which still doesn’t diminish how bad this is.

© Flickr / tom.arthur
US State Department to Release 5,000 Pages of Documents on Benghazi Attacks
When swarms of right-wingers in the US endlessly crooned about Clinton and the Benghazi emails, they did largely have a point, even if they didn’t know it. Her server was a sitting duck as a result of her ineptitude, and it may be truly impossible to know how compromised her choices in IT left America. Electing her as president would promise more security theater, and more actual insecurity.

Joe Fionda is an actor, producer and co-creator of 'The Hacker Wars,' an acclaimed documentary taking you to the front lines of the high-stakes battle over the fate of the Internet, freedom and privacy. You can find him on Twitter @fiondavision.