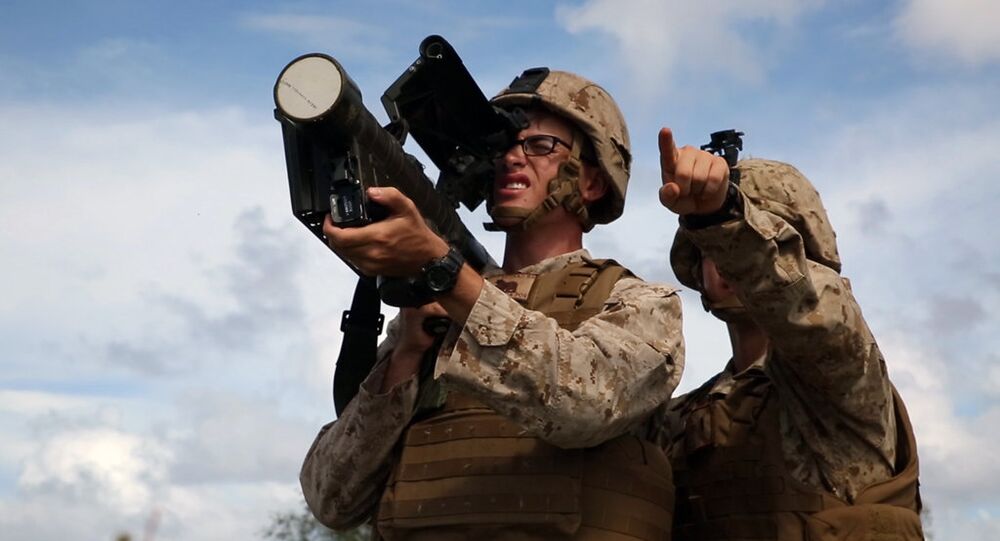 WASHINGTON (Sputnik) — The move is just one step in a series by Latvia and the other two Baltic states of Estonia and Lithuania to draw the US military more deeply into their affairs and potentially confront Russia, Professor Edward Lozansky, President of the American University in Moscow, told Sputnik in an interview on Monday.

“Latvia not only wants to buy American Stinger surface-to-air missiles, but also joined Lithuania and Estonia to request a permanent NATO battalion-sized unit in each Baltic country,” Lozansky pointed out.

The Stinger purchase and any future the NATO battalion deployment would be an escalation against Russia, but would be presented in the Western media instead as a response to alleged Russian escalations, Lozansky argued.

“Does anyone need another evidence of Russia's aggressive intentions?”

However, Lozansky predicted that Moscow would remain calm in the face of such provocations.

“If one is to predict a most likely Russian response to these moves, I'd guess it will be a continuous decline of their purchases of Baltic can fish and dairy products.”

Such a response would lead to more demands from the Baltic states for further increases in US aid, the expert explained.

“This in turn would mean that US taxpayers will have to foot the bill.”

The Stinger purchases and consequent demand for yet more weapons subsidized by the US taxpayers would be welcomed by the major American defense contractors, foreign policy analyst and Eurasia Review columnist Michael Averko told Sputnik.

“Among some hawks in the West, there's this notion that most of the NATO countries aren't doing enough to bolster their respective armed forces,” Averko said. “This move serves to offset that complaint, while being agreeable with the US military industrial complex.”

Far from reducing tensions in the Baltic region, the arms sale is likely to exacerbate them, Averko warned.

“The weapon in question is useful in a conventional war. However, the preparation for such arguably creates a greater likelihood for such a conflict.”

The acquisition of such weapons by Latvia, Averko continued, could encourage anti-Russian extremists within Latvia, while guarding against a danger that does not currently exist.

“It doesn't seem like Russia is inclined to attack the Baltic republics.”

“Security is better served by promoting good Russian-Baltic ties, inclusive of the respect for the Russian speakers in Latvia, Estonia and Lithuania,” he concluded.

Latvia has been a NATO member since 2004. The alliance currently operates air policing missions from bases in Lithuania.

The Latvian government has begun increasing defense spending in response to what NATO perceives is a Russian military threat since 2014.