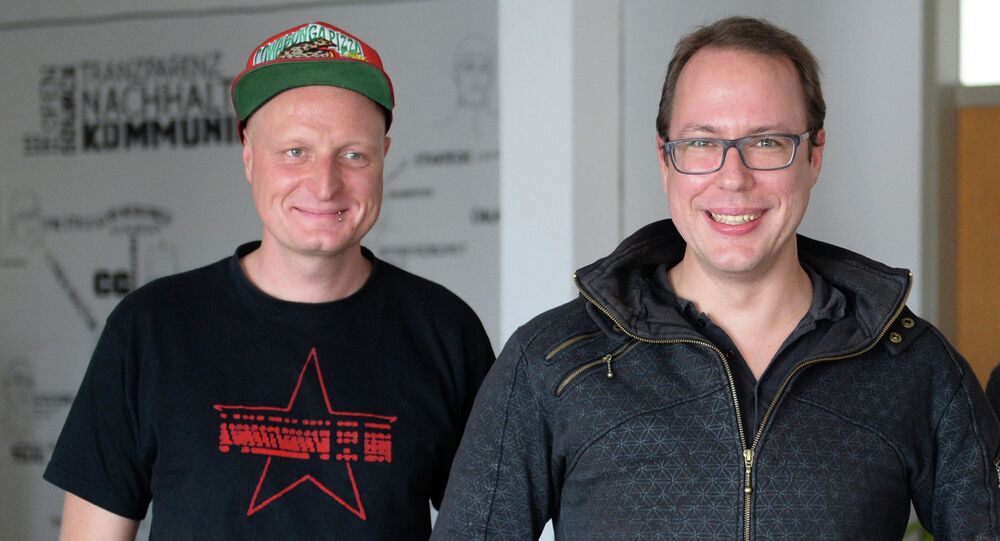 Last week, authorities launched a treason investigation against two of the blog's reporters, but was forced to suspend the probe due to overwhelming public pressure.

Earlier this year, netzpolitik.org published classified documents detailing how the German government sought additional financing to expand its surveillance of online social media. Last week, authorities launched a treason investigation against two of the blog's reporters, but was forced to suspend the probe due to overwhelming public pressure.

“I agree that the assault on these journalists is typical of pressures applied by the US to client states particularly those that have large security establishments that are generally unaccountable and non-transparent, and which are dependent on US intelligence organizations,” Gavin MacFadyen said.

He explained that the United States wields a strong influence in Europe in matters of surveillance and that European states are largely dependent on Washington for technology and other resources. MacFadyen noted that while the United States itself has a compliant press, “some would say complicit with the government, apologist for the government,” Washington must confront hostile European press and the first reaction of the US government, when its criminality is exposed, is to arrest or silence the accuser.

“When the Americans say these people should be stopped, they will stop them – the Germans will do, the French will do so whatever the embarrassment factor,” MacFadyen said.

The launch of the investigation sparked widespread protests in Germany with 1,300 people participating in a Berlin rally on Saturday in support of the bloggers.

Markus Beckedahl and Andre Meister from netzpolitik.org face possible charges of treason for quoting in their articles documentation from the Federal Office for the Protection of the Constitution on plans to illegally extend monitoring of the Internet.