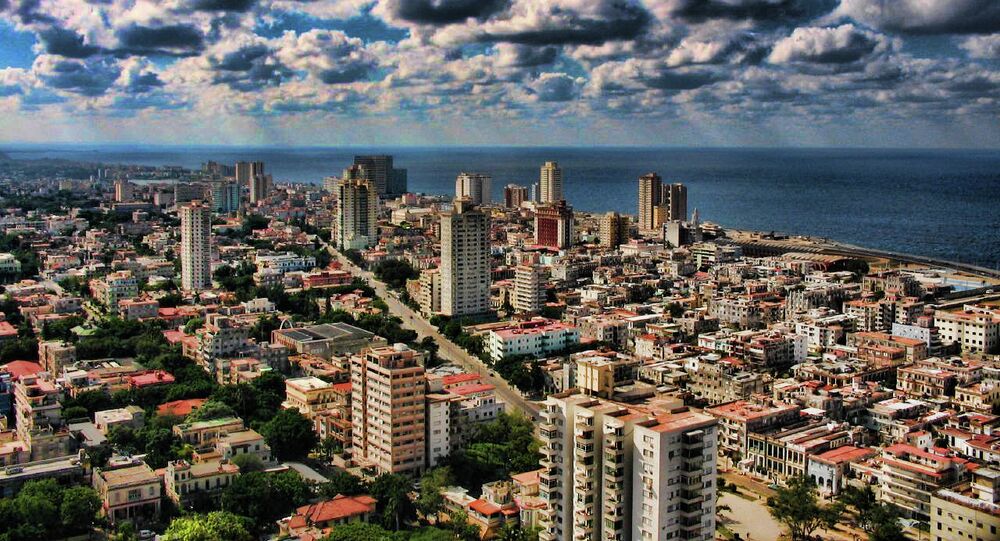 Continued trade embargo on Cuba tarnishes the image of the United States in Latin America. But that's not all. It harms US business interests, various experts told Sputnik.

WASHINGTON (Sputnik) — The US economic embargo on Cuba does not serve any useful purpose and major American business interests would like it to be scrapped although that appears unlikely in the short term, experts told Sputnik.

“There are already negotiations between large agricultural companies about trying to help develop the Cuban agricultural economy,” he added.

© AP Photo / Franklin Reyes, File
US Trade Embargo on Cuba to Remain Through 2016 Election - Analyst
However, Conyne continued, there is no powerful tide of support among the American public for ending the US trade and travel embargo quickly.

“The current polling is that while Americans are in favor of the establishing of diplomatic relations, there is no consensus yet on the ending of the economic embargo,” he noted. “The country is divided evenly on that subject.”

The divisions on maintaining the embargo break down on standard political party lines, Conyne said.

“Within the Republican Party, most people still want to maintain the embargo, because they see Castro’s Cuba as the dictatorship that shouldn’t be rewarded,” he explained. However, “Most Democrats believe that it’s time for normalization.”

As a result, the embargo may be allowed to quietly weaken for several years without sweeping action being taken to totally remove it, Conyne suggested.

© AFP 2021 / YAMIL Lage
US’ Two Faced Strategy: Dialogue With Cuba is Ploy to Destabilize Havana
“It may very well be that the embargo disappears piecemeal rather than all at once,” he concluded.

Rice University Latin American Studies Professor Mark Jones stated that the fate of the embargo will depend upon the outcome of the 2016 US elections.

“The US embargo can only be lifted via an act of Congress, and there is no reason to believe that the Republican controlled House [of Representatives] or Senate will lift the embargo prior to 2017,” Jones told Sputnik.

After the elections, Jones added, “Much will depend on who is president and how much of their political capital they are willing to spend on promoting the lifting of the embargo and what happens in Cuba.”

The embargo serves little positive purpose and were it not for the strident support it receives from a relatively small number of Cuban-Americans, it would have already been lifted, Jones remarked.

“The embargo has a negative impact on US businesses, depriving them of a potential export market that is at the same time open to their business rivals in other nations,” Jones observed.

Maintaining the embargo tarnishes the image of the United States in Latin America and increases the costs of food and consumer goods for Cubans, he argued.

If the embargo was lifted, the United States would gain access to an untapped market for the export of food products in particular, but also services and some consumer goods, the professor envisaged.

“It is not a large or wealthy market, but it is one that is still very attractive to many US agricultural producers as well as many hotel chains,” Jones said. Also, “The prices paid by Cubans for food would most likely drop.”

The United States would also remove an impediment to fuller and more productive relations with Latin American nations and businesses, Jones concluded.

US Unwilling to Return Guantanamo to Cuba Fearing Handover to Russia