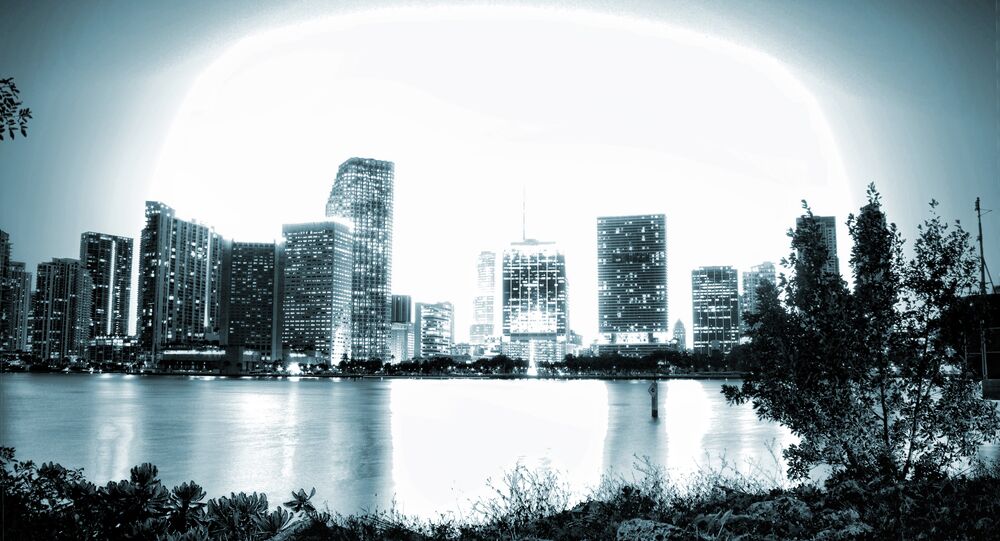 © Flickr / Historical Records
Ready, Steady, Go! US Set to Usher in Era of New Nuclear Arms Race?
In a recent article for leading Mexican daily newspaper La Jornada, Jalife-Rahme, a senior Mexican analyst specializing in geopolitics and international relations, stated that the countries of the former Soviet Union and the Eastern Bloc are now playing the dangerous game of "inflating the non-existent Russian threat." The journalist noted that there are numerous reasons behind these governments' actions, from "carrying out the plans of the US, to trying to score points before elections, to the hope of receiving dividends from the arms trade."

Noting that Russia's policy over Ukraine has largely been a reflexive reaction to the fallout of Kiev's Maidan the coup d'état in Kiev in February 2014, and NATO's military buildup on Russian borders thereafter, Jalife-Rahme noted that what concerns him in the situation which has emerged is that the continued escalation of tensions could lead to a military catastrophe involving the use of nuclear weapons.

The journalist recalled that the US is the only country in history to have used nuclear weapons, "against the defenseless cities of Hiroshima and Nagasaki," and noted that a new nuclear strategy document by the US Center for Strategic & International Studies entitled Project Atom suggests that the country must be prepared to conduct "limited nuclear operations in a controlled fashion while maintaining the ability to escalate to full-scale war if necessary" in the interests of "providing leverage and advantage for the United States."

Going back to the chain of events which led to the escalation of military tensions between NATO and Russia, Jalife-Rahme argued that Assistant Secretary of State Victoria Nuland's actions in Ukraine, which have resulted in the escalation of tensions in Eastern Europe, have effectively brought the European continent "to the brink of nuclear catastrophe."

© Flickr / Justin Owens
US Nukes on Russian Border Senseless and Germans Don't Want Them – Analyst
Talking about the prospects for de-escalation of the present conflict, the journalist noted that "if we leave aside the [Eastern] European leaders, who have crossed all possible limits and are now trapped by the US military-industrial complex, there remain only three people in the world would can assist in creating the much-needed détente in relations between the US and Russia. They include Pope Francis, Chinese President Xi Jinping and Indian Prime Minister Narendra Modi." Jalife-Rahme also stated that in his estimation, President Putin would "be willing to hold substantive talks with Poland, absent the participation of intrusive American hawks."

In the expert's view, a real de-escalation will require that the area from the Black Sea to the Baltic Sea must be declared a nuclear-free zone. The same status could be extended to the Baltic countries, and to Poland, Romania, Bulgaria and Moldova. Otherwise, they may "become cannon fodder in the event of a military conflict between Russia and the United States involving the use of nuclear weapons."