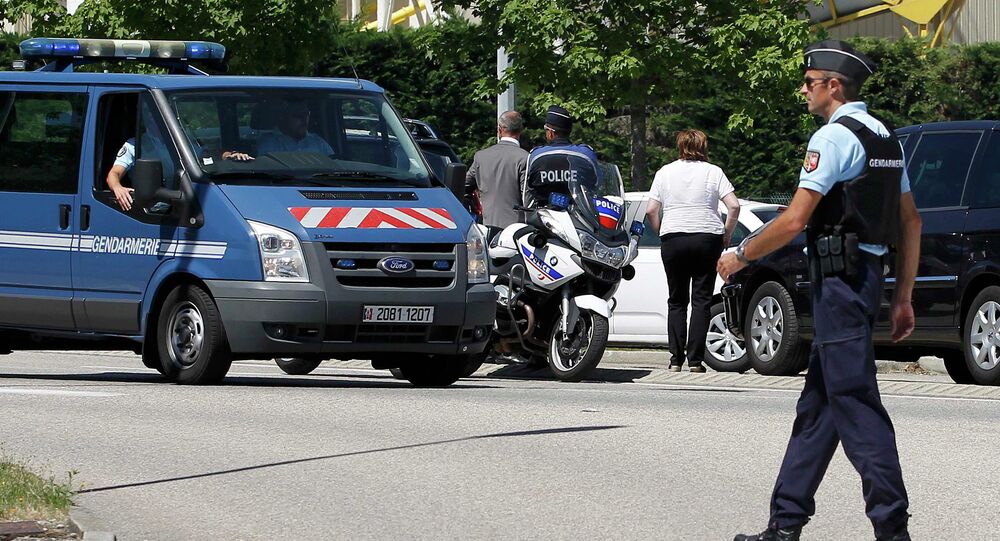 The Islamic State had not planned Friday’s terrorist attacks in France, Kuwait and Tunisia, but it inspired lone wolves to carry them out, experts told Sputnik.

WASHINGTON (Sputnik) — On Friday, a terrorist attack in France was carried out at a US-owned gas company near Lyon, leaving one dead and two injured. In Tunisia, two gunmen opened fire at beachfront hotel killing 37 people. Meanwhile, in Kuwait, at least 23 people were killed at a Shiite mosque after a suicide bomber detonated an explosive during Friday prayers.

“It would be a mistake to view the Islamic State's operations outside its territories as centrally-controlled,” University of California at Los Angeles Professor of Middle Eastern History James Gelvin said on Friday. “Instead, they are centrally-inspired.”

© AFP 2020 / PHILIPPE DESMAZES
New Terrorist Alarms in France as Islamist-Linked Man Attacks Factory
Northeastern University Political Science Professor Max Abrahms said the Islamic State has many sympathizers who are unable logistically to link up with the group so they might choose to attack locally.

“This attack may be labeled as a ‘lone wolf’ attack inspired by the Islamic State,” Abrahms said commenting on the nature of Friday’s attack in Lyon.

Gelvin underscored the relative ease with which potential recruits can join the Islamic State. The group does not have a strict hierarchy and overseas branches that follow the dictates of the home office, he said.

The experts noted the attacks occurred within days after the Islamic State spokesman, Abu Muhammad al-Adnani, called for Muslims to strike against Christians, Shias as well as Sunnis who oppose the terrorist group.

Gelvin explained the call for attacks against foreign targets is likely an effort on the part of the Islamic State to deflect public opinion from losses on the battlefield.

“In the past ten days, the invincibility of the Islamic State has been challenged by multiple defeats,” Gelvin said.

He noted the combined Kurdish and Syrian forces have recently taken the strategically-important town of Tal Abyad on Syria's border with Turkey, cutting off the Islamic State’s capital of Raqqa from resupply and reinforcement.

Moreover, the Islamic State forces were defeated in the Qalamoun Mountains near the Lebanese border and thrown out of Derna, their sole foothold in Libya.

“The recent attacks allow the Islamic State to focus the world's attention on its ‘successes’ and not its defeats.”