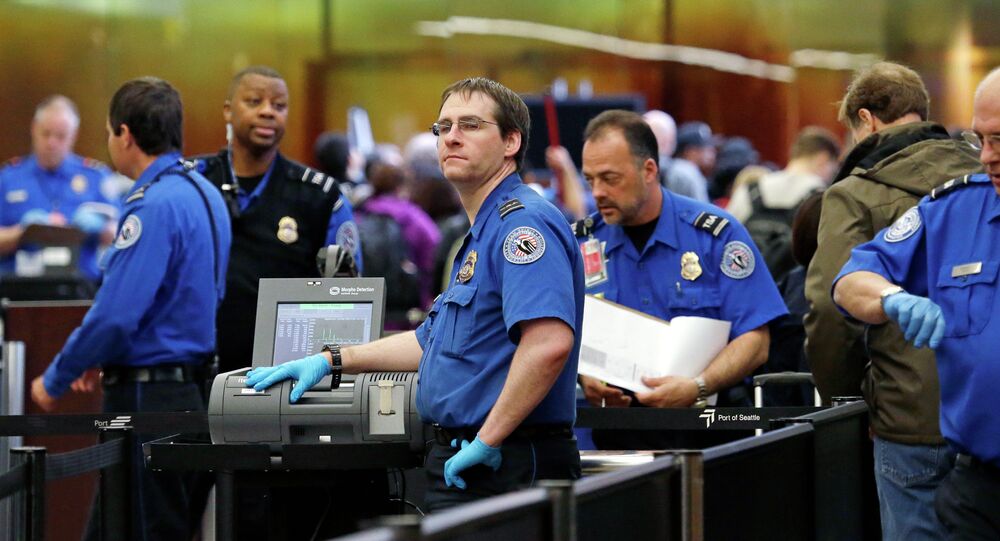 Any traveler who has been through an American airport or on an international flight destined to land in the U.S. has experienced the arduous and invasive security screening process.

Adam Rouse — The so-called naked body scanners that peer through clothing while giving the person being inspected a healthy dose of radiation are there to keep dangerous materials off of flights and everyone safe. The problem is, they don’t work.

In 2014 at the USENIX Security Symposium a group of researchers demonstrated how a Rapiscan 1000 backscatter scanner could be defeated and how they could render everything from a.380 automatic handgun to Semtex explosives invisible to a Rapiscan 1000. Did the TSA remove the Rapiscans from airports in 2013 because of the security concerns?

No, they were removed because of vigorous protests that the scanners revealed intimate details of the genitalia of people being scanned. The so-called “Rapescaners” were removed from airports across the U.S.

Nam Y. Huh, File
US TSA Problems to Persist Because of Enormity of TSA Task
The Rapiscan 1000s were then relocated to federal court houses where they are supposed to protect federal judges, prosecutors and defense attorneys.

The TSA then replaced the old full body scanners with L3 Provision scanners that utilize millimeter wave scanning technology to detect contraband. This technology is actually pretty good at detecting radio-opaque materials made of metal such as guns, knives, and other complex metal objects. The issue with the L3 scanners is that they don’t do nearly as well at detecting radio-translucent materials or materials with the same density as skin and clothing.

Explosives molded to the body, concealed close to the body in underwear (like the explosives concealed by Umar Farouk Abdulmutallab – the “underwear bomber”) or inserted into the human body would be difficult if not impossible to detect. Not to mention that the L3 systems originally had a false positive rate of 50%.

Is it really that surprising that the TSA just failed to detect 67 out of 70 contraband items that the Department of Homeland Security’s “Red Team” attempted to get through airport security?

The TSA claims that the Red Team has training and knowledge of TSA procedures and that the average person would be much less successful in moving contraband beyond a checkpoint. The problem with this way of thinking is that terror groups are increasingly more well-funded and sophisticated in their methods. It is not beyond the realm of possibility that they are just as well trained and determined as the Red Team to defeat airport security.

Those travelers who don’t want to be irradiated or virtually strip searched or for whom the L3 falsely alerts get to experience a quasi-legal form of sexual assault in the much publicized TSA pat down screening. Here we have a high school educated, somewhat disinterested, “officer” feel through the clothing of the individual being screen in an attempt to physical discern contraband.

The newer enhanced security measures mean that the screening TSA employee must grope and touch private sexual areas of everyone being screened. At least the TSA is careful not to hire pedophiles to perform these invasive screenings on child and teenaged travelers.

Of course, if you have members of terror groups working directly for the airports and airlines it becomes less and less far-fetched to think they could easily bypass or defeat TSA security measures. It was revealed on June 4th that the TSA failed to identify 73 employees at various levels and positions with airlines or airports who were on some sort of federal terror watch list or had terror connection related coding on their profiles.

This is not to suggest that the TSA doesn’t have a place in securing air travel. The agency could really do some good work if the agents were properly trained in security measures, didn’t come with criminal backroads, and were not restrained by various unions and regulations from investigating and running background checks on airport personnel with security clearance.

As it is now, however, the TSA presents a very nice piece of security theatre—enough to make most travelers feel safe within the system so it can still function, but not actually able to detect and stop serious threats. Perhaps when the TSA can get its own house in order by not hiring felons it can have an honest conversation about improving air travel security without the posturing and bluster normally associated with airport security.