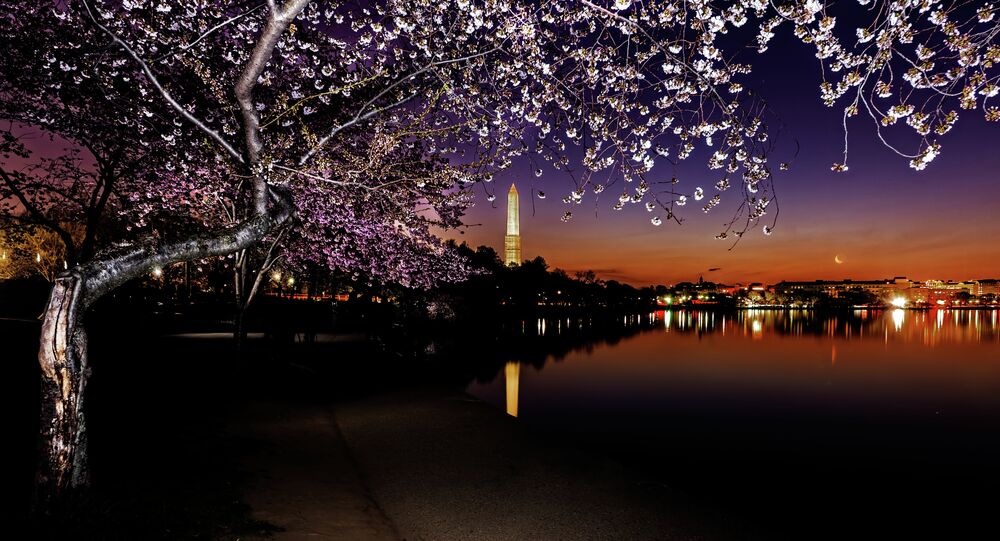 Citing a series of geopolitical, economic and social setbacks faced by the United States since the turn of the century, geopolitical analyst and Sao Paulo Business School Professor Antonio Gelis-Filho argues that global policy planners must prepare to deal with the "improbable, but by all means possible, Soviet-style collapse of the United States."

© AP Photo / STR
ISIL Uses Chemical Weapons, Works to Obtain Nukes
In his article, published in Brazilian news and analysis portal Carta Maior, Dr. Gelis-Filho begins by noting that the US, which has suffered a "long sequence of…geopolitical and economic failures since the turn of the century," now faces "another brutal element: the threat of a nuclear attack on American soil by the Islamic State." Expressing his hope that ISIS's threats are nothing but hot air, the professor argues that "the point is not only if they will be able to do it (something that cannot even be imagined) but the fact that they feel confident enough to make such a threat in such a nonchalant way."

© Flickr / U.S. Pacific Fleet
Russia, China Not to Accept America’s Vassalage Status Despite US Pressure
In the professor's view, "the Islamic State is expressing, in its usual, incredibly violent way, what is now perceived by most of the world: the United States has reached a point of no return in its decline." He cites the conflict in Ukraine, where Russia has been able to stand up to Washington to defend its strategic interests, and China's building of artificial islands in the South China Sea, "in spite of US warnings not to do so. In fact," according to Gelis-Filho, "American warnings are ignored by Beijing as if they were the buzz of an annoying but harmless fly."
© Sputnik / Alexei Druzhinin
US to Lose Its Ground Under BRICS Pressure
Gelis-Fliho argues that US troubles abroad have been compounded by social and economic problems at home: "The US economic recovery, promised for the umpteenth time, turned into a downturn of 0.7 percent in the first quarter of 2015."

© CC BY 2.0 / DVIDSHUB / Filling in the gaps: ‘America’s Battalion’ begins final pre-deployment training exercise
Nearly Half of Americans Believe Military Drills Point to Federal Takeover of States
Gelis-Fliho notes that while "it is tempting to think about the military intervening to prevent any possible collapse," this would not save the country in the long term. "In the first stages of decline, this would probably be true; but after a certain point, the weakened economy would also threaten corporate interests, and getting rid of what would be understood as the dead weight of poorer and socially restless states would appear to guarantee more and not less power to those who would be able to secure control of the military. At this stage, collapse would easily escape the control of those trying to manage it, unleashing positive historical feedback loops. Something along those lines happened in the Soviet Union."

© Sputnik / Vitalty Podvitski
The Big Bang
In Gelis-Fliho's view, as dangerous and unimaginably horrific as the collapse itself would be, its global consequences would be just as serious: "It has the potential far more dangerous to the world than the collapse of the Soviet Union ever was. The Soviet Union was built around a vast historical center –Russia. The existence of that center allowed the collapse to follow along historically predefined lines. The same was true for the other Soviet republics. Each of them already had their own institutional life within the Soviet Union, and so the lines of the disintegration were already drawn. Where these lines were not clear is where war followed: Abkhazia and South Ossetia fought for independence from Georgia; Armenia and Azerbaijan fought for control of Nagorno-Karabakh and Nakhichevan; Moldova was split; Ukraine and Russia would dispute control of [Crimea's] Sevastopol. These conflicts have remained unresolved to this day, some even worsening."