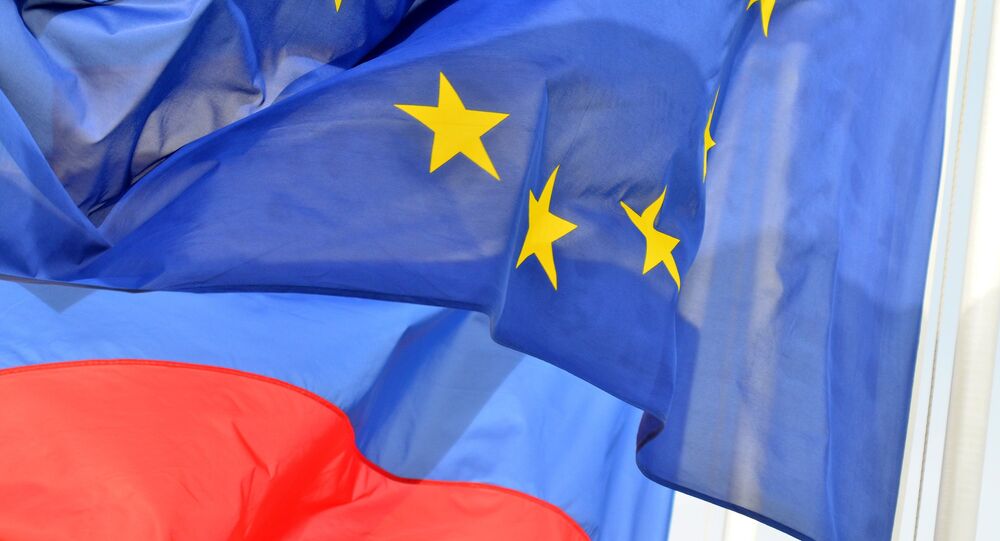 EU Seeks to Avoid Further Deterioration of Relations With Russia

Experts claim that EU decision not to urge the six Eastern Partnership nations to join sanctions against Russia signals the Union is trying to avoid worsening of relations with Moscow.

WASHINGTON (Sputnik) — The European Union’s (EU) decision not to urge the six Eastern Partnership nations to join sanctions against Russia signals the Union is trying to avoid worsening of relations with Moscow, experts told Sputnik.

“The European Union is looking to avoid a further deterioration in its relations with the Russian Federation,” Ohio State University Professor Emeritus John Quigley said on Friday.

On Thursday, EU Ambassador to the United States David O’Sullivan told Sputnik the EU does not expect the six Eastern Partnership nations — Georgia, Ukraine, Belarus, Moldova, Azerbaijan and Armenia — to align with the sanctions aspect of EU foreign policy.

Quigley argued that O’Sullivan’s stance may be designed both to avoid further confrontation with Russia and also placing the Eastern Partnership countries in a difficult position.

“[B]ecause of their proximity to Russia, imposing sanctions on Russia would be more difficult from a practical standpoint than it is for EU member states,” Quigley explained.

© AFP 2020 / FREDERICK FLORIN
European Lawmakers to Vote on Tracking Russian Funds for EU Parties
Professor Emeritus of Sociology at Binghamton University in New York James Petras told Sputnik that a number of EU politicians, particularly from France, are calling to reconsider the sanctions regime against Russia.

“With the Eastern partners involved, it would be much more difficult [to reconsider],” Petras explained. “To involve them in the sanctions would bring them into a confrontation with Russia.”

Director of the Washington-based Democracy Institute Patrick Basham said the EU, especially Germany, wants to make sure it does not suffer “further economic dislocations” as a result of retaliatory Russian sanctions.

Moreover, the EU leaders want to moderate the Union’s rhetoric hoping that the Eastern Partnership nations would avoid crisis similar to the one in Ukraine.

“The bottom-line is that Western European leaders, especially now, recognize that a lengthy tit-for-tat Public Relations and economic contest with Russia over Ukraine is not going to be successful for the EU,” Basham concluded.

The EU introduced economic sanctions against Russia in 2014 over its alleged involvement in the conflict in Ukraine. Some of the restrictive measures against Russia are set to expire on July 31, 2015, unless Brussels opts to prolong them.