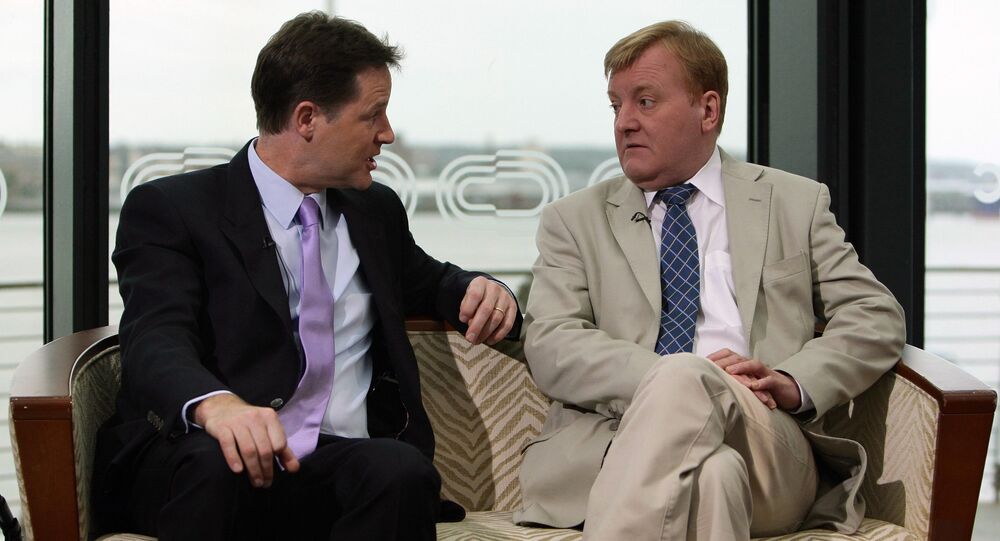 Establishment tributes to Charles Kennedy, the former Liberal Democrat leader who died suddenly on June 1, have been generous. But its worth remembering that the elite was not so kind towards him when he was Lib Dem leader from 1999-2006, and took positions on foreign policy and the economy which influential neocons and neoliberals disagreed with.

Under Kennedy’s leadership, the Lib Democrats positioned themselves to the left of Labour, coming out against the Iraq war and university tuition fees and supporting an increase in the top rate of income tax. The polices went down well with the electorate — in the 2001 election, the Lib Dems won their record highest number of seats (52) — and in 2005, they did even better, winning 62 seats and obtaining a 22.1% vote share. Kennedy was the most successful leader of the Lib Dems — or the Liberal Party before them — since the days of Asquith and Lloyd George. However, his success was not to the liking of those who want all three major parties to be singing from the same pro-war, pro-privatisation hymn sheet.

Today, Kennedy’s criticism of the Iraq war is widely lauded by establishment figures as principled and brave, but it was a different story at the time.

Back in 2003, Kennedy was accused of being an "appeaser" of Saddam Hussein and likened to Neville Chamberlain, the British Prime Minister at the time of Munich.

Kennedy was also criticised for his prediction, which turned out to be correct, that war with Iraq would "cause a refugee crisis of huge proportions."

In July 2005, when London suffered terrorist attacks, Kennedy correctly pointed out that the Iraq war had "fueled the elements in which terrorism flourishes."

Today, only the most ideologically-blinkered foreign policy hawk would deny that the invasion of Iraq has "fueled the elements in which terrorism flourishes," but at the time Kennedy was criticised by Downing Street for his comments, and he found himself being called an appeaser yet again — this time by the Conservative Shadow Minister Julian Lewis.

"Churchill said appeasement was a policy of throwing others to the alligator in the hope that it will eat you last. That appears to be Mr. Kennedy's policy," Lewis scoffed.

The knives were out for Kennedy despite the unprecedented success the Lib Dems had under his leadership. Yes, the Lib Dems had done well, but they should be doing even better — the argument went. Neocon commentators told us that the party needed to "get real," and move back towards what they called the "centre-ground" to make further progress — paving the way for the eventual takeover of the party — in 2007 — by Nick Clegg, of the right-wing neoliberal Orange Book Faction.

It was the stories about his drinking — and his treatment for alcoholism which led to his resignation as leader in early 2006, but in truth Kennedy was targeted for political, and not personal reasons. It’s important to understand that Britain’s neocon and neoliberal establishment wants the minimum difference between the Conservatives, Labour and the Lib Dems, so that whoever wins the election things don’t really change that much on the crucial areas of foreign policy and the economy. Under Kennedy, the Lib Dems were a social democratic party — so they had to be pressurised to get back into line and support neo-liberalism and illegal US-led "regime-change" wars of aggression like everyone else.

Charles Kennedy voted against the formation of the Conservative-Lib Dem coalition in 2010 — but his more progressive form of liberalism, which had social justice and a respect for international law at is core, had now been replaced by something more to the liking of the Establishment

Nick Clegg, the banker’s son, took the Lib Dems into government, but effectively destroyed the party by doing so. A party which won 62 seats just ten years ago under Kennedy won only 8 in 2015 — and ironically Kennedy was one of the many long-standing Lib Dem MPs to lose their seat in May. Now, just a few weeks after the election defeat, and the death of his father, he is gone.  "It’s too late now. There was no support for him in his last days. We have lost the most successful leader the Liberal Democrats has had in the party's history," lamented the former Lib Dem MP Lembit Opik, another man on the progressive wing of the party.

The 55-year-old Kennedy was indeed that rara avis- a politician who was a genuinely nice person and who didn't give himself any airs and graces.

He was widely liked, but while we read all the tributes to him, we should not forget the attacks he was subject to for breaking with the phoney neocon/neoliberal consensus.