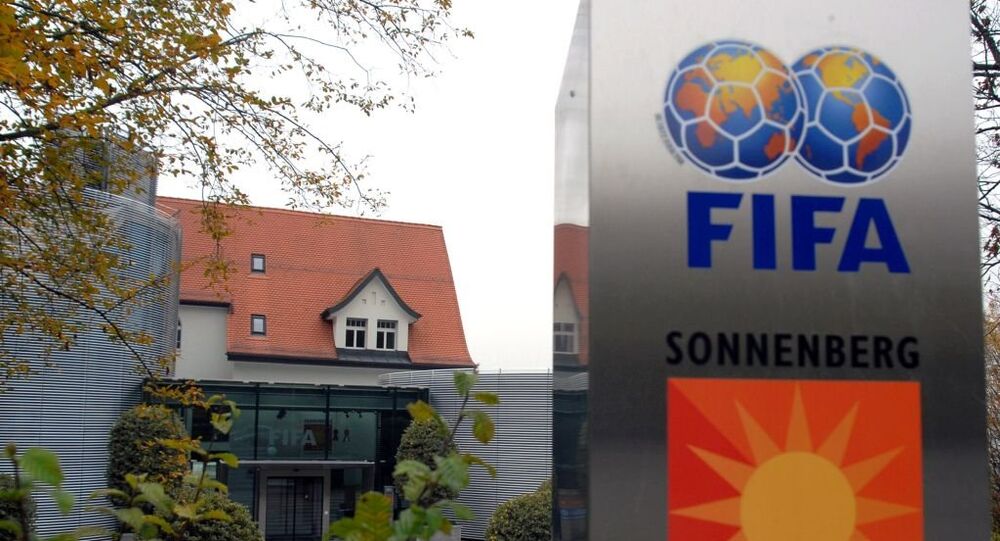 On Wednesday, Swiss prosecutors detained seven FIFA executives in the Swiss city of Zurich where they had travelled for the global football governing body’s annual congress. The majority of the suspects come from Latin America and the Caribbean. They are contesting their extradition.

"From the international point of view, US actions are totally unlawful. It is beyond any doubt," ILA’s Russia chief Anatoly Kapustin told RIA Novosti.

Kapustin said the extradition bid is "yet another US attempt to claim the right to try everyone and everything based solely on its own legal system."

He stressed the alleged offenses had apparently been committed outside the United States. "The question is now what grounds the US has to request or ask foreign law enforcement to extradite the alleged criminals, and secondly, [how can] they extradite citizens of a third nation to the country which is not of their origin?"

Switzerland does have an extradition treaty with the United States, but it is limited to their own nationals.

Kapustin said there are two basic principles for renditions – those of territoriality and nationality. Territoriality means that suspected offenders can be tried in a US court if the alleged crime was committed on US soil. The principle of nationality infers that US authorities can demand extradition of their citizens if they violated laws elsewhere.

None of these conditions were met, the lawyer noted. "It is an abuse of power, it is not legal at all," the he said.

On Wednesday, the US Department of Justice announced that in total 14 individuals have been indicted, including nine FIFA officials and five corporate executives, for racketeering conspiracy and corruption.