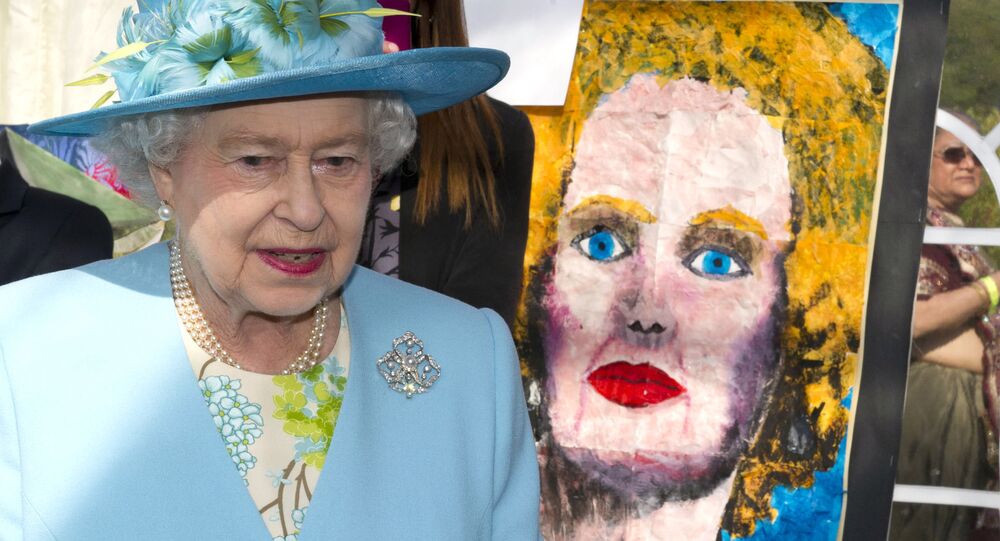 Margaret Thatcher may have died in 2013, but the Queen's Speech shows that Thatcherism lives on - and is indeed in rude health in David Cameron's Britain.

Despite the early mention of the phrase 'One Nation' and the claims that it was a Queen's Speech for 'working people', the legislative program of the new Conservative government announced on Wednesday owed far more to Mrs Thatcher, and her neoliberal and neoconservative ideology, than it did to Harold Macmillan. Once again Cameron has shown that he's the man who talks like a 'center-ground' moderate but whose polices are actually quite extreme. Consider the key proposals:

Thatcher greatly reduced the power of the unions, with a series of reforms in the 1980s, and Cameron wants to take things even further.

The government's Trade Union bill will stipulate that to be legal, a strike in the 'essential' public services must be endorsed by at least 40% of those entitled to vote. The double standards have been remarked by many. A government claiming the right to rule over us despite only having the support of 24% of those entitled to vote, seeks to impose a much higher threshold for strikes.

A party which ONLY got support from 24% of voters want to implement a 40% vote threshold for strikes. #QueensSpeech pic.twitter.com/aXeyGV4UMk

Not only that, but the bill will also mean that trade unionists will have to 'opt-in' to paying the so-called political levy — a clear attempt to hit the funding of the opposition Labour Party.

Cabinet papers released in 2013 under the 'thirty year rule' revealed Mrs Thatcher's determination to crush the power of the trade unions. She'd be delighted with the way Cameron has continued her anti-union crusade.

One of Thatcher's most radical early reforms was the sell-off of council houses. The introduction of the 'Right to Buy' was hailed as a great, empowering measure, but its impact was largely negative as it led to a reduction in the public housing stock, a big increase in homelessness, the creation of a house-price bubble and a huge increase in government spending on housing benefit.

Now, under the government's new Housing Bill, Britain's 1.3m housing association tenants will also have 'The Right to Buy'. It's as if we've been transported back to 1979 — and all the problems caused by the sell-off of council houses have conveniently been forgotten.

The Queen's Speech included a promise from the government that there would be no increase in income tax, VAT and national insurance for five years. But if tackling the deficit is such an urgent priority — as we're told repeatedly by the government, shouldn't income tax increases — and in particular tax increases on the very wealthy, be on the agenda?

By pledging not to increase income tax, VAT and national insurance, the government's deficit reduction strategy will rely solely on cuts in public spending — and we all know which sections of society these cuts will affect the most (a clue, it won't be multimillionaires). Again, Mrs Thatcher would heartily approve that it's the poor who are paying for austerity and not the well-heeled.

The dream of Mrs Thatcher, a hardcore neoliberal in economic matters, was to have Britain "open all hours" seven days a week. But her attempts to end government regulation of Sunday trading were defeated in Parliament in 1986, after a revolt by her backbenchers who espoused more traditionally conservative values.

It wasn't until 1994 that the Sunday trading laws were relaxed, and Sunday became just another shopping day. Now Thatcher's ideological successor wants NHS surgeries open on Sundays too — even though there's no public clamour for such a move. Last week Dr Chaand Nagpaul, chairman of the British Medical Association's GP Committee, hit out at the government's proposals for a 'seven day NHS', saying it "would damage quality care" by "spreading GPs so thinly."

If the reform is implemented, the Thatcherite plan to make every day of the week a normal work day, will have been achieved. Moreover, the measure would also put doctors' surgeries under such enormous pressure that private companies would probably need to step in to take over. Which of course, would make the Thatcherites even happier.

The so-called 'paradox' of the New Right is this: Thatcherites believed in privatization and a reduction in the state's economic role, but have to rely on an increasingly authoritarian state to clamp down on the widespread dissent and social unrest their policies cause. Thatcher herself provocatively referred to the miners' leaders as "the enemy within." Police numbers and powers grew under Thatcher, and dissident voices did not enjoy the freedom they had in the 1960s and 70s. One of the most significant developments in increasing government control over the media in the 80s was the sacking of the Director General of the BBC, Alasdair Milne in 1987, which was meant to bring the national broadcaster into line.

Which brings us on to Cameron's new proposals.

The new, extremely sinister and illiberal 'Extremism Bill', continues the neo-conservative attack on our traditional freedoms, which began in 1979. Its' stated aim is to "stop extremists promoting views and behaviour that undermine British values."

But who defines what is an 'extremist'?

'British values', if they mean anything, surely mean a belief in free speech and the right to hold and openly espouse sincerely-held views. However, all that is under threat, if the government's Bill is passed.

Another worrying part of the government's proposals are their plans to "strengthen the role of Ofcom [the broadcast media regulator] so that tough measures can be taken against channels that broadcast extremist content."

We can be sure two neocons arguing for the bombing of Iran won't be called 'extremist content' — and that this new measure, if passed, will be deployed against foreign-owned television stations that challenge the dominant Establishment narrative.

The Investigatory Powers Bill is just as chilling. While the stated aim is to "provide the police and intelligence agencies with the tools to keep you and your family safe", the bill will give the authorities new powers to monitor our Internet activities. Privacy campaigners are quite rightly very concerned, and have labeled the proposals — in their earlier form — a Snoopers' Charter.

But I'm sure, once again, Mrs Thatcher would wholeheartedly approve of the plans. Before Thatcher, the state intervened extensively in the economy, to make it work better for the majority — but it didn't intervene too much, if at all, in other areas of our life. Thatcher reversed that. In the Iron Lady's own words:

"If you've got the role of government clearly set out, then it means very strong government in that role. Very strong indeed."

We've been left with a government that doesn't run the railways, or own our airports, but which wants to spy on us and criminalize those who express the 'wrong' views.

The old Thatcherite argument that greater economic freedom means greater personal freedoms has proved to be false, as the Queen's Speech clearly demonstrates.