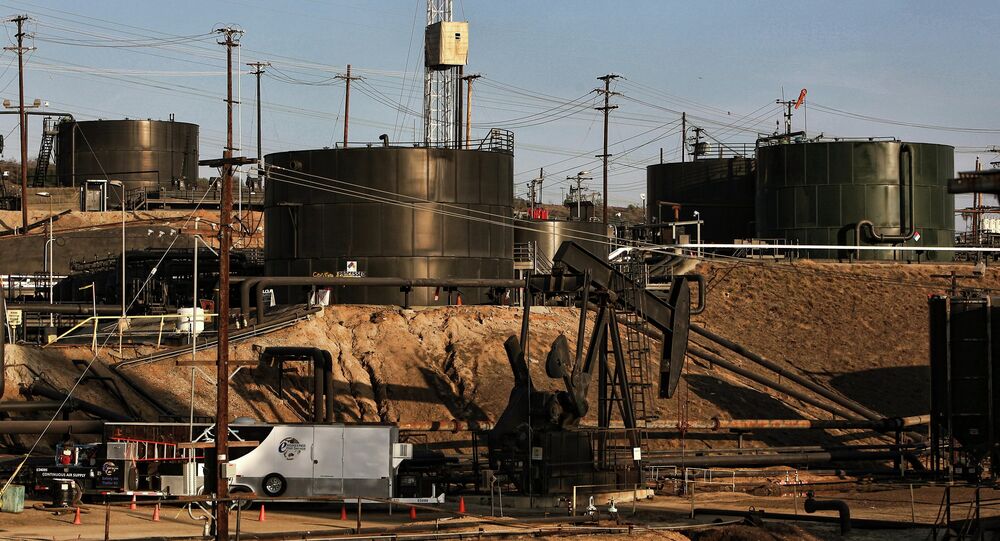 Fracking in the United States shows no sign of slowing down as a result of local bans and the environmental impact of the controversial practice, energy experts told Sputnik.

WASHINGTON (Sputnik) — Fracking is a technique that uses high-pressure injection of water, sand and toxic chemicals to extract oil and natural gas from underground shale formations.

Environmental groups and a growing body of research suggest fracking and the disposal of waste water can cause water contamination, methane emissions as well as small tremors.

Despite United States Geological Survey (USGS) research showing the potential dangers to human health as a result of fracking, Gold stated that he has seen “no indication” fracking will be stopped by such “discoveries.”

Environment concerns around fracking have prompted a number of US states to ban or consider banning the practice.

In December 2014, the US state of New York announced a ban on fracking following the release of a report that found the practice poses a risk to public health and the environment. Dozens of cities and counties across the United States have also passed local ordinances limiting or outright banning fracking.

Banning fracking at the state or local level, however, is unlikely to affect the industry, Pennsylvania State Professor of Geosciences Terry Engelder told Sputnik.

“There is such an abundance of gas, for example, that it is irrelevant to industry that New York state has put a moratorium on fracking,” Engelder said. The US natural gas industry may be impacted in the future, he added, if actual bans are passed in critical gas-producing states.

In March 2015, the US Bureau of Land Management introduced new fracking regulations on US public lands, including environmental protections. Then in April 2015, legislation was introduced in the US Congress to ban fracking on public lands.

Even if fracking were banned on public lands it “would not matter in the slightest,” Gold stated, pointing out that the vast majority of fracking takes place on private lands.

“It is going to be a very, very small number of companies” that find themselves with large federal land holdings, Engelder agreed.

The fracking boom in the United States has catapulted the country to be the world’s leading oil producer, with nearly half of production coming from the controversial practice.

Fracking Linked With Increase of Radioactive Gas in US Homes