In the course of the war, the Soviet Union lost more than 26 million people in the fight against Nazi Germany. 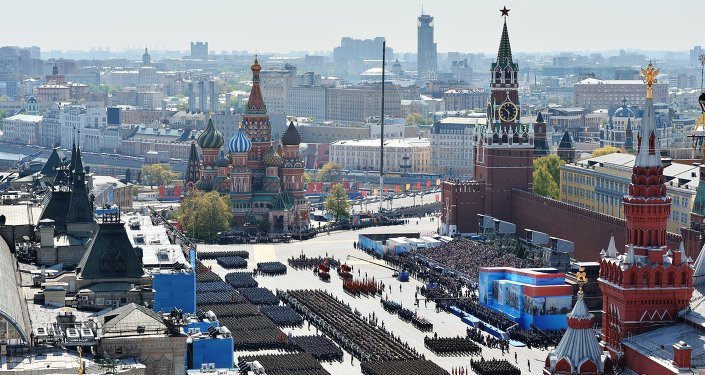 "The USSR in World War II performed marvelously and suffered," Bunting said when asked if the Soviet contribution to victory is not valued enough. "The sacrifice and contribution to the war is not underestimated by me and by people who know military history."

Bunting, an educator and retired military officer, was one of the lead organizers of the Washington 70th celebration of Victory in Europe Day on May 8, 2015.

The organization congratulated the remaining veterans of World War II, and brought together US officials and diplomatic representatives of all the nations involved in the war.

"We cannot say enough good things about the Russians in that period," Bunting noted.

In the course of the war, the Soviet Union lost more than 26 million people in the fight against Nazi Germany and other Axis powers.

The Soviet Union fought the war for nearly four years, accomplishing decisive victories over Nazi forces in Moscow, Stalingrad, Kursk, and in the final Battle of Berlin in May 1945. The War ended on May 9, 1945 (May 8 Berlin time).

On May 9, 150 cities across Russia held celebratory parades to mark the 70th anniversary of the end of World War II and the defeat of Nazi Germany. The large-scale parade in Moscow was attended by 27 leaders of states and governments.