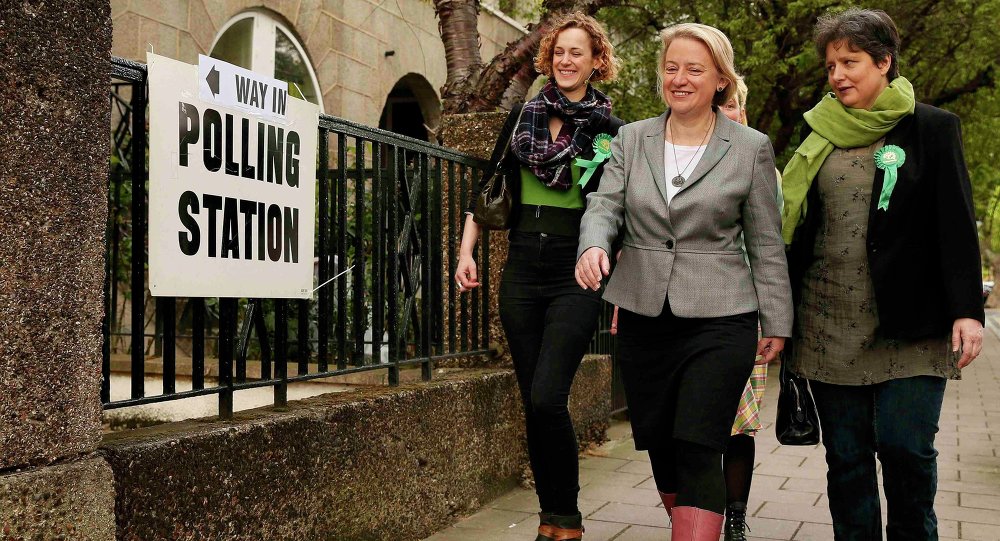 According to the final count, the Green Party received over 1,150,000 votes or 3.8 percent of the ballot, securing one seat in the British parliament. 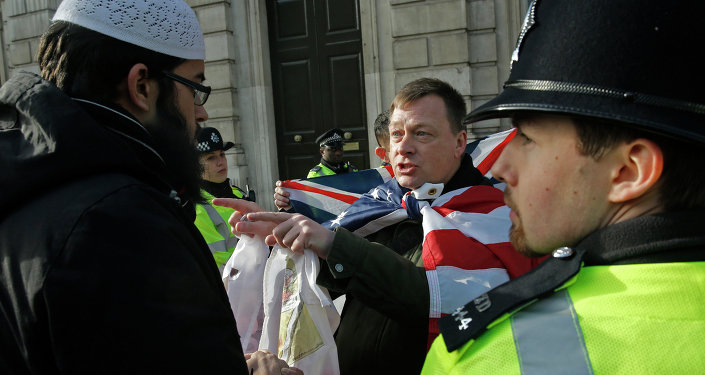 © AFP 2019 / STRINGER
Green Party Candidate Blames Islamization on UK's MidEast Foreign Policy
LONDON (Sputnik), Daria Chernyshova — The results the Green Party of England and Wales received in the May 7 general election in the United Kingdom are the best achievement in the party's history, Jean Lambert, a Green Party politician and a member of the European Parliament for the London region told Sputnik Friday.

According to the final count, the Green Party received over 1,150,000 votes or 3.8 percent of the ballot, securing one seat in the British parliament. The Greens achieved their previous highest general election result in 2005 with almost 282,000 votes — but did not get any seats.

"I think the Green Party results were certainly the best that we've had in general election. Obviously we would have really liked to have had at least one more seat, so that [Green Party leader] Caroline Lucas would not be so lonely on the Westminster."

She added that in certain constituencies the Green Party was pushed hard by the Labour, as well as reminded about the first-past-the-post system which "squeezes smaller parties, because it is always about who can win, rather than who do you want to vote for."

"We knew it was going to be tough but nevertheless we are now in the second place in four of the seats in the UK," Lambert said, adding that the party is "reasonably pleased" with the progress made.

"We've beaten the liberal democrats in a lot of seats, we beat the UK Independence Party in quite a lot of seats, and we retained our one seat in Brighton with an increased majority, which given what was thrown at us, is positive for us."

In its 2015 election manifesto, the Green Party vowed to end austerity, create 1 million public sector jobs and cap the working week at 35 hours.

The Greens strongly oppose the existence of nuclear weapons in the United Kingdom and stand against the EU-US Transatlantic Trade and Investment Partnership (TTIP) deal.