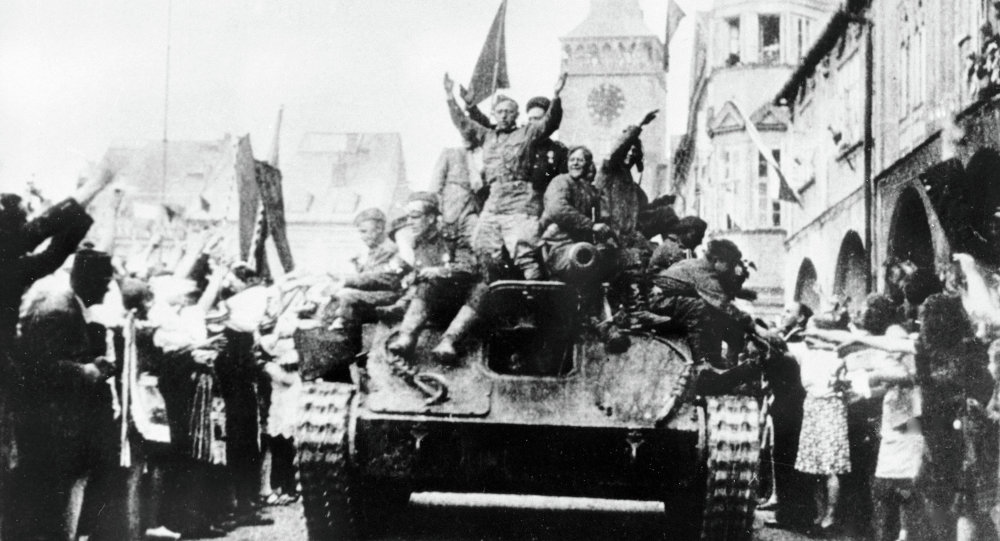 Poles' Animosity Toward Russia Leads Them to Forget About WWII Liberation

In a recent op-ed, Bronislaw Lagowski, a respected political science professor at Krakow's Jagiellonian University, stated that Poles' growing animosity toward Russia has led them to discount the fundamental importance to Poland of the Soviet Union's victory in the Second World War.

Commenting on the worrying trend of Poles allowing themselves to accept more and more the 'German perspective' of the Second World War, Lagowski notes that "local authorities and the party factions standing behind them in the former German cities, which Poland received thanks to its alliance with the Soviet Union, are becoming ever-more vocal about their dissatisfaction with the fact that the Red Army turned Gdansk and other settlements in Pomerania and Silesia to ruins. They project the present alliance with Germany into the past and accept, so to speak, the German point of view."

"In this approach," Lagowski notes, "there is more hostility toward Russia and Russians than toward the imitated German identity." 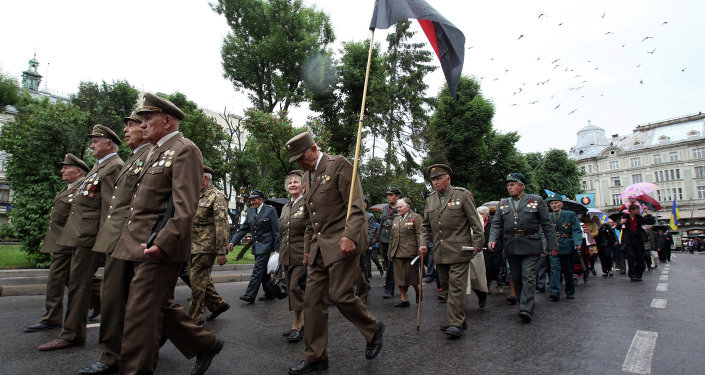 © Sputnik / Pyotr Zadorozhnyi
Streamlining History: Ukrainian Memorial Project Presents USSR-Free Version of WWII
Pointing to the recent scandal over a Russian motorcycle club's attempts to pass through Poland on their way to Berlin to mark the 70th anniversary of victory in the Second World War, Lagowski notes that the reaction of Poland's politicians and media have demonstrated "Poles' incredible thirst for revenge against the Russians. This is one of those moments when a normal, educated person begins to feel like he is in an insane asylum for aggressive lunatics. There is no such thing as collective responsibility, but fate is blind, and for the folly of the few the whole nation may be punished."

Lagowski notes that some Poles, including the current political elite, "cannot tolerate the passage of the Russian bikers, cannot tolerate Russia flaunting its victory in the Second World War. On each anniversary of victory, they look for a way to offend Moscow." He states that on his part, he is ashamed of president Bronislaw Komorowski, "who along with his staff tries to think of ways to spoil the Russians' holiday celebrating victory over the Third Reich."

Moral Equivalency and Apathy Toward History

© AP Photo / Czarek Sokolowski
Poland Has USSR to Thank for Its Freedom - Israeli Diplomat
Lagowski believes that "the generation which have grown up after the war has a vague idea of what it was about. They can be easily convinced that Hitler and Stalin are both thugs and criminals and that there is no difference between which dictator wins. This type of thing is said by a relatively young man indifferent to his Jewish origins. In the instance of Hitler's victory, his ancestors would have in all certainty been wiped out, yet he nonetheless believes that he would somehow be born."

The scholar attributes the tendency to forget history to the fact that "Auschwitz and other death camps have become symbols, and there seem to be fewer and fewer people who are aware that they were a reality. It's worth pondering about Auschwitz, Treblinka, Belzec. Before they became a reality, no one could believe that such horrors are possible. If the Nazi German armies had emerged victorious, if they had secured the lebensraum for which they had fought, Auschwitz would be repeated many times over, and the crematoria would continue to be built, until they had destroyed the last of the people who had been condemned to death."

Without Soviet Army, Slavery and Physical Destruction for Slavs and Jews 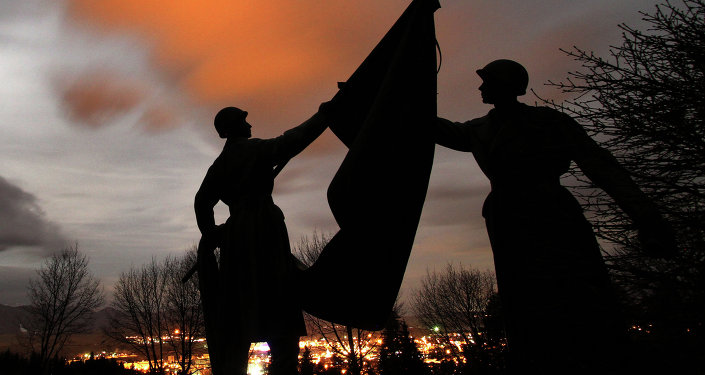 © AFP 2019 / JOE KLAMAR
Slovak Parliament Thanks People of Former USSR for WWII Victory
"What prevented this from happening?" Lagowski asks rhetorically. "Did the Wehrmacht cease to obey its leaders? Had Himmler changed his mind? The aim of the war was to occupy the lands inhabited by the Slavs. Some of them were slated for destruction, others for slavery to the Germans. The fact that this did not happen does not mean that it was not possible."

Ultimately, Lagowski notes, "all this did not happen for one very obvious reason: the Soviet Union mobilized all of its forces in order to prevent the Germans from accomplishing their goal. If the Soviet total mobilization had lacked a single essential element, who knows how the war would have developed. One of those elements was Stalin. It is not correct to look at this Russified Georgian from only one immovable perspective; reality is multi-dimensional, and only phantoms are flat."

"For the people of Western Europe, the victory of the Third Reich would mean only a loss of independence which, if it did not lead to a loss of civilization, is not so serious. For the Jews, it would have meant total physical destruction; for the Slavs –Poles, Ukrainians, Russians: slavery. The Russians have a just and compelling reason to be proud that they prevented this," Lagowski concludes.