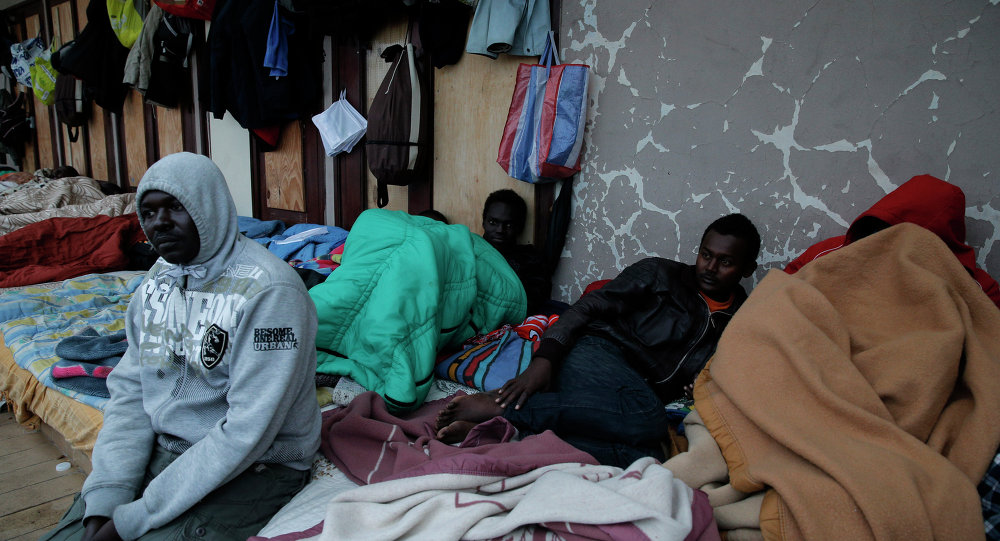 Europe needs a rescue mission in the Mediterranean in order to provide refugees with an opportunity for a better life, a member of the European Parliament told Sputnik.

© AFP 2019 / MV PINAR E CREW / UNHCR
There Were No Boats With Migrants Before Overthrow of Gaddafi - UKIP Leader
MOSCOW (Sputnik), Anastasia Levchenko — Europe needs to create a rescue mission in the Mediterranean and provide refugees with an opportunity for a safe and legal access to destination countries, a member of the European Parliament told Sputnik on Monday.

Around 700 migrants from Africa are feared to have died after a boat on which they attempted to cross the Mediterranean capsized and sank on late Sunday. Only 28 people have been rescued.

"We should have a rescue mission in the Mediterranean, first of all, but we should also make sure that refugees have the opportunity for a safe and legal access to the European Union, so that they do not have to go to the Mediterranean to arrive here," Ska Keller, who deals with migration issues and represents the German Greens in the European Parliament, told Sputnik.

The European Union's earlier version of rescue operations, dubbed, "Mare Nostrum," and operated by the Italian Navy were scaled back in October 2014.

"It was removed because the Italian government did not find political and financial support from other member-states," Keller explained.

In order to replace Mare Nostrum, the EU agency for external borders Frontex established a joint operation "Triton" starting from November 2014. Triton cannot be viewed as an alternative for Mare Nostrum, as it is a border guarding mission active solely within 30 miles off the Italian coast. 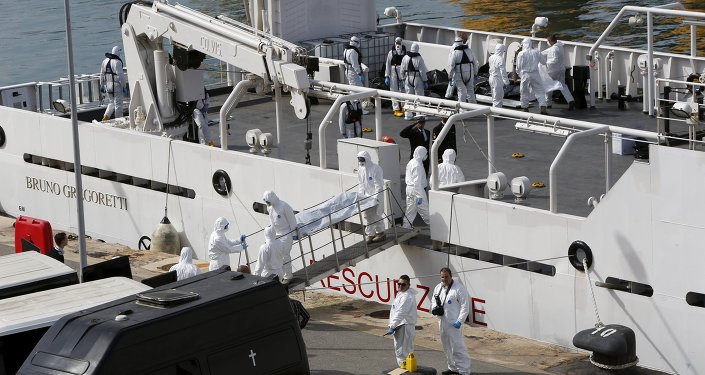 © REUTERS / Darrin Zammit Lupi
More Migrants Drown in Mediterranean as EU Officials Meet to Discuss Issue
Keller explained that a number of EU states have previously opposed the idea of creating an extensive rescue mission, fearing that it could attract more newcomers from Africa.

However, the scale of the recent tragedies in the Mediterranean has a potential of changing the EU policy on migrants.

"Now there is a lot of public debate around that, and I think it will be very difficult for countries to argue against… All the member states need to contribute," Keller said.

A few first steps to change the EU-wide policy have been made. At the conclusion of a joint meeting of foreign and interior EU ministers on Monday, a 10-point action plan on migration was presented.

The plan envisages reinforcement of the EU Joint Operations in the Mediterranean both financially and geographically, as well as measures to fight against smugglers and improve asylum application processing. The motion gained full support by ministers and will be further considered at the extraordinary European Council meetings on Thursday.

The Mediterranean is one of the main routes for migrants fleeing conflicts in North Africa and the Middle East. Due to current instability in the region, the number of newcomers has increased dramatically. According to the UN Refugee Agency, the amount of migrants arriving to Europe by sea has increased by 60 percent in the beginning of this year compared to January 2014.

Crushed to Death, in a Bin: Hidden Misery of Europe's Migrants Exposed