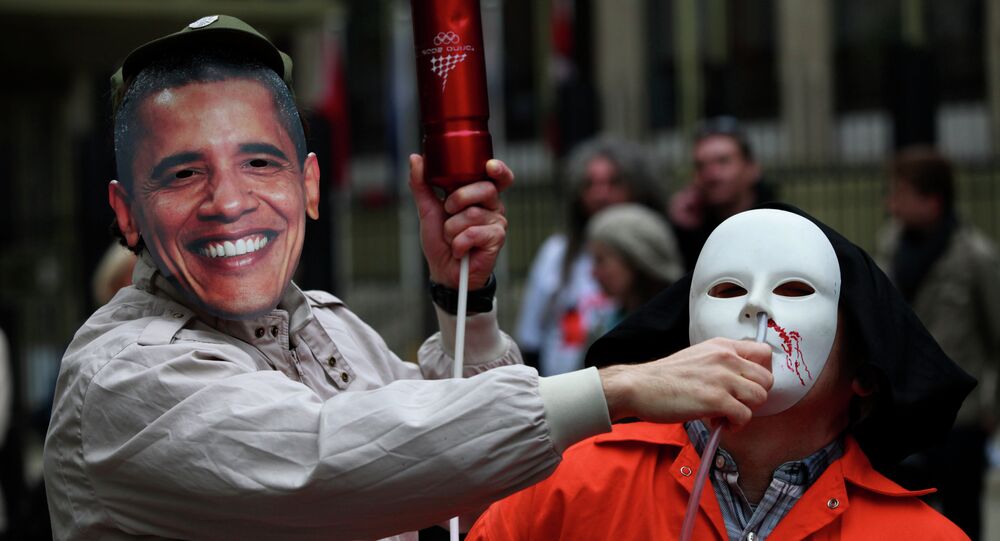 With US President Barack Obama deciding to remove Cuba from the list of state sponsors of terrorism, the next question is, will he make good on his promise to shut down the US prison base at Guantanamo?

"Closing it was Obama's first Executive Order when he became president," says filmmaker Patricio Henriquez. In his documentary 'Uyghurs: Prisoners of the Absurd' which recently showed at the Human Rights Watch Travelling Film Festival in London and New York, the award-winning Henriquez uses the experience of one minority group to throw light on the geopolitical factors at play behind this anomaly.

"The Crushing of Human Rights"

Guantanamo, set up after 9/11 to house terrorist suspects, has sparked international outrage over its treatment of inmates, and the US legal system itself has found many of those imprisoned innocent, deeming them due for release which somehow never comes.

"When we replace ignorance with knowledge, that's a first step towards change and transformation" #PatricioHenriquez telling the story of #Guantanamo 's #Uyghur detainees. See the film Tues 3/24 at @ritzy_cinema tix at: ff.hrw.org/London

Indignant over "the crushing of human rights", he followed the experience of a group of China's Uyghurs — Turkic Muslims — who were sold by bounty hunters to the US as terrorists in Afghanistan and ended up spending years imprisoned in Guantanamo and the labyrinth of the US justice system.

"I found it was an outrageous situation," Henriquez told Sputnik. "It could have been a sci-fi film."

Because the men were on the wanted list in China, which described them as terrorists, the US authorities were in a bind as to where to release them to, even when they declared them innocent.

"The US asked European nations to accept the men due for release, but nobody was interested," Henriquez told Sputnik.

Eventually a handful of the men were released to British Overseas Territory Bermuda.

"The UK is a US ally but the British didn't know about this deal," explained Henriquez.

US lawyer Sabin Willett says in the film that the US knew Whitehall would "go nuts" when they found out about the deal.

Willett, who visited his Uyghur clients while they were incarcerated, says they lived in "a dungeon above the ground."

Recreation hour was held in "a kind of chimney."

"You might see the sun at the top if you were really lucky. Men would count the days since they last saw the sun."

'Prisoners of the Absurd' shows those extraordinary moments when the Uyghur men find themselves deposited in the sunny Bermudan sunshine after several years of close imprisonment and repeated false hopes of release.

Later, they were moved. Henriquez says he knows where they are but will not disclose the information.

For Willett, as for the hundreds of other US lawyers who have worked pro bono for years to get 'released' Guantanamo prisoners actually released, the plight of men declared innocent but not released because of tangled political agendas is clearly an affront to the legal vocation as well as to the sense of humanity.

"Under US law," says Willett, "innocent people are not shackled."

Obama — himself a lawyer — said of Guantanamo:

"I refuse to allow this problem to fester. Our courts won't allow it and neither should our consciences."

If you missed it at @hrwfilmfestival, book now for UYGHURS, PRISONERS OF THE ABSURD on 30 Apr! http://t.co/7duYwEAVIr pic.twitter.com/dryT7M1jXw

Some of the most striking moments in the documentary show Obama in sharp close-up as the new president, signing his first executive order — to close Guantanamo.

Except that so far, that isn't it.

"I think Obama has disappointed a lot of people over Guantanamo," says Henriquez, with resignation. "Including perhaps himself. You can see his conviction when he signed that order — it was the very first one he signed."