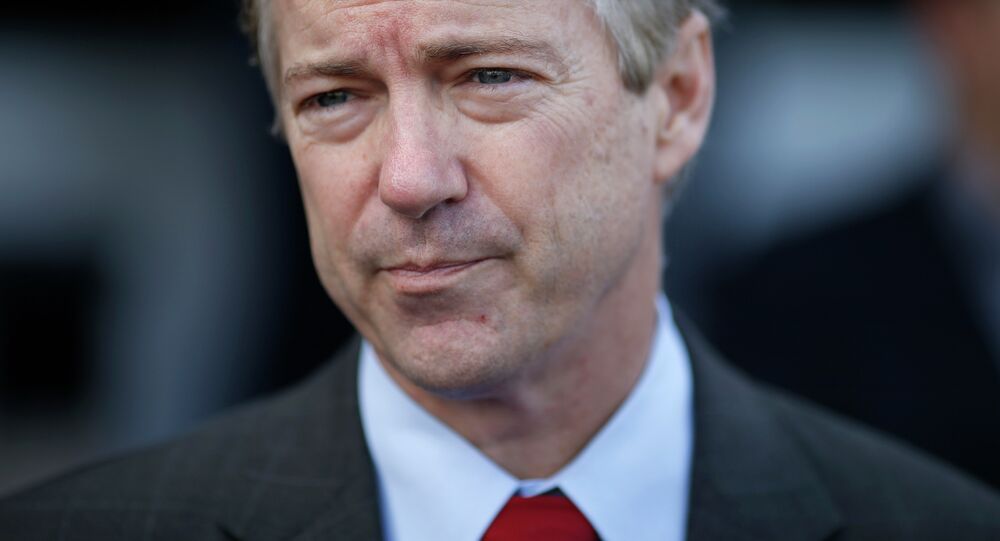 Experts forecast that Hillary Clinton is poised to win the 2016 Presidential Election over US Senator Rand Paul despite a lack of enthusiasm for Clinton’s campaign among potential voters.

WASHINGTON (Sputnik) — Former US Secretary of State Hillary Clinton is poised to win the 2016 Presidential Election over US Senator Rand Paul despite lack of enthusiasm for Clinton’s campaign among potential voters, experts told Sputnik.

“The strange thing with [Hillary] Clinton now is people don’t particularly like her,” University of Northern Iowa Political Science Professor Justin Holmes said on Monday. “More people are enthused about Rand Paul, but that’s not that big of a group.”

© Sputnik
Obama Curbs Clinton Endorsement as Other 'Friends' Consider Presidency
Holmes explained that Clinton has the support of the US Democratic Party and does not have real challengers to her candidacy, while Paul is more of an outsider to the US Republican Party and will have difficulty gaining endorsements from the Party’s establishment.

“Hillary has a little bit of trouble because for some of the rank and file Democrats, they would prefer Elizabeth Warren,” Holmes said. “I just don’t see any [challengers to Clinton] coming out of the woodwork on the Democrat side.”

On Sunday, Clinton announced online in a video that she would be running for the US presidency for a second time, after much speculation about Clinton’s 2016 ambitions in the US media.

But, while Clinton is the obvious frontrunner, it does not mean the path to the US Presidency in 2016 will be without challenges, Boston University Professor of Mass Communications and Public Relations Tobe Berkovitz told Sputnik on Monday.

“Clinton has too many cooks in her kitchen and big-time consultants, and the odds that group will work together are highly questionable,” Berkovitz said. “When problems occur for her, she will get prickly, and then cry since it’s worked for her in the past.”

© AP Photo / John Locher
Rand Paul Vows to Treat Clinton With Same Respect as Men
Berkovitz said that Paul has a firmer and clearer ideology and while he has softened his isolationist Liberterian point of view, he will stick firmly to his established record.

“He [Paul] is really trying to speak at the moment to a narrow band of voters,” Berkovitz said. “Not to say small, but well-defined.”

Berkovitz explained that while Paul is openly stating what he believes in, Clinton is much more cautious about expressing her beliefs, and such an approach might create problems with her political supporters as well as with potential 2016 voters.

Berkovitz concluded that there is great deal of time and too many unknown factors that could affect the 2016 election, including current US President Barack Obama.

“Obama is a wild card as to whether or not he will become more popular or crater down,” Berkovitz said.

On Thursday, a Quinnipiac University Swing State Poll revealed that Paul leads Clinton in the swing US states of Colorado and Iowa.