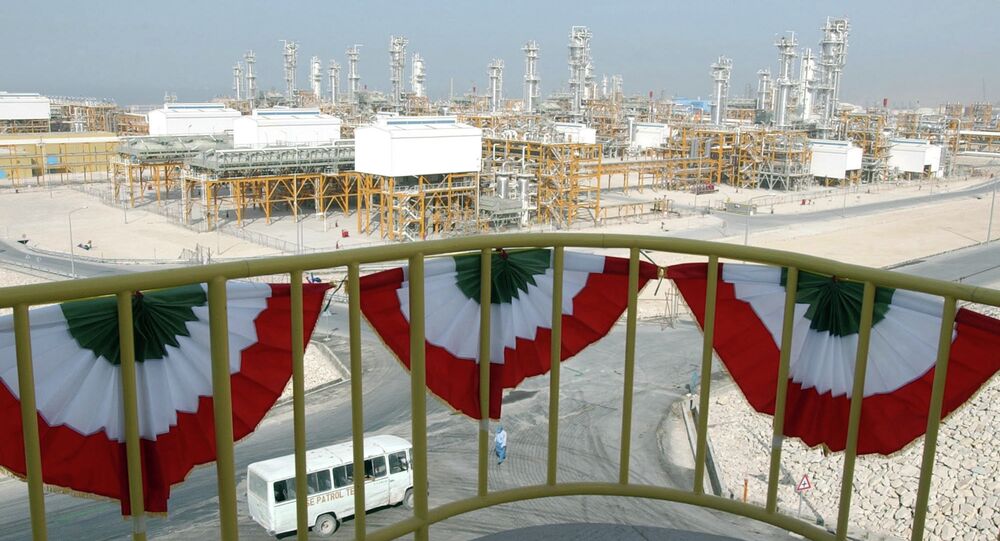 "By and large I think, it is clear that United States would never, as long as they have the power, would never accept Iran to get away with anything,"analyst tells Sputnik.

Peter Koenig — geopolitical analyst and former World Bank economist spoke to Sputnik about the sanctions against Iran and who is profiting from the so called ‘Iranian nuclear threat.’

“I think first of all we all should know that this whole hype of Iran being a nuclear threat to the world it’s a farce, it’s a totally fabricated farce.”

© Flickr / US Army Corps of Engineers Europe District
US, NATO Searching for Reasons for Missile Defense as Iran 'Threat' Fades
“We all forget this, because we are swamped by western media saying that Iran is a real danger to the world because of its nuclear power. It’s all nonsense,” Koenig told Sputnik.

He went on to elaborate that the whole hype started when Iran announced in 2007 that it would launch Iranian oil board that would be like a stock exchange where countries could trade hydro carbons in euros instead of dollars.

“This of course would immediately affect the dollar hegemony of the world and the dollar dominance. It would take a tool away from the United States to sanction or coarse countries into behaving the way they want them to behave,” said Koenig.

According to him the notion regarding Iranian threat was invented to make Iran look bad in the world and what could be better than another weapon of mass destruction which everyone knew had already been invented in Iraq before. “Iran was suddenly a piranha state that was a danger for the world with nuclear weapons.”

“The media also financed by this fraudulent dollar system of course around the world, has convinced most people that this was the case. The mainstream people, those who read mainstream media they all think that Iran has to be subdued and they are not allowed to have nuclear power plants, fuels, their own fortified or enriched uranium.”

© AP Photo / Vahid Salemi
Iran Refuses to Sign Nuclear Deal Unless Sanctions Fully Lifted - Rouhani
Regarding the recent deal that was made in Lausanne, Switzerland, Koenig said that those who know the background of the situation will see it as either positive result or a negative result. “By and large I think, it is clear that United States would never, as long as they have the power, would never accept Iran to get away with anything.”

“Even though Iran does what it negotiated, US will always find a reason for not losing its strong hold on Iran because they think that Iran is a danger. If Iran is an independent country it will start selling their hydro carbons in another currency than the dollar, this undermines the whole hegemony of the United States and their economy, of their economic pressure around the world,” said Koenig.

US, NATO Searching for Reasons for Missile Defense as Iran 'Threat' Fades