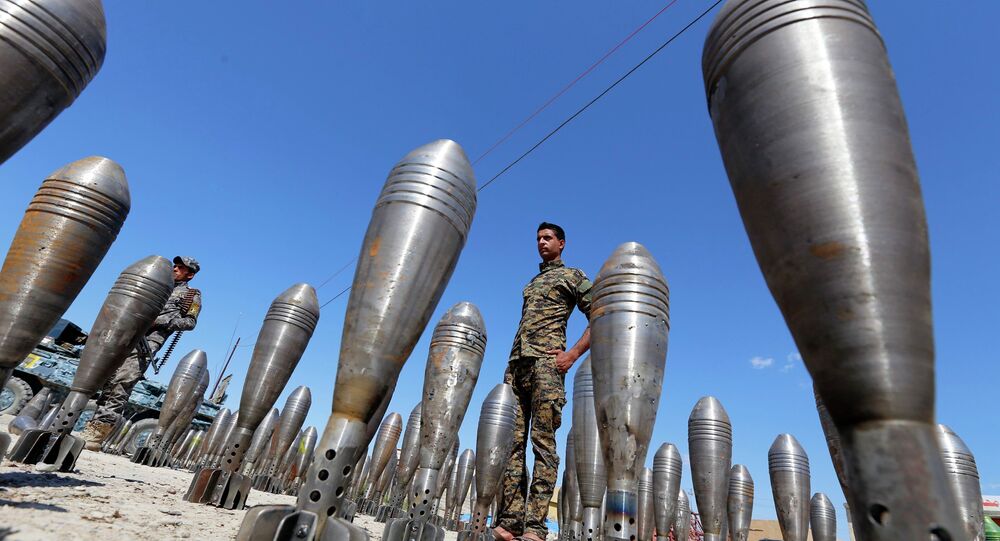 An agreement with Iran over its nuclear program does not necessarily mean that Tehran will not try to build a bomb. This would prompt other Arab states to develop their own nuclear weapons, leading to an arms race in the Middle East, publicist and political analyst Avigdor Eskin warned in an interview with Sputnik.

As a result, terrorist groups, including Islamic State and Hezbollah, could end up "running around the world with nuclear weapons," Eskin said.

The Israeli publicist mentioned former US secretaries of state Henry Kissinger and George Schultz, who recently criticized Barack Obama for reaching an interim deal. "Once you allow them (the Iranians) to advance it's very difficult to stop them. This is their basic thought," Eskin said.

"You can still prevent it now. You can talk to people, who can offer them benefits, you can trade, bargain, even threaten, you can convince, you can make some concessions. … But the moment they start getting closer to the goal, it will be a nightmare for the whole region," according to the political analyst.

© AP Photo / Vahid Salemi
Iran Refuses to Sign Nuclear Deal Unless Sanctions Fully Lifted - Rouhani
On April 2, Iran and the P5+1 group of international mediators reached an interim deal on Tehran's nuclear program after marathon talks in Switzerland. In exchange for the lifting of sanctions imposed by the US, the EU and the UN Security Council, Iran agreed to limit its uranium enrichment capacity to ensure that its nuclear goals are purely peaceful.

A final comprehensive deal is expected to be signed by the end of June.