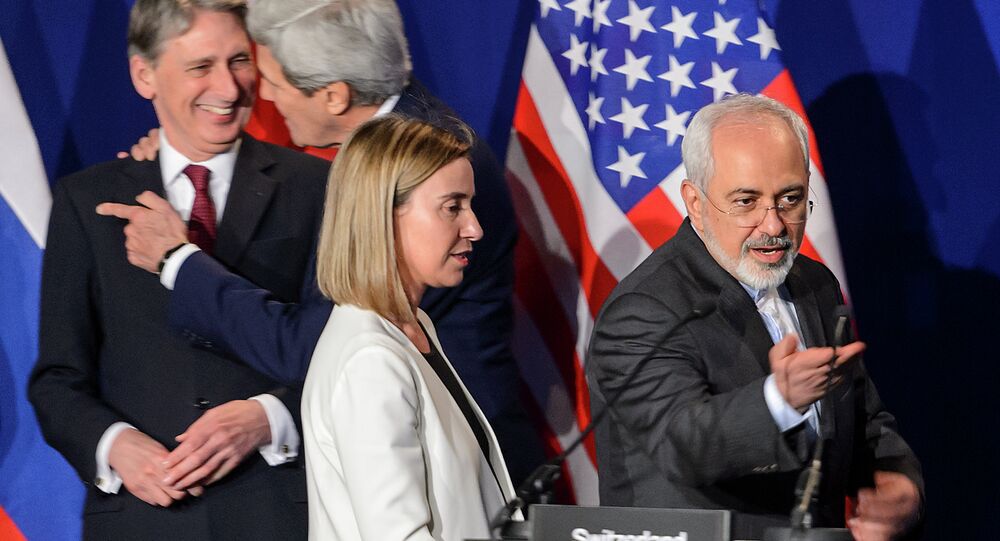 A future US President could roll back an agreement with Iran on its nuclear program, but the chances of doing so are very unlikely, US experts on Iran told Sputnik on Friday.

WASHINGTON (Sputnik) — Eurasia Group Chairman and former US State Department advisor Cliff Kupchan said that the threat of a future US president reversing the deal “is easy to overplay.”

© AP Photo / Brendan Smialowski
The Iran Nuclear Deal: Highlights, High Hopes, and Haters
“It’s an executive agreement, so the next President could declare it null, just abrogate it,” Cliff Kupchan said. “I think the chances are low, because obviously both sides think the deal is in their interest.”

John Limbert, a former US State Department official who was taken hostage in Iran in 1979, told Sputnik, “I don’t think it’s likely” a future president will renege on the deal. “That would be very difficult to do,” he added.

There is a strong likelihood an agreement on Iran’s nuclear program would face criticism from Republican candidates leading into the 2016 US presidential election, Limbert noted.

“People make all kinds of statements when they’re running for office,” he advised, but added he does not anticipate a future US administration reversing a potential Iran deal.

© AFP 2021 / NICHOLAS KAMM
'Historic Deal' With Iran Reached - Obama
Kupchan explained to Sputnik that as long as Iran remains compliant to the negotiated agreements on its nuclear program “it will be impossible” for a future president to annul it.

If Iran, however, does not comply with whatever terms are reached, the agreement could be rolled back. “Especially a Republican president could undo this thing,” he added.

In early March 2015, a group of 47 Republican Senators sent a letter to the Iranian government stating that any negotiated nuclear agreement which does not have the approval of the US Congress is a mere executive agreement. The Senators warned that the next US President could revoke the agreement “with the stroke of a pen.”

On Thursday, the negotiating team of the P5+1 countries and Iran came to an agreement on a political framework for the final agreement. The deadline for a final agreement is set for the end of June 2015.