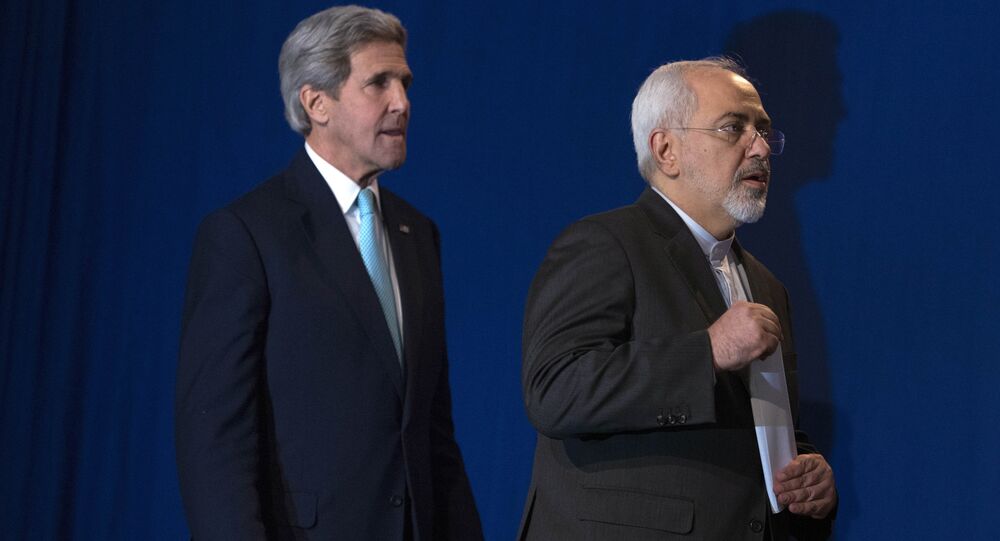 "The US is now very eager to become open and friendly with Iran and to have Iran as an ally rather than a hostile state, and actually sacrifice the relations not only with Israel, but also with some Arab states as well."

The relations between the United States and its closest ally in the Middle East have reached their lowest level in recent months. The Obama administration openly voiced its discontent over Benjamin Netanyahu's decision to speak before the US Congress. The Israeli prime minister used the opportunity to denounce the agreement with Iran the global powers have been trying to reach for months.

© East News / UPI Photo / eyevine
Change of Tone? White House Chief of Staff Says 50 Years of Israeli Occupation Must End
In mid-March, Netanyahu said he was against a two-state solution to the Middle East conflict, adding that a Palestinian state would not be established while he remains in office. The remark sparked speculations that the United States could abandon its decades-long policy of vetoing any resolution in the UN Security Council relating to Israel and Palestine that Tel Aviv considers harmful.

"The US is threatening Israel with not imposing the veto any more in the Security Council on anti-Israeli resolutions, such as the resolutions calling upon the UN to send a peacekeeping force, or sanctions, etc.," Eskin said. "This is not going to happen. Israel is prepared diplomatically to take all necessary steps to assure that there will be no military involvement of the US or UN whatsoever," he added.

"But there is another interesting aspect here – if the US goes too far, there will be no doubt that Russia will have a certain interest in exercising the veto power in the Security Council. Not to support the Israeli policies, like Russia did with Iran without supporting Iran as such."

The political analyst is convinced that closer relations between Russia and Israel will be profitable for both nations.

"This can be very profitable for Russia, because Russia needs technology and developments in high-tech. The West is threatening Russia with additional sanctions right now, especially in this field of high-tech," Eskin said.