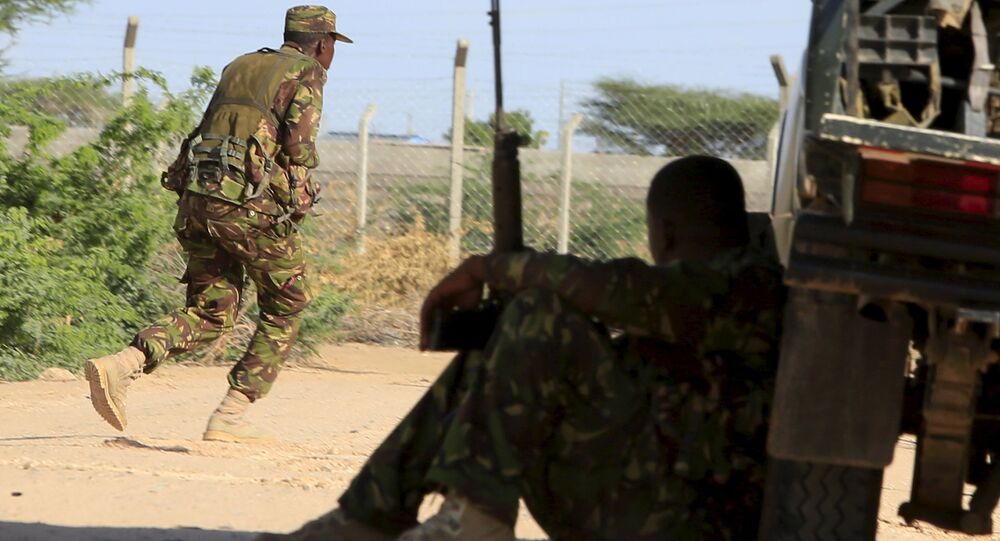 Experts said the terrorist attack on the Garissa University College in Kenya is an attempt by al-Shabaab to divide Christians and Muslims and deepen religious divisions in the country.

WASHINGTON (Sputnik), Thomas Zimmer — The attack on Kenya’s University College in Garissa on Thursday is part of a strategy by the Somali militant group Al-Shabaab to divide Christians and Muslims and deepen sectarian divisions, experts told Sputnik.

“They [Al-Shabaab] want to show they are still very much a force by trying to inflame religious and sectarian violence in order to deepen divisions in Kenya and attract more alienated Muslim youth support across ethnic lines,” Center For Strategic and International Studies Africa Program Director Jennifer Cooke told Sputnik on Thursday.

Cooke explained that Al-Shabaab often seeks to kill Christians by separating them from Muslims, and has used the tactic in other attacks it carried, including on the Westgate Mall in Nairobi in September 2013 where it killed 67 people.

© AP Photo
Garissa College Attack in Kenya Claims 147 Lives, US Condemns Terror Act
Al-Shabaab used a similar approach in the November 2014 attack on a bus in Mandera in which it killed 28 people, she added, and in the December 2014 atatck in Kormey, where it killed 36 people.

“These attacks create an atmosphere of fear and insecurity in Kenya,” Cooke said. “They have had a massive effect on the Kenyan tourist economy and the northern Kenyan economy since Kenya was known as a safe place to do business and be a tourist.”

The Thursday attack in the University College in Garissa left 147 people dead and 9 critically injured, which were airlifted to the capital Nairobi for medical treatment.

The Garissa attack was not unlike the attack on the Nairobi Mall, concurred Boston University African History Professor Allison Blakely said on Thursday.

Blakeley explained that in Nairobi, Al-Shabaab tried to separate Christians from Muslims and execute them by asking questions such as who Prophet Mohammad’s wife was.

Experts argue that Islamic radicalization is in large part a result of the breakdown in governance in Kenya in the 1990s, which allowed various militant groups to consolidate into what is now Al-Shabaab and exploit as well as further the existing religious and other divisions.

© AP Photo
Al-Shabab Claims Responsibility for Deadly Attack on Kenya Quarry
“Al-Shabaab is a local Islamist organization that came out of the collapse of the Kenyan government in the 1990s, and a coalition of radical Islamist groups in Kenya grew into Al-Shabaab,” Blakely added.

Cooke also argued that the heightened attention brought to Al-Shabaab attacks by media coverage does more harm than good because it raises the group’s public profile.

Additional attacks in Kenya or Somalia are likely, she added, because Al-Shabaab is trying to get revenge for the African Union Force pushing the militant Islamist group out of land they previously laid claim to.

More recently, Al-Shabaab attacked a hotel in Mogadishu, Somalia on March 27, killing 9 people, including the Somali Ambassador to the United Nations.