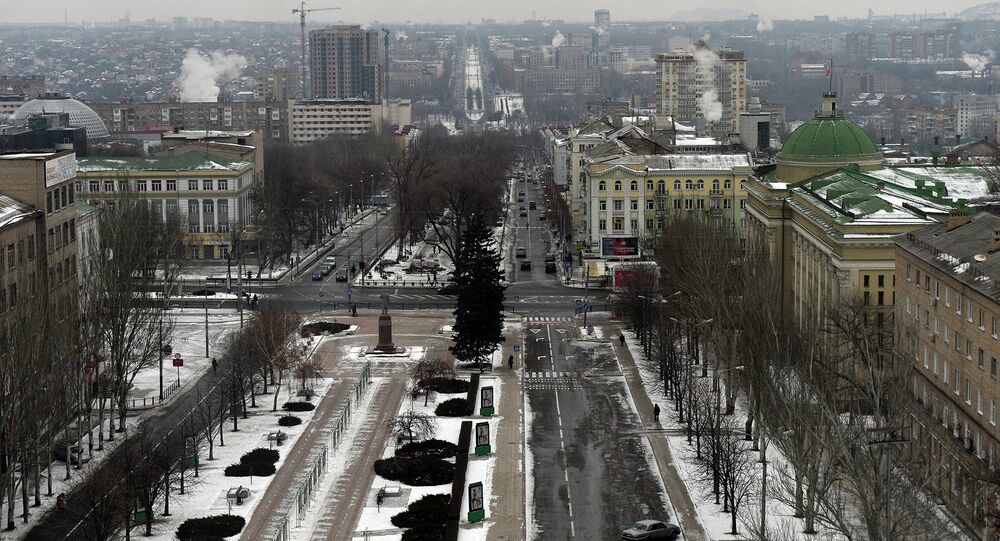 Ukraine has always been deeply divided, both culturally and politically, with its eastern regions closely linked to Russia. However, the West obscures geopolitical realities, being obsessed with slamming Russia's leader Vladimir Putin, noted Jay Ogilvy, a Stratfor analyst.

© Sputnik / Sergey Averin
US Strategy to Arm Kiev a 'Fantasy' Doomed to Failure – James Carden
Instead of adding fuel to the fire of the ongoing Ukrainian crisis, "foolishly giving in to calls to arm" the Kiev regime, the West should have focused on geopolitical realities and the region's history, underscored Jay Ogilvy, an American analyst, author and a member of Stratfor's editorial board.

"The dominant US narrative for Ukraine is that Ukraine is simply one more Eastern European country trying to pry itself out from under seven decades of Soviet oppression. This narrative is profoundly misleading," the author emphasized, pointing to the fact that Ukraine has always been deeply divided both culturally and politically with its eastern regions closely connected to Russia.

Referring to statistical evidence, the Stratfor analyst pointed out that Ukraine's eastern regions, inhabited predominantly by Russian-speakers (over 50 percent), has always leaned toward Russia, voting for Viktor Yanukovych in 2004 and 2010 rather than for pro-Western candidates Viktor Yushchenko and Yulia Timoshenko.

Jay Ogilvy underscored that this phenomenon is deeply rooted in the country's past: these territories had long been an integral part of the Russian Empire, while Crimea was ceded to Ukraine only in 1954 by Soviet leader Nikita Khrushchev, who "could hardly have imagined that his beloved Ukraine would cease to be part of the Soviet Union in less than 40 years."

However, the US media ignores the region's historical background, presenting a "black-and-white" narrative of the Russian "aggression" and resistance from Ukraine "mistakenly believed to be united in its fear of Russia."

© AFP 2020 / PETRAS MALUKAS
NATO Should Have Been Dissolved at End of Cold War – Jacob Hornberger
At the same time "an amnesiac American media" has apparently forgotten that after the fall of the Soviet Union US President George H.W. Bush promised the Soviet leader Mikhail Gorbachev not to expand NATO toward the Russian borders at a Malta meeting in 1989, the Stratfor analyst stressed.

However, the promise was broken and Washington has adopted a "triumphalist" winner-take-all approach to Russia.

After meddling in Ukraine's domestic affairs, including the notorious February 2014 coup, Washington is now pointing its finger at Moscow, blaming Vladimir Putin personally for the deepening Ukrainian crisis. The US is promoting a simplistic narrative of the situation in Ukraine, pressing for a winner-take-all solution.

However, according to the author, the US should take Russia's interests into consideration: if Washington obscures geopolitical realities, it is in danger of fanning the flames of old Cold War hostilities.

"A deeper understanding of the geopolitical realities, seen in the context of history, near and far, should give us pause before foolishly giving in to calls to arm the Ukrainians against an unlikely Russian offensive," concluded Jay Ogilvy.