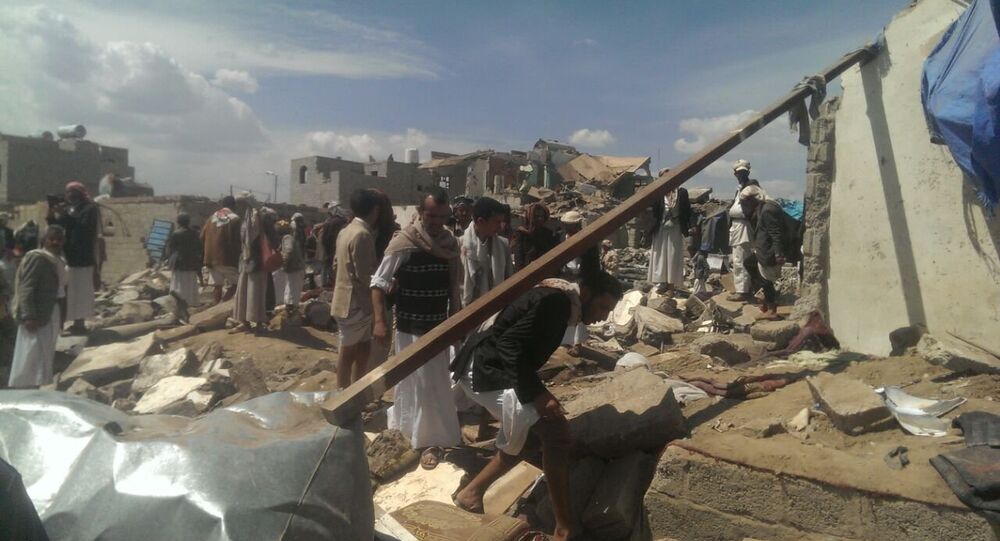 © Sputnik / Faisal al-Shabibi
US Focused on Counterterrorism in Yemen, Lacks Strategy -Former CIA Officer
WASHINGTON (Sputnik) — The security situation in Yemen has deteriorated in the past several weeks as the country is split among opposition Houthi fighters battling troops loyal to President Abd Rabbuh Mansur Hadi in the center of the country, and al-Qaeda militants gaining a foothold in the south.

“As the conflict gets more acute and the security situation deteriorates the resulting power and security vacuum has the potential of aiding AQAP in further consolidating itself in the southern parts of Yemen,” University of St. Andrews Lecturer Rashmi Singh told Sputnik on Thursday.

On Wednesday, Saudi Arabia launched military operations against the Houthi rebels, responding to a request from President Hadi. Bahrain, Qatar and Egypt, among other mostly Arab states, have joined the Saudi-led coalition.

Singh noted that the AQAP can leverage the current military situation to expand further northward toward Yemen’s capital Sanaa.

The expert underscored there is a clear danger AQAP is going to manifest itself in Yemen, should this conflict continue on its present course.

“As long as it remains chaotic on the ground, al-Qaeda will gain from that,” University of California at Los Angeles Professor of Middle Eastern History James Gelvin told Sputnik.

Gelvin noted that while the AQAP is on the opposite side of the Houthi rebels, they will stop benefitting from the situation if Saudi Arabia intervenes with ground forces in Yemen.

© AP Photo / Cliff Owen
Failing US Mid-East Policy Likely to Cause Proxy War in Yemen - Senators
“Once that chaos on the ground ends, AQAP will be subject to the same drone attacks,” Gelvin said.

The expert added that President Hadi, who is reportedly hiding abroad at present, had been very pro-American and allowed the US military to run counter-terrorism operations inside and outside of Yemen.

Gelvin said the United States had to abandon those operations and withdrew troops as well as closed its embassy in Sanaa, all of which which interfere with waging the war on terror.