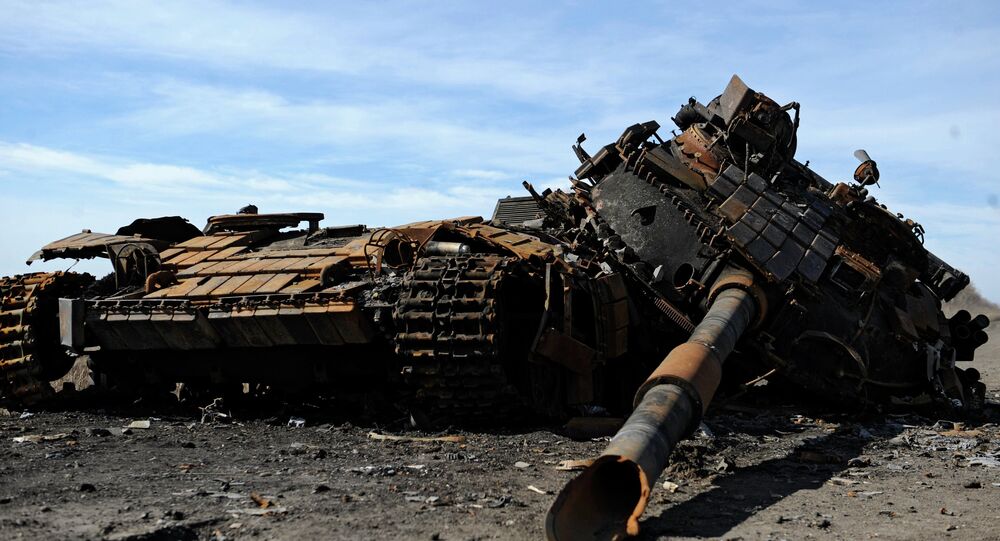 American neocons, pursuing their goal of global domination are leading the US to economic ruin and tyranny, stressed a US expert, stating that non-interventionism should become the guiding principle of US foreign policy.

© REUTERS / Marko Djurica
Western Interference in Ukraine's Internal Affairs Reason of Crisis - Moscow
Non-interventionism should become a guiding principle of US foreign policy, deemed a US expert, adding that Washington's involvement in domestic affairs of other countries brings neither democracy nor prosperity to the nations.

"I came to understand that the only logical solution to the problem of the post-Cold War era was to embrace non-interventionism as the guiding principle of US foreign policy. Nothing else made sense," underscored Daniel McAdams, the Executive Director of the Ron Paul Institute for Peace and Prosperity in an interview to The Daily Bell.

The expert noted that the US has been meddling in Ukraine's domestic affairs since early 2000s, most notably the so-called Orange Revolution, "which was covertly and overtly funded and supported" by Washington and its influential neocon policy-makers.

The Kiev regime of Viktor Yushchenko, however, quickly became a problem despite unprecedented support from the West. In 2014, US interventionists  instigated another regime change, ousting Ukraine's democratically elected Viktor Yanukovich and bringing to power a pro-Western government.

Alas, "the promised stability, democracy, and prosperity has, as in other US interventionist projects, come up somewhat short," noted Daniel McAdams referring to Western-backed coup in Libya, that "bombed the country back to the stone age," as well as to social unrests in Syria, Yemen and Tunisia.

© AP Photo / Ebrahim Noroozi
US, World's Biggest Bully, Must Be Isolated by Its Allies – Eric Zuesse
Ukraine's destabilization was not the ultimate goal of US policy-makers, however, the ongoing turmoil is being used by the US oligarchs as a smoke screen "to get their hands on Ukraine's potential natural resources riches." At the same time, the US military-industrial complex views the country as a potential NATO foothold.

According to the expert there is great danger of a direct military confrontation between the US and Russia. The United States, led by neocons like Assistant Secretary of State Victoria Nuland, Anthony Blinken, Susan Rice and etc., are determined to push Russia beyond a "red-line." On the other hand, NATO military exercises right on the Russian borders combined with blatant anti-Russia propaganda in Western mass-media are only adding fuel to the fire.

The expert denounced the narrative of US neocons and corporate media about the "massive Russian invasion" of Ukraine and a "reign of terror" in Crimea. US media sources have not provided any credible evidence supporting their statements, he stressed.

© Sputnik / Alexey Malgavko
Crimea’s Reunification With Russia Real Example of Democracy – Official
Meanwhile, an independent Gallup poll held in June indicated that some 83 percent of Crimeans of all ethnicities considered the referendum of March 16 legitimate.

At the same time another survey, carried out by German pollsters, showed that 82 percent of Crimea's population was happy with reunification with Russia.

Daniel McAdams stressed that Russia's firm stance deals a severe blow to imperial designs of American neocons', who are evidently leading the US "to economic ruin and tyranny."

"We cannot afford a world empire and the pursuit of empire abroad historically goes hand-in-hand with lurching tyranny at home. A look at the state post-9/11 civil liberties in the US shows in what direction we are heading," he concluded.