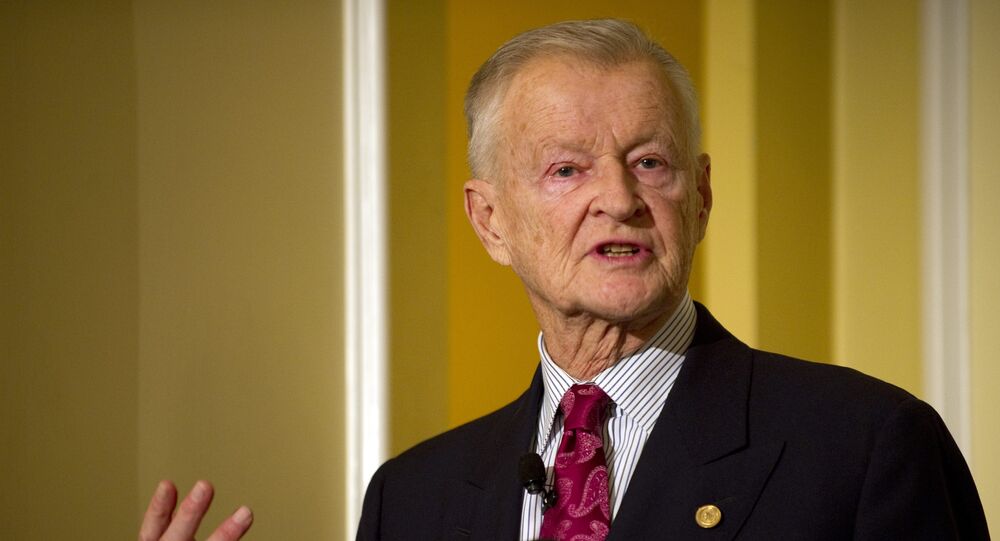 © Flickr / Jo Morcom
Power Play Behind Regime Change in Russia
Washington has repeatedly warned the Kremlin about "the costs" Russia would pay if it did not change its stance regarding Ukrainian affairs. Over the year, as anti-Russian rhetoric grew in the US, prominent officials in the Obama administration have started openly discussing defensive and lethal weaponry supplies to Ukraine. Zbigniew Brzezinski emphasized that Washington should not step in while the ceasefire in eastern Ukraine appears to be holding. The former national adviser warned that the US involvement could be exploited "to justify a resumption of conflict."

According to Dr. Brzezinski, Washington ought to try to make an agreement in which some of Moscow's interests and some of American interests are rendered mutually compatible. Although Ukraine will most likely become a democratic member of the European Union one day, NATO should send a clear signal to Russia that Ukraine will preserve its non-aligned status, Zbigniew Brzezinski emphasized.

© Flickr / Jim Nix
There Cannot Be a Final Split Between Russia and Europe - Lord Watson
"We should tell Putin quite quietly, without seemingly trying to humiliate him, that if he does start military activities, we have no choice, politically or otherwise, but to give some weapons to the Ukrainians," Brzezinski pointed out, adding that the Ukrainian conflict could not be settled through the one-sided approach.

While American political analysts including Zbigniew Brzezinski persist in claiming that Russia is directly involved in Ukraine's military conflict, the Kremlin dismisses these groundless allegations and point to the fact that Washington has failed to provide any evidence of Russia's "aggression" in Ukraine.

Russia is not conducting any military operations on the territory of Ukraine and is not targeting its political sovereignty in full compliance with the Budapest Memorandum on Security Assurances, Moscow underscored.

Brzezinski Says Conflict in Europe Should Not Turn Into Worldwide Collision