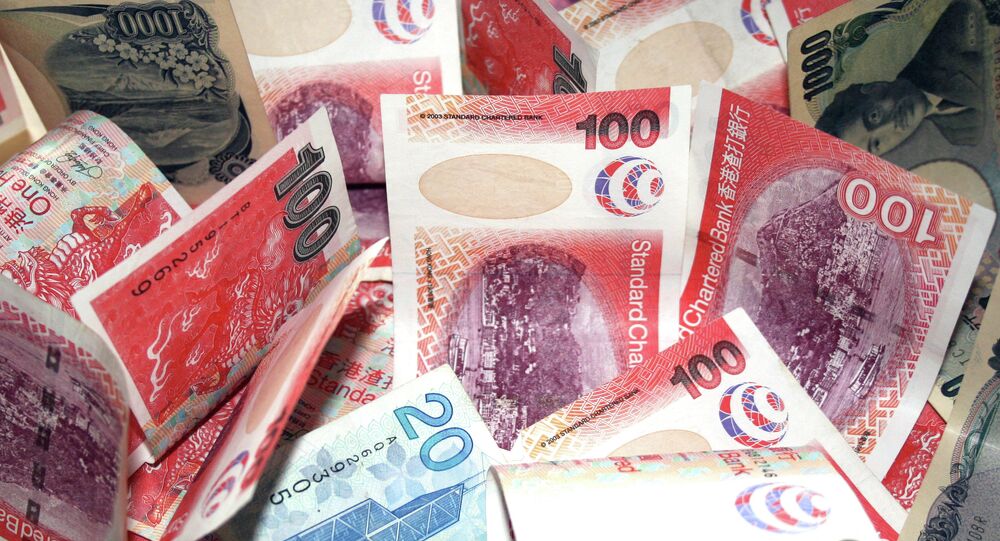 A number of European states decided to join the Asian Infrastructure Investment Bank (AIIB) planning to pursue an economic presence in Asia.

MOSCOW (Sputnik), Anastasia Levchenko – The European countries that have decided to become members of the China-backed Asian Infrastructure Investment Bank (AIIB) want to ensure an economic presence in the most dynamic economic region in the world, experts told Sputnik on Tuesday.

AIIB is a Chinese alternative to Western-dominated financial institutions, such as the World Bank or International Monetary Fund, focusing on investment in the development of Asia's infrastructure. A number of European states have decided to join the AIIB despite US concerns.

© Sputnik / Alexei Babushkin
Soft Power: Beijing Offers Seoul to Join AIIB, Reject THAAD Deployment
"I think the European countries are eager to tap into the development of Asia and to have their companies benefit from bidding process for infrastructure projects. It is sort of an opportunity, mechanism, through which they can increase their role in Asia on the economic front," Elizabeth Economy, director for Asia studies at the Council on Foreign Relations, told Sputnik.

The United Kingdom was the first US ally in Europe to sign up as a member of AIIB. Although the move triggered apparent criticism from the United States, it has been followed by France, Germany, Italy and Luxembourg.

"Asia is the most dynamic economic region in the world, and Europe would like to play a more active role there… In many respects it [membership in AIIB] will just give them a foot in the door basically," Economy said.

liondw
Key EU Countries Join China-Backed Bank Despite US Protests
At the same time, the AIIB's potential to become a competitor for the World Bank is doubtful, as the institution first needs to adopt good government standards.

"If they adopt good government standards and adopt good lending practices, then although this is a different institution to the World Bank, it should help the global economy and help the international order," Thomas Wright, fellow and director of the Project on International Order and Strategy at the Brookings Institution, told Sputnik.

The analyst also noted that if anti-corruption, government and other standards are not observed, it will weaken the global financial order as a whole.

In this context, it is crucial for the European states that have decided to join the AIIB to make it clear "that they insist on certain standards for the bank, including anti-corruption, environmental standards and transparency," according to Wright.

March 31 has been declared the deadline for accepting founding members to the institution.

The bill establishing the AIIB was signed by 21 countries in October 2014, including Singapore, Malaysia and Kazakhstan among others. Switzerland, South Korea and Australia are also considering joining the bank.