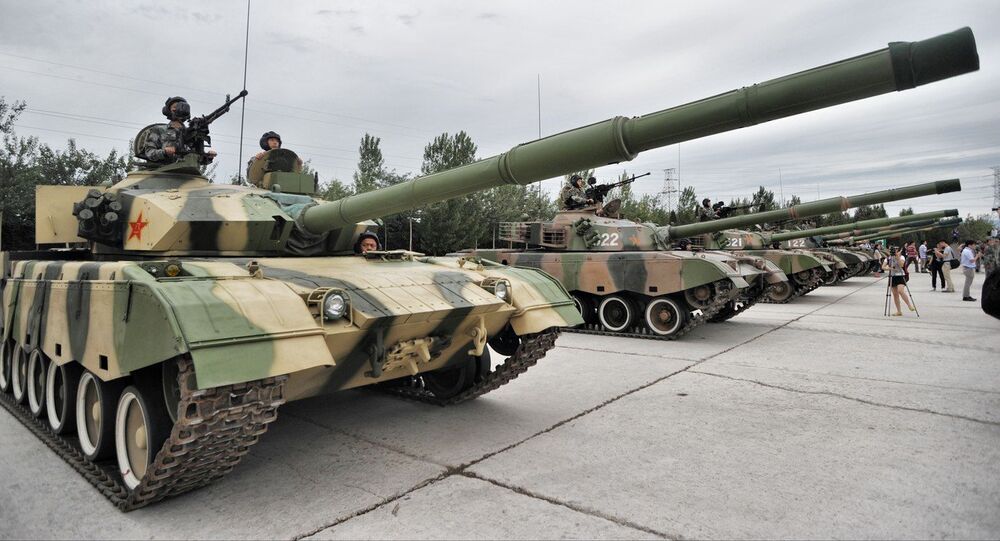 Experts say that China should only be placed 10th in the global arms exports rating in spite of the increasing weapons exports.

© REUTERS / Fabian Bimmer
Chinese Tech on Display at German IT Expo
MOSCOW (Sputnik) — There is definitely some evidence that China is increasing its weapons exports, but the pace should not be exaggerated, experts told Sputnik on Monday.

“China is increasing its resources, but they should not be exaggerated,” Russian Defense Ministry public council member Igor Korotchenko said.

On March 16, the Stockholm International Peace Research Institute (SIPRI) published a report, saying that between 2005–2009 and 2010–2014 Chinese exports of major arms increased by 143 per cent, making it the third largest supplier in 2010–14, however still significantly behind the United States and Russia.

Meanwhile, former deputy secretary of the Arms control and reduction Commission Zhai Dequan said that it is too early to say if China has become the third leading arms exporter in the world.

China May Adjust Its One-Child Policy to Improve Demographic Situation

"There is as yet not enough evidence to say that China has become the third largest arms exporter, but given the economic growth and technological progress military exports may increase," Zhai Dequan told Sputnik.

According to Korotchenko, China should only be placed 10th in the global arms exports rating, accounting for 2.4 percent of the total volume of arms exports worldwide.

SIPRI’s data reflects the volume of deliveries of arms, not the financial value of the deals. Its database on arms transfer contains information on all international transfers of major conventional weapons, including sales, gifts and production licenses, to states, international organizations and armed non-state groups.

Majority of Chinese Believe Their Military Could Crush US and Japan

China May Adjust Its One-Child Policy to Improve Demographic Situation