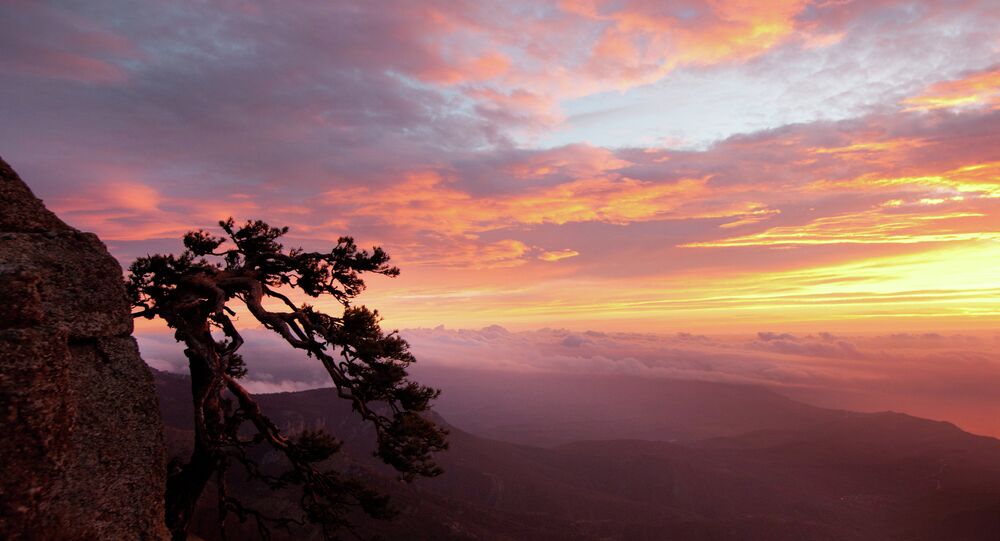 West to Recognize Crimea Only if Ruling Elites Change

One day, when ruling leaders in the EU and the United States will change, the West would eventually recognize Crimea’s reunification with Russia, political analyst Jon Hellevig told Sputnik.

MOSCOW (Sputnik), Daria Chernyshova — The West will not recognize Crimea’s reunification with Russia unless elites in the European Union and the United States are replaced, as the existing leaders seek Russia’s unconditional surrender, experts told Sputnik news agency Monday.

© Sputnik / Andrey Stenin
Referendum on Status of Crimea in Facts and Details
“One day eventually the West will have to admit that Crimea is legally a part of Russia, but it might take a long time,” political analyst Jon Hellevig told Sputnik adding that it might happen “through a settlement of a future global crisis perhaps involving the break-up of the European Union or at least a cardinal change of the present ruling elite of the EU countries.”

Former State Secretary in the German Ministry of Defense Willy Wimmer noted that Russia has been under attack since the predominantly Russian-speaking peninsula rejoined Russia in March 2014.

Wimmer said the West uses “all political and economic means to achieve one objective: unconditional surrender in Moscow to get in control of the enormous Russian natural resources.”

CRIMEA BETTER OFF IN RUSSIA

The reunification of Crimea with Russia has benefited the population of the Black Sea peninsula, Jon Hellevig told Sputnik outlining three major aspects.

© Flickr / d1mka vetrov
Crimea a Year Since Reunification With Russia: Looking Boldly to the Future
“The overwhelming majority of Crimeans always considered themselves as Russians, for them the reunification was a dream come true and it cannot be measured in money,” Hellevig said.

In terms of security, Hellevig noted that reunification with Russia ensured the safety of the Crimean population from the “nationalist terror spreading to Crimea in the wake of the violent coup in Kiev.”

Willy Wimmer, who also served as vice chairman of the parliamentary assembly of the Organization for Security and Co-operation in Europe (OSCE) told Sputnik that Russia’s decision on Crimean reunification prevented a potential regional, or probably a nuclear war.

“Due to the enormous strategic importance of the Crimea and the actual challenge for world peace, it had been a reaction of enormous importance, not to allow the Crimea to be the trigger of a European and even nuclear war,” Wimmer said.

Russia marks first anniversary of Crimean referendum. What is your attitude towards it after one year?
Voted: 2
All polls
Two days after Crimea held a referendum on its status, Russian President Vladimir Putin signed a reunification treaty so that the Republic of Crimea and Sevastopol were officially recognized as federal subjects of Russia.

Wimmer said that if it had not reunified with Russia, Crimea would have been under US control, as the origin of the whole crisis in Ukraine is the West’s efforts “to organize a spearhead in a political, economic and military sense against a peaceful neighbor and a reliable economical partner of us, the Russian Federation.”

The West considers Crimea’s referendum in which the overwhelming majority opted for the peninsula to join Russia, as an “illegal annexation” and imposed several rounds of sanctions on Russia. Moscow has also been accused of reviving its imperial ambitions, which most recently prompted European Commission President Jean-Claude Juncker to suggest creating a European army.