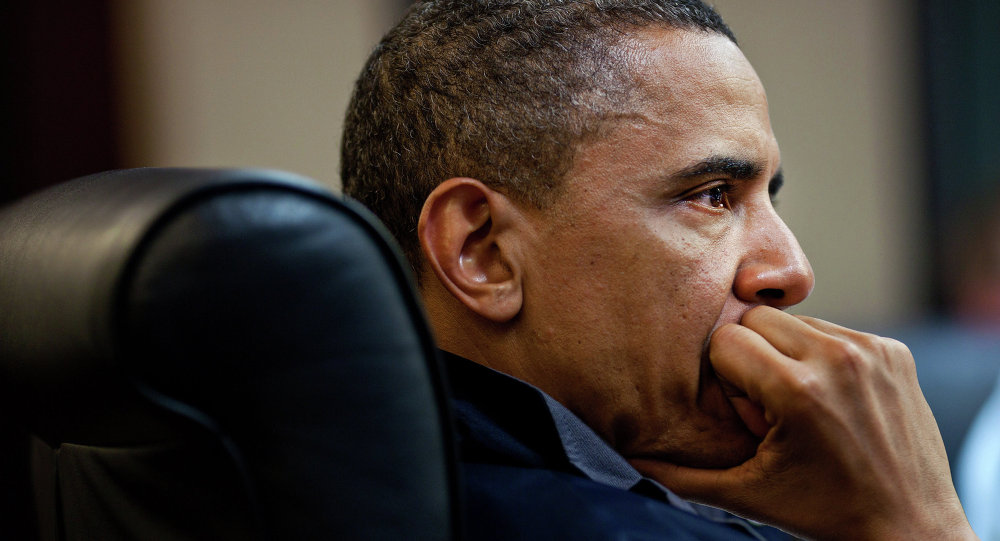 Experts claim that Obama approved a non-lethal military aid package for Kiev to diffuse pressure from members of US Congress.

WASHINGTON (Sputnik) — US President Barack Obama approved a non-lethal military aid package for Kiev to diffuse pressure from members of US Congress that have been urging the White House to send Ukraine heavy weaponry, experts told Sputnik.

"The $75 million announcement by the [US] State Department for additional non-lethal aid to Ukraine is intended to relieve some of the political pressure in [Washington] D.C. behind sending lethal aid to Ukraine," Wilson Center scholar Michael Kofman told Sputnik on Wednesday.

The United States will provide Ukraine with non-lethal aid that will include equipment like drones, Humvees, radios and counter-mortar radar, US government officials said on Wednesday.

Non-lethal aid is preferable, according to Kofman, because by providing lethal aid the Obama administration would be held responsible for increases in violence in Ukraine that are likely to come by sending weapons.

© Sputnik / Igor Mikhalev
US Senators Urge Appropriations Committee to Fund Lethal Aid to Ukraine
Carnegie Endowment of International Peace scholar Balazs Jarabik said the White House needed to act in order to silence mounting voices in Washington that have been clamoring for arms.

"I think this is the Obama administration trying to relieve the pressure on the growing chorus [to] arm Ukraine [with] lethal aid," Jarabik said.

Former Pentagon analyst Sean Kay lent credence to the notion that Obama's move was more about perception. According to Kay, shipping drones and armored vehicles to Kiev does not represent a major shift in policy.

"These are non-lethal pieces of equipment, so it would be a mistake to read into it as a change of policy, as some have advocated for. Given that Ukraine needs its entire military rebuilt pretty much from scratch, these aren't exactly major investments," Kay said.

Injecting lethal assistance into the equation would only intensify the Ukraine conflict, which would not be in America's best interests, Kay added.

"It's very unclear what a change in policy on this would achieve aside from entangling America in a conflict backed up against a nuclear-armed and unpredictable Russia," Kay concluded.

© REUTERS / Kevin Lamarque
Obama Undecided on Providing Lethal Aid to Ukraine - White House
Former Canadian government official Patrick Armstrong said a number of recent moves by the Obama administration, including sending drones to Ukraine, threatening Russian ally Vietnam over use of a naval base, and levying more sanctions against Russian individuals and entities, signify that the United States is desperate.

"Consider what March 2015 was supposed to look like: new government fully in control [in Kiev], US warships visiting Sevastopol, the Russian Navy being given its eviction notice, NATO fast-tracked, [and] Hunter Biden fracking away," Armstrong told Sputnik.

Armstrong explained that high expectations led to a bitter disappointment after Obama's policies failed to achieve these lofty aspirations.

"In essence, Washington has run out of ideas, so they send some Humvees and small drones [to Ukraine], try to bully Vietnam and put a few more people on a [sanctions] list. These are not the actions of winners," the former Canadian government official said.

Last Wednesday, a group of bi-partisan US lawmakers sent a letter to Obama urging him to provide Ukraine with lethal weapons. The lawmakers accused the President of not using his full authority outlined in the Ukraine Freedom Support Act signed by Obama in December.