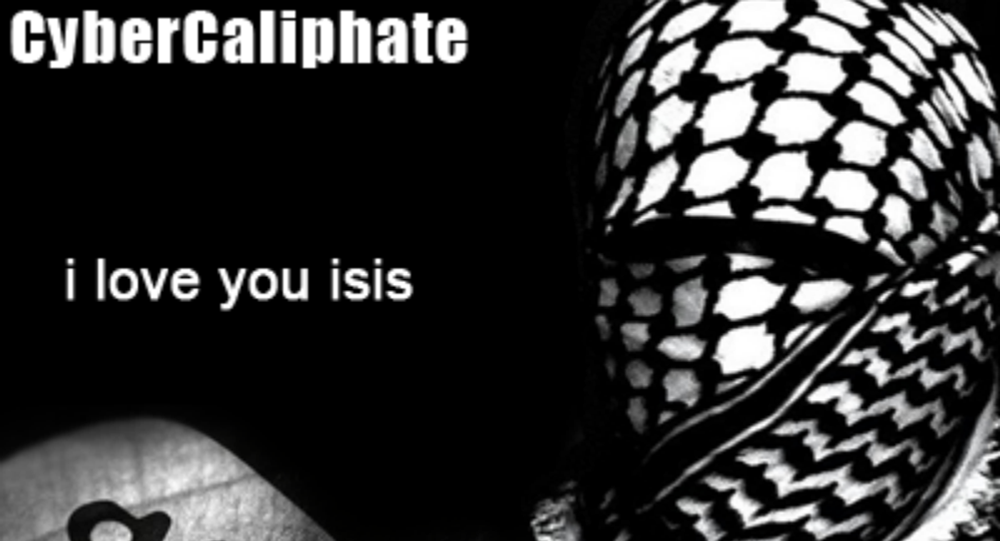 Experts claim that a considerable part of social media experts recruited by the notorious ISIL terrorist group were educated in the Western Hemisphere.

On Friday, a report on ISIL activity in Twitter was released by the Brookings Institution think tank saying that the radical group boasts from 46,000 to 90,000 pro-ISIL Twitter accounts.

Behind the ISIL massive social media campaign, including that in Twitter, there is an 'army' of professionals and media experts that received their education in Western countries.

"They [ISIL] managed to recruit a lot of Islamists from the Western Hemisphere and also from the United States… Most of them are graduates and have been exposed to the Western culture," a research analyst with the Carnegie Middle East Center Mario Abou Zeid told Sputnik.

Program coordinator at the European Council on Foreign Relations (ECFR) Hugh Lovatt agrees with his colleague, saying that a lot of ISIL social media experts are "from outside the Middle East" and that they are "well-educated people that have gone to universities."

© Flickr / Ricardo Alguacil
My Enemy is Your Enemy: How the CIA and Anonymous Can Tag Team ISIL
As for the goals that the Islamic State is pursuing in social media, the ECFR program coordinator told Sputnik that the group is "trying to get its message across to Western audiences and trying to convert radicalized people."

Hugh Lovatt added that the radical group carries out its social media policy in a "much more concerted and sophisticated way" than all terrorist groups and networks ever before.

Mario Abou Zeid with the Carnegie Middle East Center specified that the ISIL has two main goals: "to attract more people to their cause and secondly — to plant fear into the hearts of their enemies."

Program coordinator at ECFR Hugh Lovatt separately noted the fact that social media now play a great role in the promotion of both radical and civil rights views in the Middle East, mostly due to the events of the Arab Spring.

"Social media has been important in terms of the Arab Spring," Lovatt said, adding that the the interest to such online networks arose because of the censorship that existed and continues to exist in the countries of the Middle East.

"It was absolutely a revolution in the way that social media has been used to mobilize people with common goals or aims," the program coordinator said.

© REUTERS / Thaier Al-Sudani
Iraqi Forces Push ISIL out of Al Baghdadi With Coalition Aid - CENTCOM
An estimate of even 50,000 Twitter accounts led by ISIL or the group's radical supporters is indeed a great number. However, according to the study, released on Friday, 60 percent of those accounts were created last year alone. That fact, according to Abou Zeid, is a call for action.

The Carnegie researcher told Sputnik that at first, the world's intelligence agencies were using jihadists' social media accounts to locate and track them. But with the excessive number of such accounts the situation "became really dangerous."

"It is time for the international community to put more pressure on those social media outlets to try to reduce the presence and the space available for them [ISIL] to spread their messages," Abou Zeid told Sputnik.

The Sunni extremist group has been fighting is Syria and Iraq since 2014, capturing large areas in the region. The group is notorious for brutal killings and abductions. The US-led international coalition, comprising over 60 countries, began airstrikes against the militants in Iraq in August 2014, later spreading the bombing to Syria.

Denmark Has No Plans to Boost Military Efforts Against ISIL