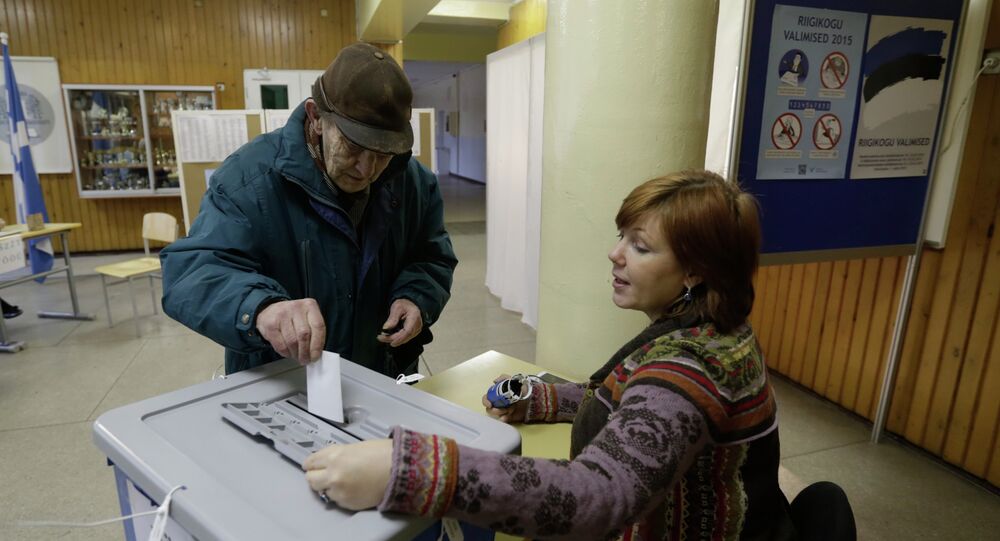 Estonia's general election is a head-to-head contest between the ruling center-right Reform Party and the pro-Russian Center Party, experts claim.

Ekaterina Blinova — Estonia's ruling center-right Reform Party and the pro-Russian Center Party are competing head to head in a general election on Sunday, according to experts.

© Wikipedia / Ave Maria Mõistlik
Estonian Mayoral Candidate Put on Interpol List On Eve of Election
While the country's Prime Minister Taavi Roivas has pledged to form a new pro-NATO coalition, the opposition Center Party has repeatedly called upon the government to re-establish ties with neighboring Russia.

According to the latest poll conducted by an independent research company Turu-uuringute AS, the pro-Russian Center Party leads with a five percent gap. However, another survey, carried out by TNS Emor about a week ago, indicated that the Reform Party had a one percentage point advantage over its main political rival. The Reform Party together with the Social Democrats holds a majority in the 101-member Estonia's parliament.

Roivas' Reform Party is currently fuelling fears over Russia's "invasion," exploiting the myth of possible Moscow's "aggression." In contrast, the Center Party which is likely to get 70 percent of the Russian-speakers votes, sees Moscow as a potential ally and a guarantor of peace and stability of the Baltic State, once a prosperous Republic of the Soviet Union. The party vowed to help the poor, promising to increase minimum monthly wages from 390 euro ($437) to 1,000 euro ($1,120).

Experts stress that the Reform Party and the Center Party differ tremendously over tax policy and wages issues. It is expected that preliminary results of the general election will be published at 18:00 GMT, after polls close. However, it could take hours before the final results of the head-to-head contest are unveiled.

US, Estonia to Launch Reserve Forces Partnership – US Department of Defense