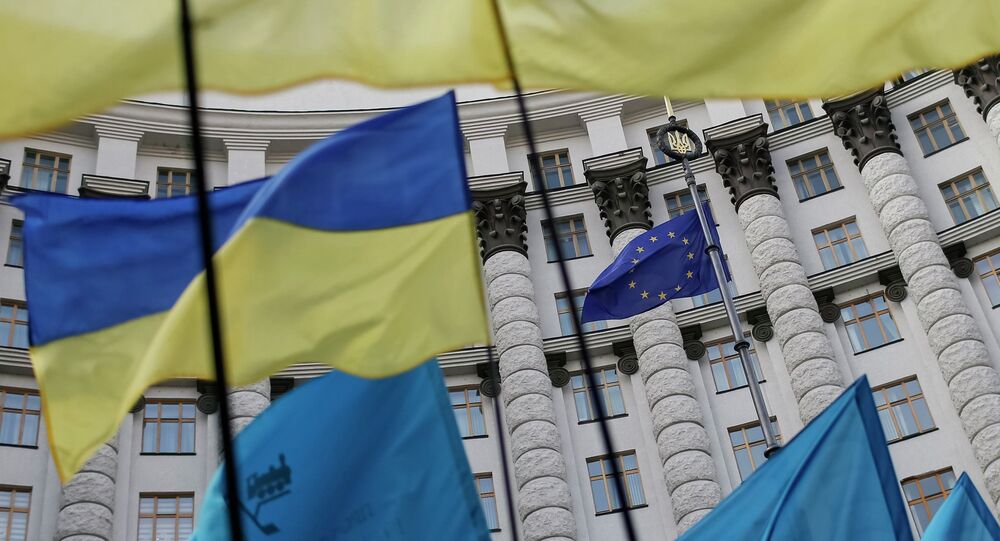 Czech political commentator Alexander Tomský argues that Euro-Atlantic civilization's hubris has led it to make political and security promises to Ukraine which it cannot possibly keep.

© AP Photo / Michael Sohn
Europe is Too Big for Its Boots, Should Not Pose as ‘Chosen Civilization’ - Czech FM
Czech political scientist and publisher Alexander Tomský argues the United States and Europe, having given in to self-deification, have made promises to Ukraine which are not possible to keep.

In an article for Czech news hub Aktualne.cz entitled 'The West's Dangerous Idealism', Tomský asks the rhetorical question about why the US and Europe chose to make promises to Ukraine about the possibility of joining the EU or NATO, even though they are obviously not possible to fulfill, since it would lead to conflict with Russia.

In Tomský's view, "the answer is simple: Americans and Europeans are driven by a belief in a single (and inevitable) world of human rights, democracy, free markets and a single global market." However, Tomský notes that Euro-Atlantic civilization is also "prone to self-deification," and "as a result, the union standing at the avant-garde of the future world knows no boundaries."

What do you think is the most important event of the week?
Voted: 971
All polls
Tomský believes that Ukraine, "balancing between the West and the East," has been caught between the idealist Euro-Atlantic civilization and Russia, another messianic civilization emphasizing different values, including the idea of community rights over individual freedoms. Tomský notes that Ukraine's status has not been easy to endure, the country losing "more than a quarter of its population" in the "quarter century of its existence," the nation slowly dying out and "millions immigrating to Russia or the West."

Tomský implores Western civilization to act with more realism in its geopolitics, noting that American 'imperial democratic' interventions, like the ones "in Afghanistan, Iraq and Libya, contribute only to more chaos and bloodshed."

Ultimately, the publisher argues that the idea of world civilization following a single set of rules, and observing a single set of values, is not compatible with freedom, and that the world is better off being heterogeneous. "We can disagree, but why contribute to an escalation where we will die for others' interests," Tomský concludes.