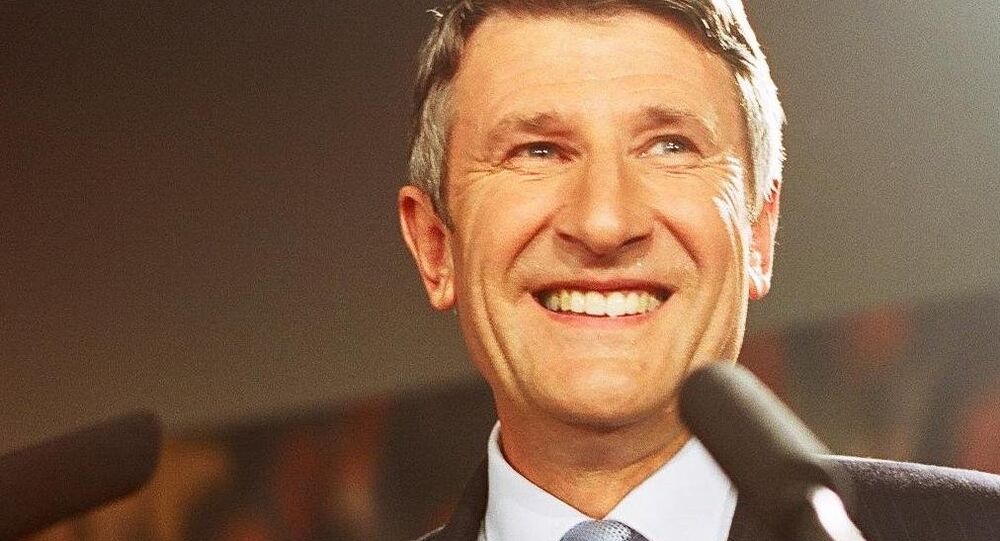 Conservative French politician Philippe de Villiers has praised President Francois Hollande for his role in the Normandy Four negotiations on the conflict in Ukraine, noting that his country and Europe as a whole would be better off by showing more independence from Washington.

© AP Photo / Michael Sohn, pool
Lavrov: All Parties Agree Situation in Ukraine Has Improved
In an interview for France's Le Figaro on Monday, Philippe de Villiers, leader of the Movement for France party, noted that he believes his country should continue the show of independence from Washington demonstrated by Francois Hollande through his participation in the Normandy Four format of negotiations for peace in Ukraine.

Speaking about the Minsk peace agreements and the Normandy Four, which includes France, Germany, Russia and Ukraine, but not the US, Villiers stated that "these agreements show that only when Europe speaks for Europe is a real peace possible."

Villiers noted that "Europe must no longer write its own future with the help of the American pen. Francois Hollande has behaved as a real head of state, not paying attention to American instructions. He was able to resist the demands of the US, which had demanded Ukraine's entry into NATO."

© Sputnik / Valeriy Melnikov
No Evidence of Russian Military Hardware Presence in Ukraine – Hollande
Mr. Villiers added that "now efforts must be made to ensure that France continues on with this first positive emancipatory step. Hollande must now give the Mistrals over to Russia and, in so doing, respect the commercial agreement signed by France, for which the Russians paid a billion Euros."

Stepping out against Europe's sanctions policy, Villiers noted that France "must also lift the sanctions which today serve as acts of war, more harmful to the French economy than they are to that of Russia, and which to not have any impact whatsoever on the American economy."

Speaking about Russian President Vladimir Putin, Villiers told Le Figaro that the president's vilification by much of the Western media is just an excuse to promote policies favorable to the US: "The US wants Europe to become the fifty-first starlet on the American flag," Villiers noted, and "in order to achieve this it must ensure that Europeans are indentured to NATO. Vladimir Putin is the perfect excuse, the ideal devil."

Villiers noted that in reality, Putin "is not for the dismemberment of Ukraine. He simply wants the recognition of the mother tongue in Russian-speaking regions, status for them, and finally, neutrality of Ukraine in relation to NATO." In the politician's view, the violence in eastern Ukraine was the result of a "a coup fomented by NATO," following "a mistake by the Ukrainian government, [which threatened] to prohibit the Russian language," and then "the American pretension to see Ukraine enter into NATO."

Putin Warns Kiev Against Blaming Territorial Losses in Donbas on Russia
Mr. Villiers, whose conservative, Eurosceptic party rejects what it views as the excessive political correctness of European liberalism, also noted that in his view, Russia has seen "a true restoration of moral, civic, patriotic and spiritual values," which he believes to be absent in France, which has been "locked into a cage" by negative epithets given to patriotic, traditionalist and socially conservative feelings.