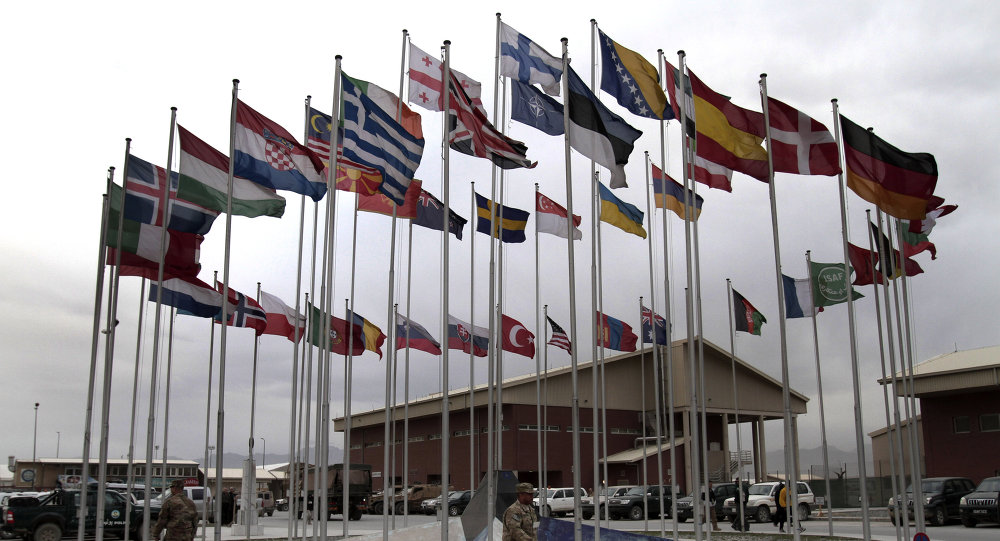 NATO should not join Ukraine, Western experts say, citing security concerns. The country should become a neutral buffer state, while its eastern region should be given autonomy. 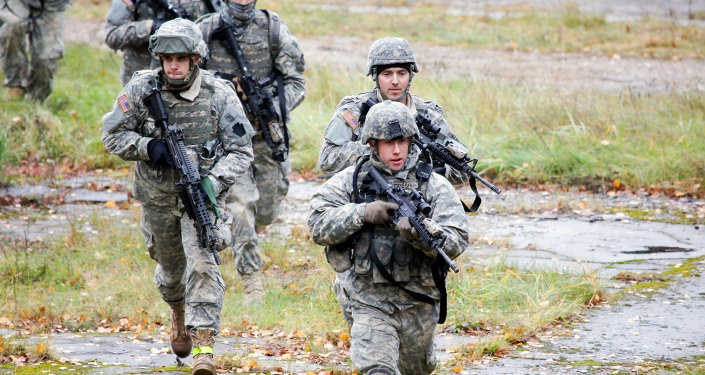 US Army / Sgt. Stephen A. Gober
'Nonexistent Eastern Threat' Pretext for NATO Buildup in Europe – Moscow
Ekaterina Blinova — While the Western warmongers are beating the war drums, urging Washington to arm the Kiev regime and incorporate Ukraine into NATO, there are some dissenting voices in the West labeling such an approach as dangerous and ill-conceived.

On the eve of February 21, the anniversary of the beginning of Ukraine's crisis, Western experts admitted that 2014 was the toughest in the country's history. The new government evidently failed to establish order or to bring the country out of its economic crisis. Remarkably, for twenty-five years since the collapse of the Soviet Union, Ukraine's authorities have proved incapable of governing the country, notes James Carden, a Washington-based expert and former Advisor to the US Department of State.

A series of regime changes in Ukraine has not facilitated the country's development, since the new governments were often as corrupt as its predecessors. Moreover, the present regime, involved in an internal strife against its own people in the eastern Ukrainian regions, has committed war crimes, according to Human Rights Watch, Amnesty International reported. In the light of the Ukrainian political crisis the West should think twice before incorporating Ukraine into NATO, the expert said, adding that the main consideration should be not whether NATO will ensure Ukraine's security, but whether Ukraine will improve the security of the Alliance.

© Photo : Taken from YouTube
Peace in Ukraine? Poroshenko Ally Predicts NATO Airstrikes Soon
So far, he stresses, Ukraine does not get a voice on whether it will join the bloc, denouncing dangerous political naivety of those who support revolutions across the globe, turning a blind eye to the undesirable and dangerous consequences.

Another Western expert, John J. Mearsheimer, an American professor of political science at the University of Chicago, warned Washington against arming Kiev regime and denounced the idea of NATO expansion in Ukraine. By granting Ukraine Alliance membership, the West will inevitably exacerbate its relations with Moscow. Russia's geopolitical interests should be taken into consideration the expert pointed out, referring to the US Monroe Doctrine: Washington would never tolerate its neighbors joining military alliances led by its distant rivals, he pointed out. On the other hand the "defensive" weaponry supplies to Kiev will not guarantee President Petro Poroshenko's victory over the  East Ukrainian militias and will only escalate the crisis. According to the professor, Ukraine should become a neutral buffer state between NATO and Russia.

A nonaligned Ukraine's status as well as substantial autonomy for its Eastern regions would facilitate resolution of the ongoing crisis the experts underscore.