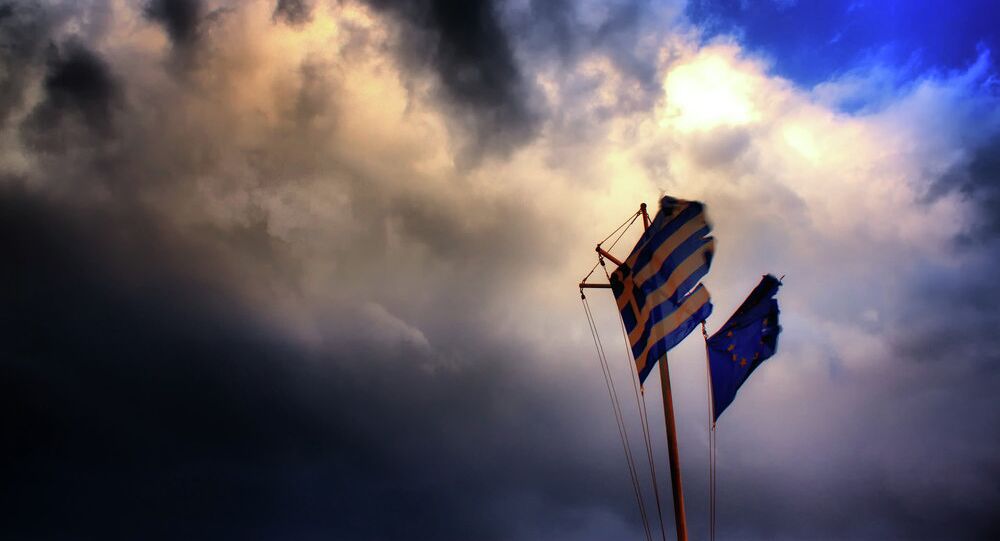 The dreams of the Central Planners who thought they could build a pan-European utopia will soon be shattered by the upcoming exit of Greece.

Andre Alessandro — In a few days, the first cracks in the Euro will break open and will soon bring the whole system crashing down.

And so they built a tower to into the sky, reaching for the heavens…

The birth of the European Union and the Euro was the culmination of many lofty dreams of professors, politicians, and other technocrats. It was a grand design, uniting numerous cultures, races, and peoples under one flag. The representative bodies were planned to subsume under the rule of the central unified parliament and a new era of European history would unfold.

The former currencies left behind, lira, mark, franc, are now historical remnants of a time past, when wars raged across Europe and nationalism drove politics. In its wake, Europe was eager to leave behind the bloody events of the 20th century. Two world wars nearly destroyed the entire continent and the scars still feature prominently today.

…And the people were bound together and unified, nothing was impossible for them.

© CC BY-SA 2.0 / Images Money / Euro
Greece Should Leave Eurozone – Former French President
The last 50 years of Western European history was a central planners dream, a blank slate upon which a new Europe was forged. War powers were shifted from militaristic to economic goals. Germany was rebuilt into the great manufacturing power it is today. France, Italy, Spain all enjoyed multi-decade years of growth. From the wreckage of war, a new era of European power was born.

The hubris of these planners culminated in the creation of the EU and the Euro. Their shining example of what cooperation between nation-states could achieve.

Now, almost 22 years have passed since the introduction of the Masstricht treaty's Euro and the entire system is on the verge of collapse. Brussels and the ECB are scrambling to try and undo years of corrupt deals and agreements that stripped Greece of its dignity and fostered the ruling leftist Syriza and the growing right wing Golden Dawn parties. Both have proclaimed they will not further suffer the cannibalistic policies of the Troika any longer. The dream of a unified Europe is on the ropes and there may only be days left to save it.

The root cause of the cracks driving Greece away are misallocated and corrupt power, money, and influence. The institutions of the EU and ECB were built with high ideals, but the individuals who run them are political animals whose primary duty was to corporations, the wealthy and minimizing the appearance of exploding sovereign debt.

Politicians live to be re-elected and to do so they have to keep their constituent base happy. Thus, subsidies, loans and grants were dished out in ever greater numbers to lure a complacent public into casting their vote for whomever provided for them most. Greece's technocrats mis-used billions of dollars of EU loans to placate their populace for years and to entrench an elite class of bankers, businessmen and other power hungry individuals into power. By doing this, they left the country in economic shambles, unable to provide its own citizens jobs and opportunities and devoid of any meaningful competition.

© Flickr / Jim Forest
Ukraine Greets the 19th Century as it Becomes Europe's Latest Colony
In a non-unified market economy, FX rates punish governments who spend into excess and print untold amounts of money. Currency devaluation leads to rising prices for food and other basic amenities, especially imports. Once prices reach exuberant levels, revolutions tend to sweep out the corrupt elites and a new system can be drawn up.

In the case of Greece, they will never be able to pay down their debts by the current agreements. Its citizens will starve first before they ever pay down their debt. Current EU debt stands at €12 trillion dollars, with the Greek portion making up more than €300 billion. Recent comments by Greek FinMin Yanis Varoufakis were uncomfortably true when he said that his country is “insolvent” and “bankrupt.” He is correct is his understanding that the house of cards the Euro was built on can easily come crashing down if any one country decides to pull out.

Their debt is not owed to their populace, but the to creditors of Europe, the all-powerful Troika, who declared there will be no negotiations. So, Alexis Tsipras has demanded the Troika listen to the will of his people, rather than the planners in Brussels. Neither side can let the other win.

But they cannot repress the voice of those Greeks who are tired of mass unemployment, of little hope for the future, and of seeing their country waste away. It is time for Greece to reclaim its sovereignty. It is time for Greece to stop bowing to the wishes of the Central Planning elite who have condemned them to an impossible debt burden. Athens needs to split the cracks of the Euro and leave, bringing down walls for debt restructuring or exit for Italy, Cyprus, Portugal and Spain.

The Central Planners have failed in their European experiment. The pain they have wrought is finally starting to outweigh their lofty ideals. Soon, if and when Greece leaves, they will be the brick pulled out that brings down the Euro and liberates the continent for market driven growth again.