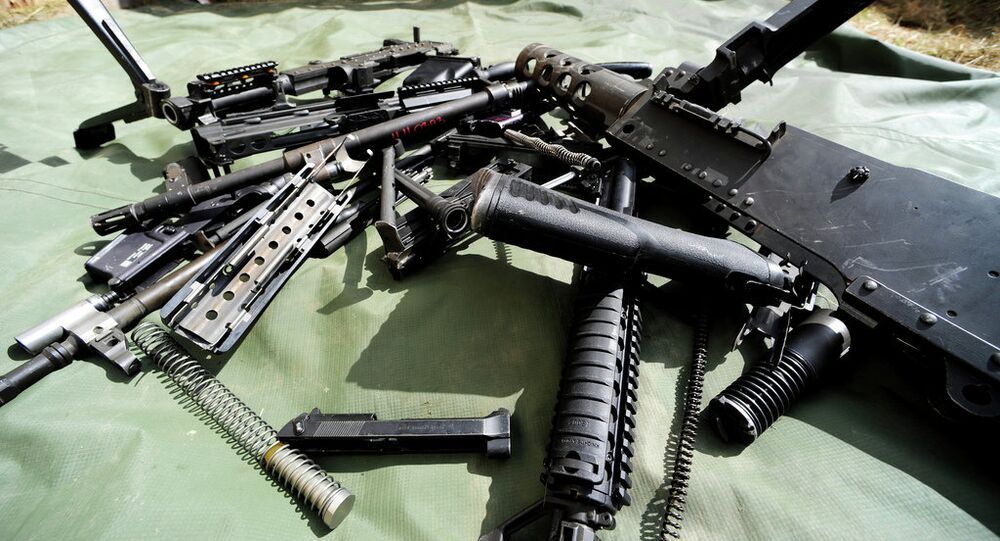 Possible US Weapon Supplies to Ukraine Could Lead to Military Solution

According to one of the experts, the possibility of the US supplying weapons to Kiev poses a security risk for the EU.

"If one big power such as the United States favors the military option, there will be a dynamic for all parties involved to try to find a military solution, and not a diplomatic one," George Kapopoulos, a senior political analyst for the Greek business magazine Imerisia, told Sputnik.

According to Kapopoulos, the possibility of the US supplying weapons to Kiev poses a security risk for the EU, which made "an irresponsible step" in November 2013 when it supported the Maidan protesters.

Meanwhile Stevan Gajic, Research Fellow at the Institute for European Studies in Belgrade told Sputnik that in the event that the United States provides Ukraine with military assistance, the current ceasefire would be a "breathing spell that will be followed by a storm."

© Sputnik / Alexei Druzhinin
US Supplying Lethal Arms to Ukraine Would Breach Minsk Agreements - Speaker
The expert's uncertainty over the observance of the Minsk agreements is based on the idea that the United States is "conducting a policy against Russia and ending the conflict in the East of Ukraine is not in the framework of their interest."

According to George Kapopoulos, the observance of the current Minsk agreements depends on whether the mediators of the Minsk negotiations have enough influence on both sides of the conflict.

"From the Russian side there is credibility, because the Russian government not only controls its own forces, but can influence the rebels in Eastern Ukraine," the expert said.

At the same time Kapopoulos mentioned that he cannot objectively evaluate "to what extent the governments of France and Germany control the Poroshenko-Yatsenyuk government in Kiev" and admits that there could be "directives from other countries."

Ukrainian Military Pulling Out of Debaltseve