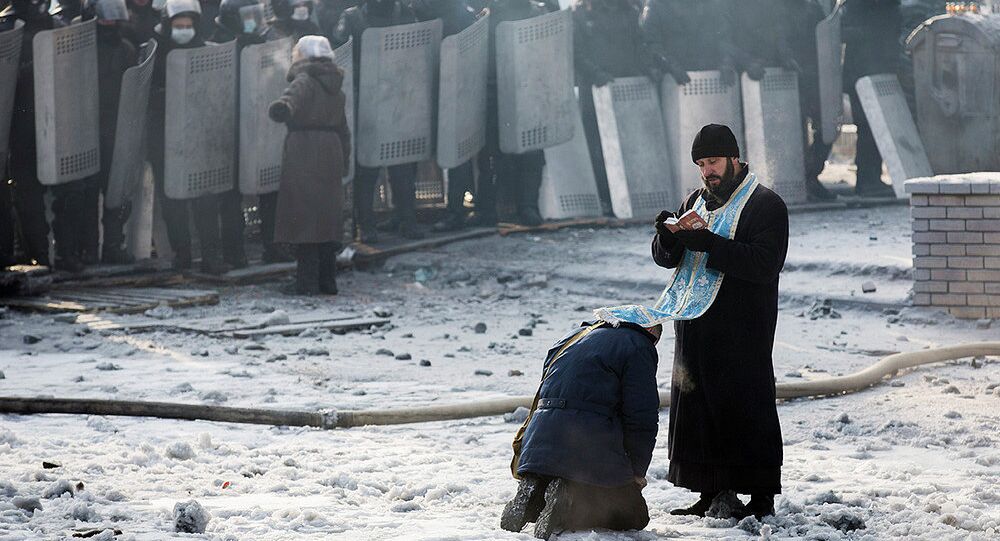 In an exclusive interview to Sputnik, Michael Hudson, President of the Institute for the Study of Long-Term Economic Trends said that the International Monetary Fund's (IMF) loans to Ukraine have no intention of being used to solve the country's economic problems.

© Flickr / International Monetary Fund
G7 Endorses ‘Ambitious’ IMF Reform Program for Ukraine
Instead, they are meant to be used to make Ukraine repay its current obligations on the one hand, and to be embezzled by Ukrainian officials and oligarchs on the other, in exchange for their carrying out of austerity and privatization policies.

The loan is not intended to restore Ukraine, it's intended to indebt Ukraine so much that it will then say: "Well, Ukraine, you have to pay back the money the IMF has lent you, you have to begin privatizing your resources."

However, Hudson does not see the austerity and privatization as an attempt to reform the Ukrainian economy, but rather as a mechanism for a wealth transfer to the United States and Europe:

It's certainly not going to be very good for the Ukrainian population, I would expect in the future a revolution to overthrow the oligarchs that came in. They are there trying to basically sell what they have to the Westerners, take the money that they get from the Americans and the Europeans, move this money immediately out of Ukraine, take their money and run, leaving Ukraine even more indebted.

© Sputnik
Fitch Rating Agency Downgrades Ukraine Debt, Default Probable
Hudson sees Ukraine as a case of the IMF being used to carry out economic colonization, similar to debt crises in the Third World in the 1970s and 1980s

This is the first time that the IMF strategy that was used toward Latin America and Africa has actually been applied to European countries, to Ireland, Greece and Ukraine. Right now they're beginning to look like the old colonized Latin America. And until they have an alternative, they're going to keep falling into the same trap.

However, as Hudson sees it, it is not possible to change this cycle within the confines of the IMF, which to him exists for the purpose of aggressive economic policy, but rather through alternative international development banks and loan institutions.

$17.5 Billion Bailout Approved By IMF May Not Be Enough